In an e-mail this week to members of the ABC Children’s Group, the American Booksellers Association announced the date and location for its third institute developed specifically for children’s booksellers. The 2015 ABC Children’s Institute will be held from Sunday evening, April 19, through Tuesday morning, April 21, immediately following the Los Angeles Times Festival of Books, at the Hilton Pasadena, just steps from Vroman’s Bookstore.

“Even before the enormously successful ABC Children’s Institute was concluded this past April in San Antonio, booksellers, publishers, and authors alike were all asking when and where would we do it again next year,” said ABC Group Manager Matthew Zoni.

Get the full story at: American Booksellers Association

IBPA Report from the 2014 American Library Association (ALA) Annual Conference 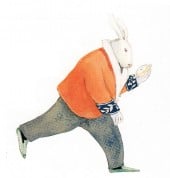 The Best Illustrations from 150 Years of Alice in Wonderland