J.K. Rowling’s charity, Lumos, has helped nearly 12,000 children move out of institutions and be reunited with their families or communities over the last five years. Last week, during a conference she hosted for government officials in London, Rowling was able to meet one of the children she’s helped face to face.

To find out more about Rowling’s charity event, check out the MuggleNet! 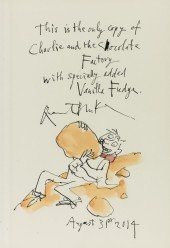