Founded in 1969 by Mabel McKissick and Glyndon Greer, the The Coretta Scott King Book Awards became an officially recognized American Library Association award in 1982 and are one of the most prestigious awards in the world of children’s literature:

The Coretta Scott King Book Awards are given annually to outstanding African American authors and illustrators of books for children and young adults that demonstrate an appreciation of African American culture and universal human values.  The award commemorates the life and work of Dr. Martin Luther King, Jr., and honors his wife, Mrs. Coretta Scott King, for her courage and determination to continue the work for peace and world brotherhood.

In addition to the Orbis Pictus, the NAACP Image Award, and the Boston Globe-Horn Book awards, Pat Cummings is the recipient of several Coretta Scott King Book Awards. Cummings is interviewed along with the author of her latest children’s book, H. Chuku Lee, on KidLit.TV. 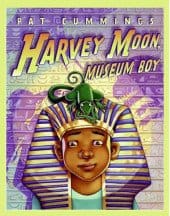 Sample of 'Beauty and the Beast' Children's Book