For all fans of the wizarding world of Harry Potter, a new movie will be coming out this time 2016! According to Slash Film, J.K. Rowling has crossed her “t’s” an dotted the “i’s” in her new script!

“Fantastic Beasts and Where to Find Them” will be set in New York City circa 1920, about seventy years before the start of the Harry Potter series. The first film will follow the adventures of Newt Scamander, a “magizoologist” whose writings on magical creatures would go on to become required reading for Hogwarts students.

To find out more insights on the director and the movie, check out the article here on Slash Film! 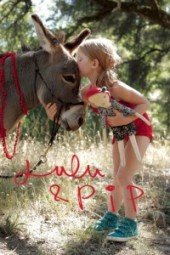 Review of the day: Lulu and Pip by Nina Gruener