John Corey Whaley shares where his idea for his book Noggin came from and what he plans to write next.

This idea came to me by accident when I was working on another book. I was writing a story that I was hoping would be my homage to Kurt Vonnegut Jr. Then, suddenly, I got the idea to have a teenage boy get his head frozen and, in a way, travel through time. This is when I realized that the more absurd an idea I could come up with, the better. And thus Noggin was born

Read the full interview at The Guardian. 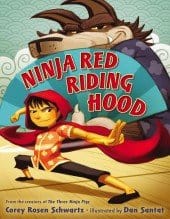