When you take into account the vast influence author Judy Blume has had over multiple generations of readers, it might seem absurd that none of her books have ever made the leap from page to silver screen. You may recall that the author’s “Fudge” series (Penguin) was turned into a Saturday morning television show in 1995, and Otherwise Known as Sheila the Great (Dutton, 1972) was produced as a TV movie (directed by Judy’s son, Lawrence Blume) in 1991, but a major motion picture has, until now, been sorely lacking. 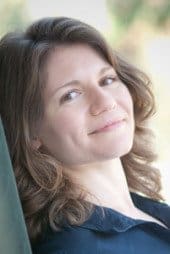