Although he published his first book at 27, it wasn’t until two decades later, after the release of A Prayer for Owen Meany, that John Irving published his most well-known book. Such an arduous career arc isn’t uncommon in the world of literature — unless you’re an anomaly like Douglas Adams, whose Hitchhiker’s Guide was published when he was only 28. While the task of penning a novel is typically rewarding intrinsically, there’s no guarantee that your early, most-cherished work will be the work that goes down in history. 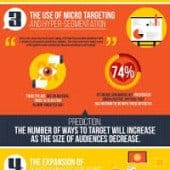 How to Prepare For School Visits With Tracey M. Cox, Children's Author