As a treat for Hanukkah last month, Sandra Stotsky took her grandchildren to the New England Mobile Book Fair in Newton, Mass. They were wandering around aimlessly. The store in a suburb of Boston has 32,000 sq. ft, of books, but the kids had no favorite authors, nothing they’d been longing to read.Stotsky, a self-described “professional Jewish grandmother,” had plenty of suggestions. After all, she’d written the educational standards for Massachusetts’s public schools, which were widely regarded as the best in the country until 2010, when they were replaced with the Common Core. She was appalled when one of her granddaughters eventually pickedCatching Fire, the second book in the The Hunger Games trilogy. 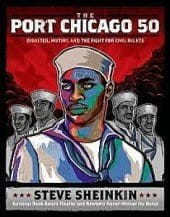 Mondays with Mira Where's My Tushy