Before Selma premiered nationwide earlier this year, for example, many mainstream discussions about the titular city’s voting rights marches focused on leaders such as Martin Luther King Jr. and Rep. John Lewis. ButSelma also introduced many Americans to black women who directly influenced organizing efforts at the time, like Annie Lee Cooper, Diane Nash, Amelia Boynton and Viola Jackson. Before the movie, most people would’ve been hard-pressed to recall any of these women — and there are so many others whose names won’t ever be known. 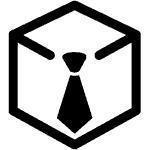