I’ve said before that we are in the midst of a golden age for children’s literature. Well, if the early returns are any indication, 2015 might very well be a new high water mark in the modern era of picture books. There are a staggering number of great titles this year, and none have caught people’s attention more than Matt De La Peña and Christian Robinson’s modern classic, Last Stop on Market Street. 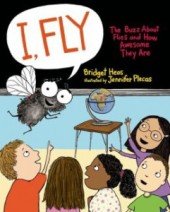