Ruby Bridges, born in Mississippi in 1954, became the center of a political storm of controversy when she was among the first black children to go to a previously all-white school in New Orleans. Ruby was only six years old when she started attending William Frantz Public School, accompanied by her mother and armed U.S Federal Marshals. The Marshals were necessary because angry mobs formed outside Ruby’s school, shouting protests like “Two, four, six, eight. We don’t want to integrate!”

Find out more at Scholastic. 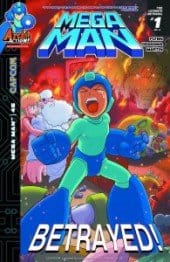