After stunning the music industry and fans with news of Tidal, yesterday, Jay Z and several of his friends turned streaming music investors have announced they’re teaming up to write a mega fairytale. Among Jay Z’s fellow co-authors several including Madonna and Alicia Keys are kid lit veterans.

Kanye West — who’s been known to have a way with the pen — will illustrate.

Click here to find out which other hot artists have signed on! 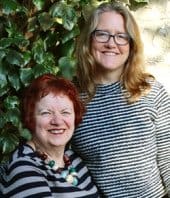