StoryMakers in the Kitchen Kat Yeh and THE TRUTH ABOUT TWINKIE PIE!

The truth: It’s very sweet! And so is this episode of StoryMakers! Kat Yeh talks about the bond between sisters, her love of retro recipes, and the story that brings both together. 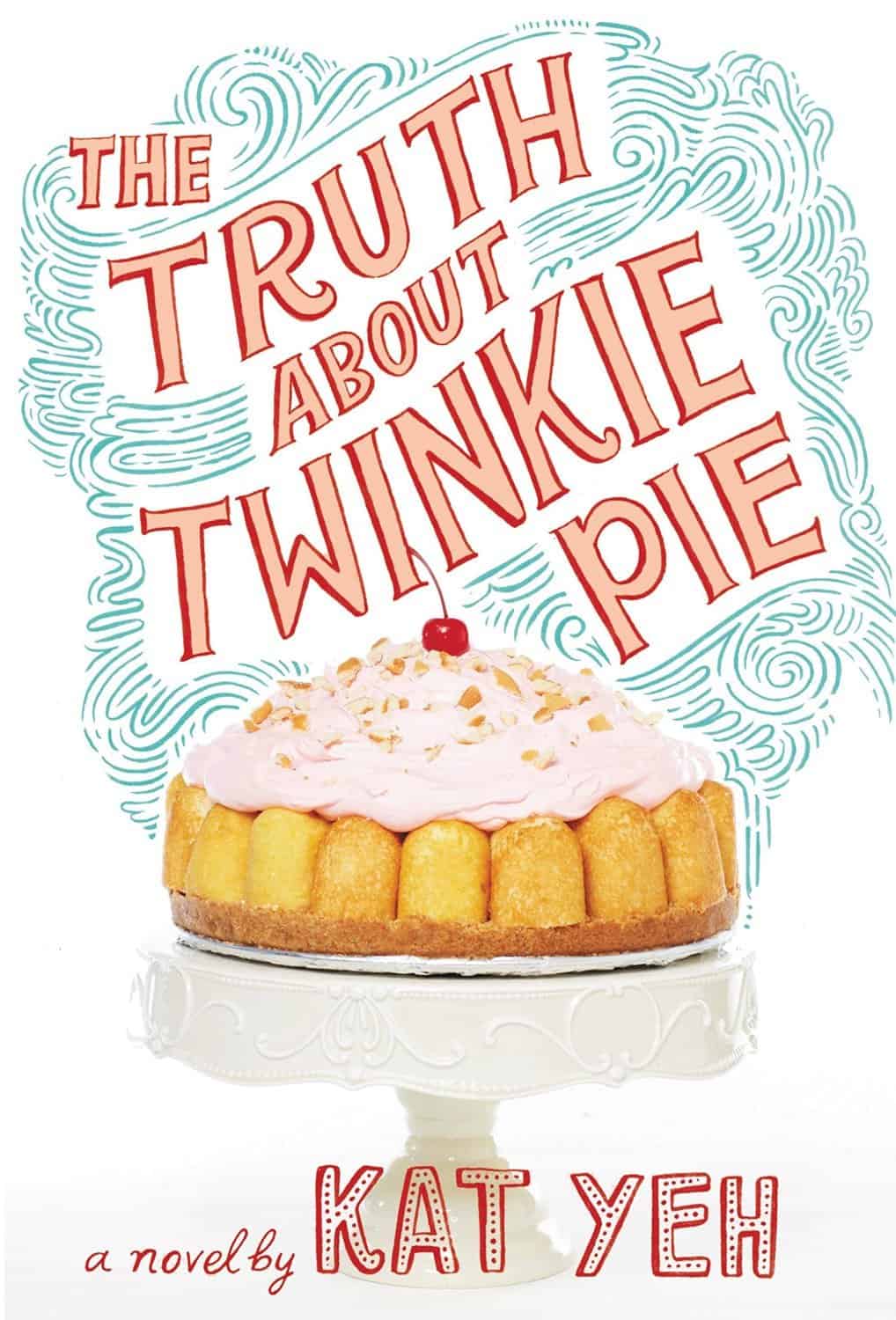 From KatYeh.com: Take two sisters making it on their own: brainy twelve-year-old GiGi (short for Galileo Galilei, a name she never says out loud) and junior-high-dropout-turned-hairstylist DiDi (short for Delta Dawn). Add a million dollars in prize money from a national cooking contest and a move from the trailer parks of South Carolina to the Gold Coast of New York. Mix in a fancy new school, new friends and enemies, a first crush, and a generous sprinkling of family secrets. That’s the recipe for “The Truth About Twinkie Pie,” a voice-driven middle grade debut about the true meaning of family and friendship. 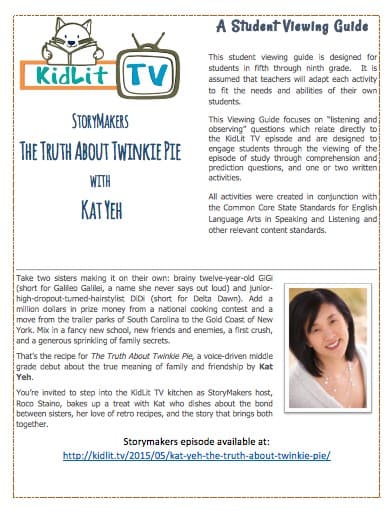 Fun at the KidLit TV Studio! 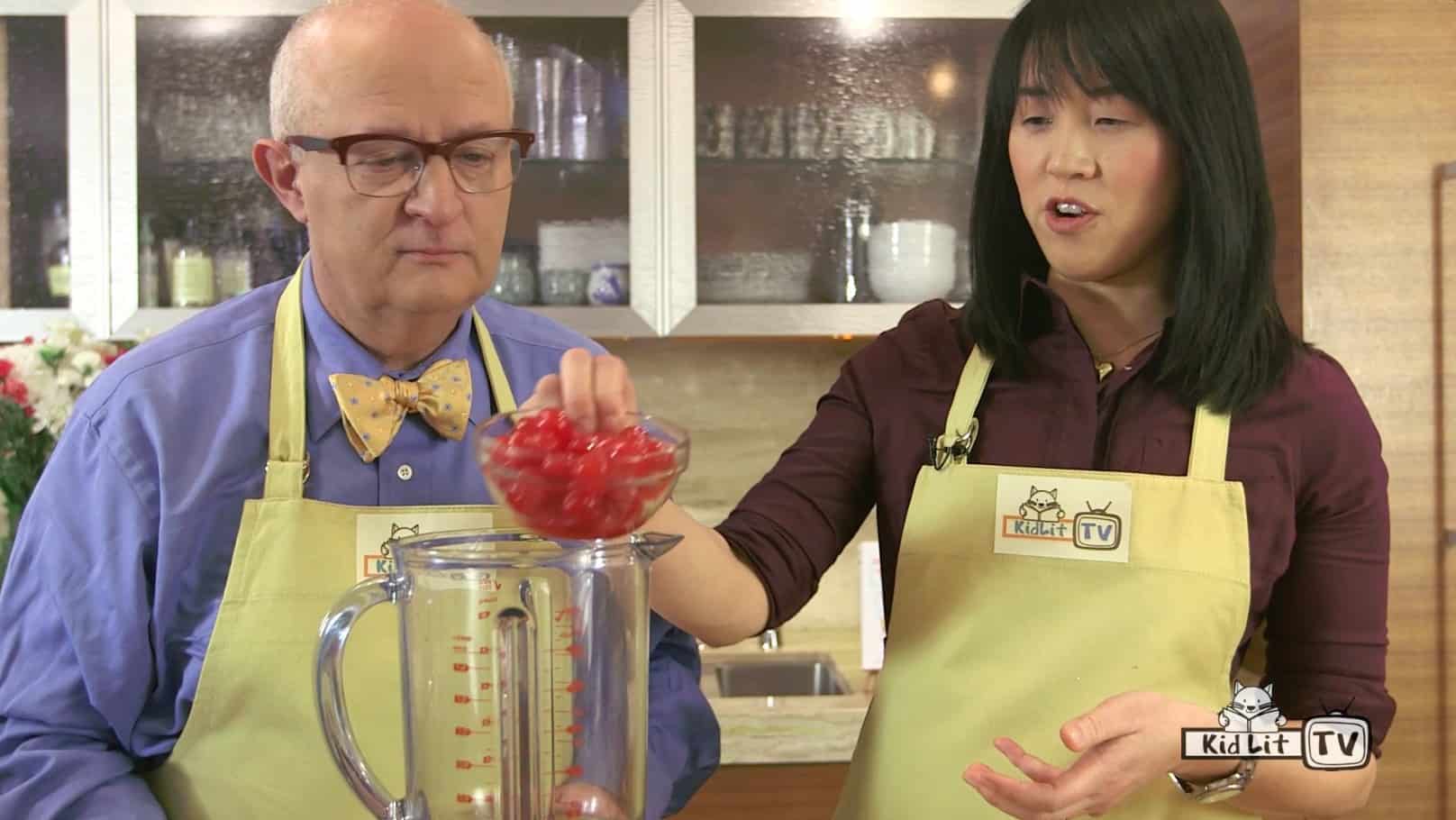 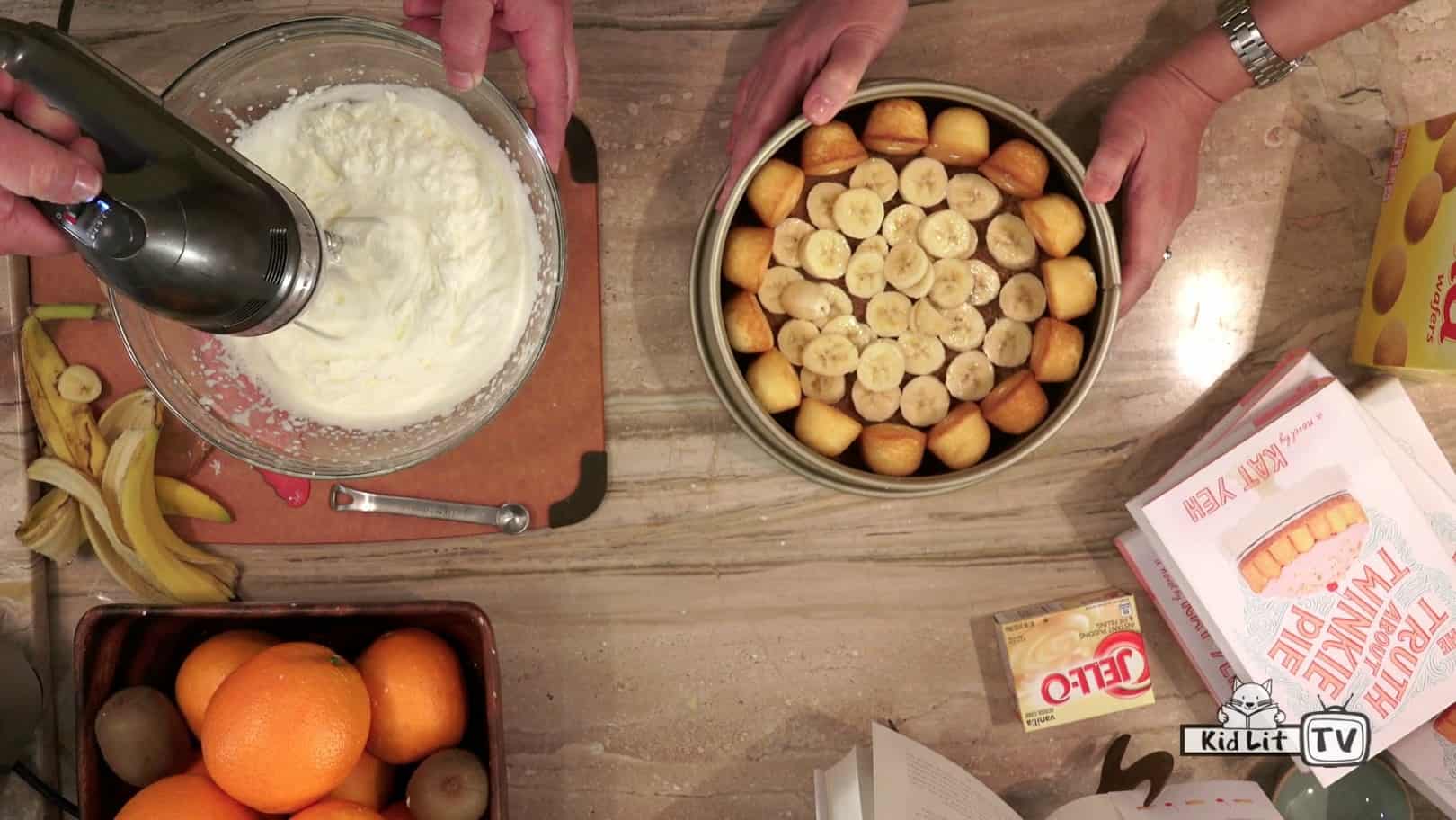 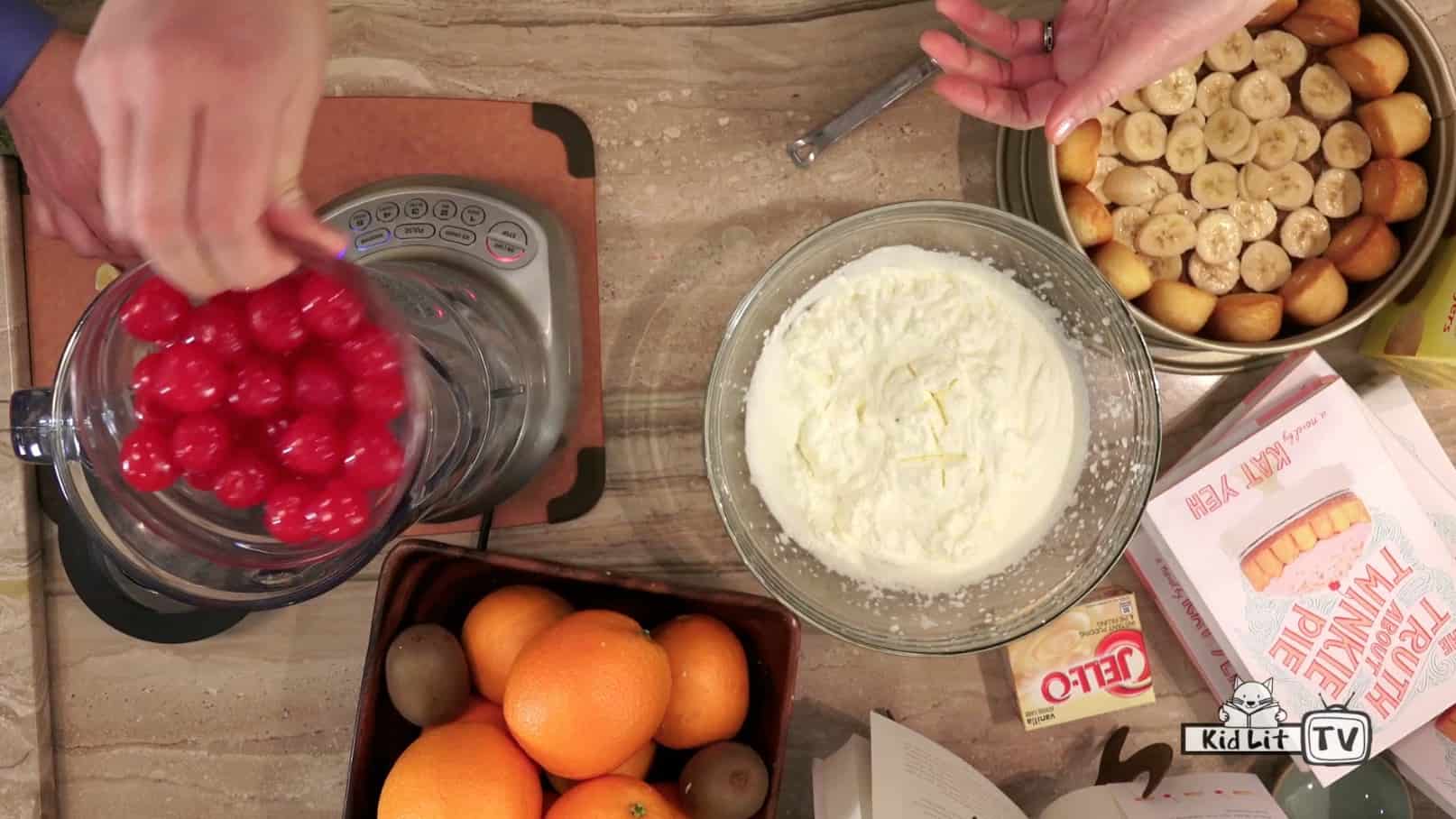 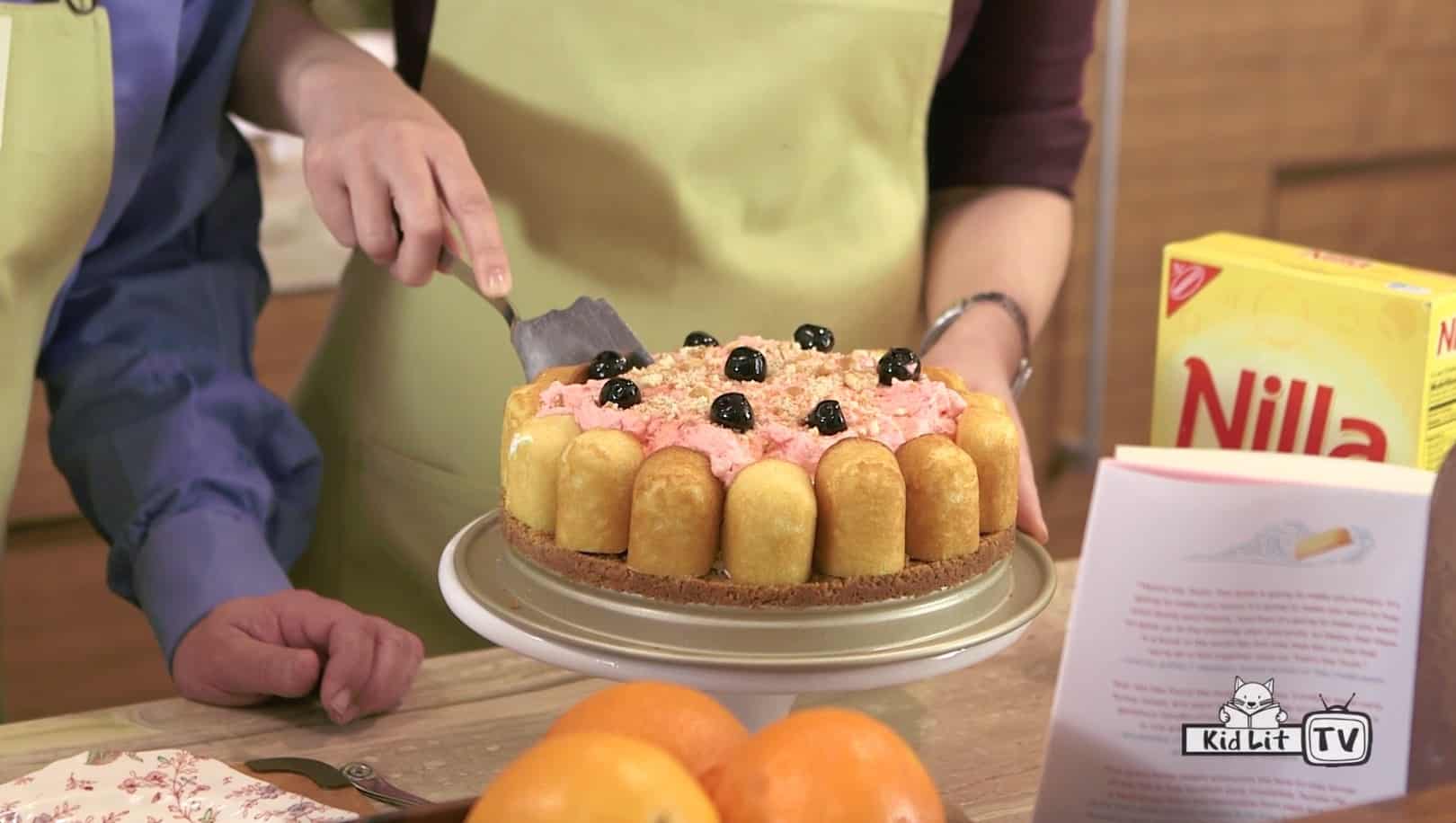 Love everything about this!!! Favorite recipes in my household (my husband and me) are of the raw, vegan, no-bake variety. :) Chocolate tofu mousse, for example!

Terrific episode of StoryMakers! I had never even heard of Twinkie Pie, even though my grandma made scads of recipes with Jello. My favorite family recipe is called Merk’s Coffeecake. It’s a sour cream coffeecake, but we’re not sure who Merk is…

German pancakes, schnitzel with späzle, lasagna…oh, too many favorites! Great interview, fun food, and looking forward to reading the book!

It has to be a chocolate dessert! Molten chocolate cake with a caramel center and a creme anglaise drizzle or chocolate decadence with whipped cream and a raspberry puree sauce or…I could go on and on. Thanks for the great giveaway and making me hungry.

Love new and delicious desserts to share with my sisters!

Oh, man, there are WAY too many favorites to name, but I’ll say (just ’cause it was recently made at Easter time) what we call “Rum cake” which is like a cakey type bread. It’s SOOoooo good :)

My mom makes homemade cinnamon rolls that are amazing

TWINKIE PIE is my favorite MG novel for the year! The recipes in it were the icing on the cake. :)

And my favorite family recipe is Snowball Cookies from my MIL.

Favorite family recipe: Easily, Pineapple Meringue Cake – made only at Christmas time or for special birthdays. SUPER SECRET! And the book is absolutely fabulous!!!

She’s a natural! We loved working with Kat!

Love this video! Now I need to make a run to the supermarket for Twinkies.

Wowie! what a great way to use twinkies.

Fuse #8 TV: Aaron Starmer & Reading (too much into) Picture Books