When I was in London at the beginning of May, I had the great opportunity to finally see the Harry Potter Studio Tour! Or as it is called by its official name: Warner Bros. Studio Tour London: The Making of Harry Potter. I prefer my name for it though as it is much less of a mouthful.

Anyways, this tour takes place at Leavesden Studios, about an hour outside London, which previously hosted the cast and crew for the filming of the movies, but now is open to the public for visitors to tour the original sets and props. The tour is a bit pricey, but I was so impressed with the actual volume of things you got to see! There are two huge studios to make your way through, filled with props and sets, as well as an outside portion of the tour. I thought I would share a few of my pictures and my experiences for anyone who is interested: 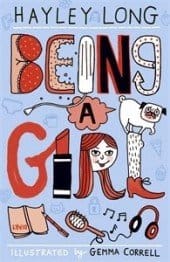 Being a Girl by Hayley Long