Special thanks to IPPY: Independent Publisher

Riverdale Avenue Books is pleased to announce that Playing by the Book by S. Chris Shirley won a National Medal in Religious Fiction on May 27, 2015 at the 19th Annual Independent Publishers Book Awards (“IPPY Awards”), making it the first gay “coming out” book to win in this category.
“Writing a book that appeals to both the LGBT and the religious community was a Herculean task, one that took me eight years to complete,” said author S. Chris Shirley, who is the former President of the Board of Lambda Literary, the largest LGBT Literary organization in the world.
The Independent Publisher Book Awards, the “IPPY” Awards, is an annual book awards contest conducted to honor the year’s best independently published titles. Over 6,000 titles are submitted for these awards each year, but only a handful are selected. They are one of the highest honors for books published by independent publishers.
“We were truly honored to have this novel receive this award in this category,” said Publisher Lori Perkins. “It truly shows how far we have come when a book about a young man’s coming out can win in religious fiction.”
Playing by the Book is about seventeen-year-old high school newspaper editor Jake Powell, fresh from Alabama, who lands in New York City to attend Columbia University’s prestigious summer journalism program. For Jake, it’s a dream come true, but his father, a fundamentalist Christian preacher, smells trouble. And his father is rarely wrong.
Jake navigates new and unfamiliar ways “up North,” starting with his feelings for a handsome Jewish classmate named Sam. What Jake could keep hidden back home now rises to the surface in the Big Apple.
Standing by his side are a gorgeous brunette with a Park Avenue attitude and the designer bags to match, a high school friend who has watched Jake grow up and isn’t sure she’s ready to let him go, and an outrageously flamboyant aunt who’s determined to help Jake find the courage to accept love and avoid the pain that she has experienced.
The awards ceremony was held on May 27 at Providence, the former site of a record studio made famous for such recordings as Meatloaf’s Bat Out of Hell and John Lennon’s Walls and Bridges. More than 300 people attended this literary event in New York City. See the full list of 2015 IPPY winners
About S. Chris Shirley
Chris is an award-winning writer/director and former President of the Board of Lambda Literary, the largest LGBT literary organization in the world. He was born and raised in Greenville, Alabama, and now resides in Manhattan. Playing by the Book is his first novel. Visit Chris online at http://schrisshirley.com/.
About Riverdale Avenue Books
Riverdale Avenue Books is an award-winning, innovative hybrid publisher at the leading edge of the changes in the publishing industry. We publish e-books, print, and audio books under 8 imprints: Pop a pop culture imprint; Riverdale/Magnus the award-winning imprint of LGBT titles; HSF, a horror, science fiction, fantasy line; Truth, a memoir line; Desire, a romance imprint; Dagger, a mystery thriller imprint; and Sports and Gaming featuring sports and gaming titles. Started in 2011 by industry veteran Lori Perkins, Riverdale is a full service publisher, with a foreign rights and film agency department. Visit us at http://www.RiverdaleAveBooks.com. 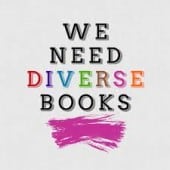