Have you spent hours creating an animation or a book trailer only to realize later it’s confusing for your audience? Do you want to learn how to record your voice like professionals do on movie trailers and commercials? Voice-overs are one of the main ingredients to a perfect video project. Whether it’s a character’s voice in an animated movie or a narration for a book, voice-overs are what draw in an audience.

Voice-overs are defined as a recording of your voice to tell a tale or play the part as your character’s communication. A great example is the voice actors in Disney or Studio Ghibli movies who make a character come to life with the sound of their voice. Voice actors, like screen or play actors, act out a character’s characteristics and personality, but simply use their voice to become that character instead of physically becoming them.

Voice-overs are found in every form of media. You can find them in news reports and in hundreds of films (even the classics). A simple photo montage or a presentation can benefit from the power of voice-overs. A great example of a voice-over artist would be Susan Bennett who is best known for her voice as Apple’s Siri. Susan has also used her amazing skills in other media such as Coca-Cola, AT&T, Ford, Macy’s and many more commercials.

You might be thinking, “How is this possible? How can I create a voice-over if I’m not a voice actor? How can I afford professional equipment?” However, creating a voice-over isn’t difficult and finding great equipment is easier than animating your characters or making a book trailer.

What equipment do you need?

There are many essentials you can use for your voice over, and many different methods of approach. You can have an entire voice-over studio if you’re serious about this as a career. If you’re a beginner, you can purchase a simple microphone to plug into your computer.

1: Microphone: Without a microphone how can you capture your character’s voice? The quality of your microphone will have a large impact on your recordings, but if you’re on a low budget be sure to check out this round-up list of the best microphones for voice-overs.

Here are a few we recommend:

2: Headphones: Can you hear me now? You need to have a pair of headphones in order to hear your voice-overs. These can also be used to block out any sound that may be distracting. 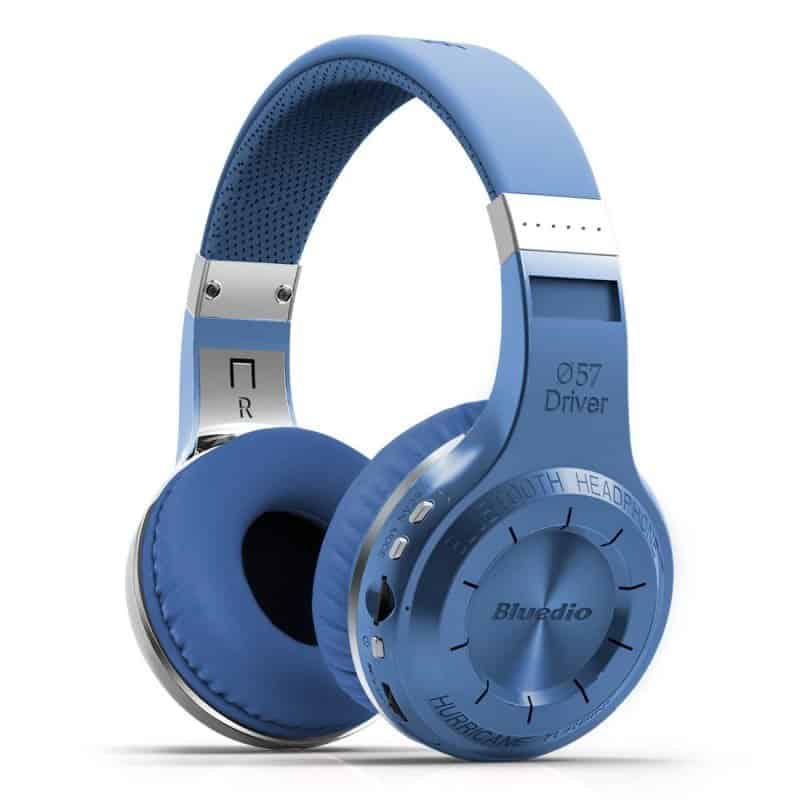 3: Microphone Stand: You don’t want to swing around a microphone like a lasso when you’re recording. Unless you want poor quality effects, you should always have your microphone in a fixed position on a mic stand. 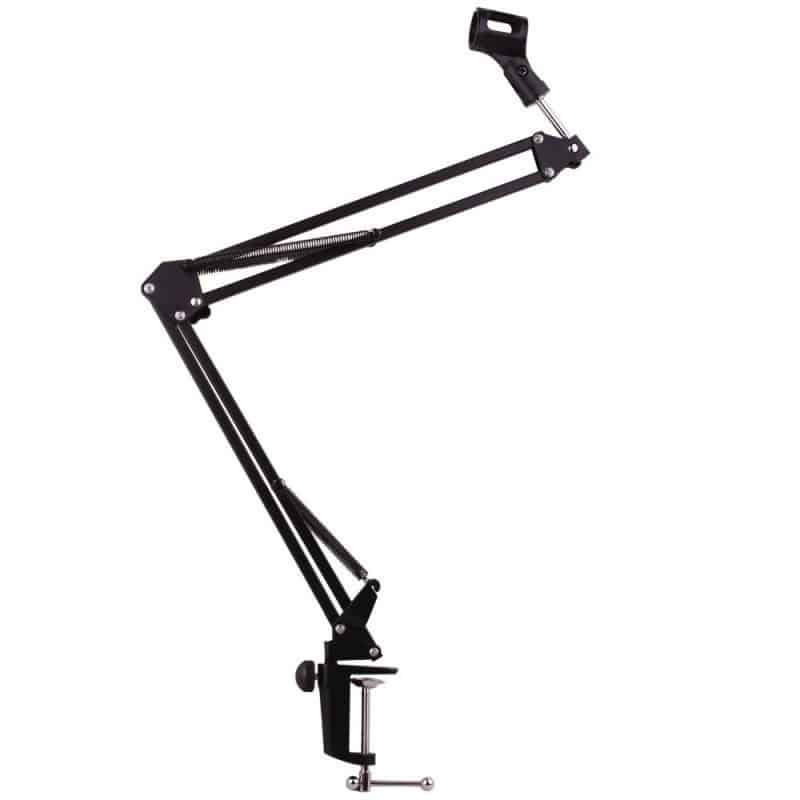 4: Pop filters: Ever hear those annoying “P” popping or the “S” hissing sounds when you record something? This is because your recording lacks a pop filter, which is a screen that diffuses these sounds and captures them before it distorts your recording. 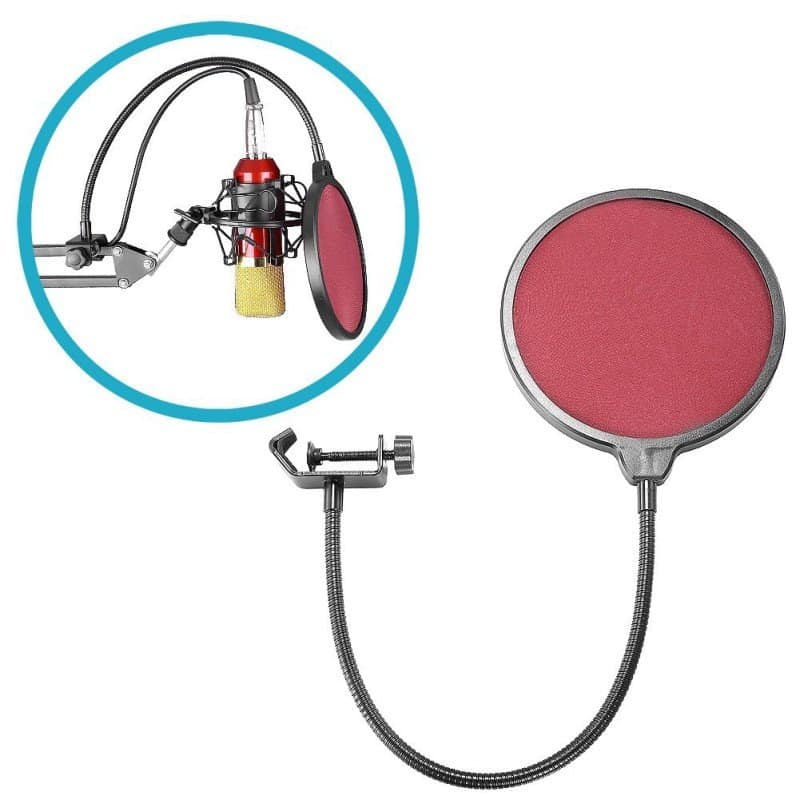 You can also learn how to make your own Pop Filter! Watch this video to find out more.

5: Recording Software: In order to get your voice over onto your computer you need to invest in a recording software. Here are a few free software and apps that you can use for your voice overs:

And read about the best voice-over recording software from this article.

Nothing beats the professionals, but this list of five essential items is the best bang for your buck when it comes to do-it-yourself voice-overs. And with some practice, you might be surprised how professional sounding your project can be.

If you or your kids are interested in voice acting be sure to join the Voice Acting Alliance community forums.You’ll find all kinds of tips and tricks for voice overs, how to become a professional voice actor and can even find resources for your project!

Any tips and tools you love, but we didn’t mention? Tell us about them in the comments below! 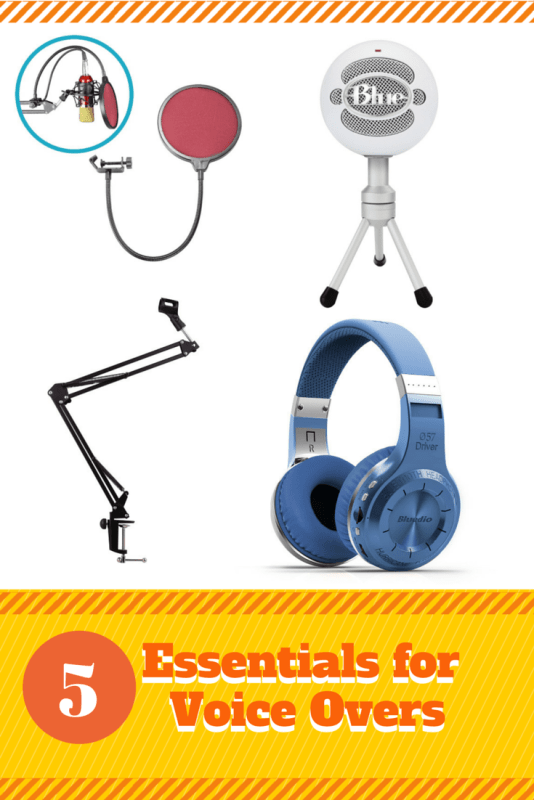 I’m planning running a fun activity for kids where they get to do voiceovers. Are there any good public-domain cartoon videos out there that would be fitting for something like this?

I was in radio back in the 80’s & 90’s and wanting to re-enter the voice over market. I know technology has changed drastically since. I’m looking for a good quality set-up, but not wanting to break the bank. Any suggestions would be appreciated.

The suggestions in this article are somewhat reasonable and a good start. Also, try free versions of software first!

wanting to get started in voiceover acting. This is a great, economical tip for a piece of equipment!! Thank you!

Thank you very much for teaching me

Thank you !! God bless you . God will provide for you

I want to create a clearly voice like that of lupitanyongo a wildlife documentor , I really love wildlife???

Inside Out Storybook Deluxe