Gr 3 Up–This title rounds off the successful Nursery Rhyme Comics (2011) and Fairy Tale Comics (2013, both First Second) collections, which contain short tales adapted by popular cartoonists. The majority of the fables in this installment are from Aesop, but there is also a sampling of selections from countries including Angola and India and famous writers such as Ambrose Bierce. Fables lend themselves well to graphic novel format, and the cartoonists do an excellent job of keeping the morals of the stories intact while providing a modern update by changing the setting or putting their own spin on these classic tales. 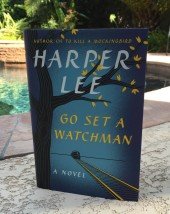 My thoughts on Go Set a Watchman