The Handlebards are four actors who have been cycling up from London to Edinburgh, carrying their costumes and props, and stopping every so often to perform a show. Secret Shakespeare is where the audience joins them to meet up in the city centre, get given bikes, ride out about 5 miles-ish, and then enjoy the show. I’m not allowed to tell you much about the play in specifics, due to the secret thing, but I’ll say what I can. 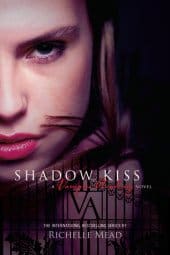 Live from the NYPL | Highlights