From Seven Impossible Things Before Breakfast:

Amanda Driscoll’s first book, Duncan the Story Dragon (Knopf, June 2015), is the story of a dragon who loves to read. As you can probably guess, his problem is that, though his imagination catches fire when he reads, so do his books. Quite literally. All Duncan wants to do is finish a book. So many plots; so many questions. “I want to read those two wonderful words,” he says, “like the last sip of a chocolate milk shake … ‘The End.’” Eventually, Duncan finds a friend to read to him, but I won’t ruin the entire story for you.

Gone to the Beach | Great Beach Books for Kids 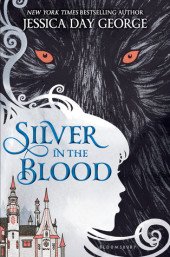 YA Review: Silver in the Blood