What if you had a chance to create an independent film with not only a group of awesome kid actors, but with an actress as famous and talented as Harry Potter’s Bonnie Wright (Ginny Weasley)? It’s every independent filmmakers dream! When KidLit TV’s founder Julie Gribble discovered this independent film production for kids, Who Killed Nelson Nutmeg, she was immediately intrigued. Little did she know, this small, independent film would gain so much steam.

A few years ago at the London Screenwriters Festival, Julie Gribble met Tim Clague and Danny Stack, directors of Who Killed Nelson Nutmeg, an independent film about four misfit kids who go on a daring investigation when they suspect that their park’s mascot has been murdered. For years she had been following Tim and Danny’s webcasts and blogs where they share their camera tests, short film projects, tales of their experiences as indie filmmakers, and much more. In fact, Tim and Danny are extremely talented and they generously give writing and shooting advice to the film-making community. Julie has always had an independent yet collaborative approach to art, herself. She has shot her own short films, independently produced children’s books, and launched KidLit TV by bringing creative experts and friends in the industry together. So when Julie met Tim and Danny, she realized it would be great to work with them one day.

When Julie found out they were seeking support for the Who Killed Nelson Nutmeg project, she read the script and signed on right away. Julie was intrigued by their plan of making a movie for kids with kids…all the lead actors were children themselves! There hadn’t been many recent movies produced with an all-children cast for the lead actor spots. Later, when it came to casting, Julie was thrilled to discover that Bonnie Wright would be playing the part of Diane, the new manager at Nelson’s Retreat holiday park.

“I was so excited for Tim and Danny — Bonnie was the added stardust they needed to complete this magical project.” –Julie Gribble on the addition of Bonnie Wright to the cast.

Because Julie signed on early for the project, she hadn’t known Bonnie would be hired or that the film would garner so much attention. This truly reflects Julie’s passion for the industry as well as her keen eye for picking out a good project. Bonnie, who was a young actress in the Harry Potter films, was happy to help guide the kids and teach them proper “camera language”. She did her best to act as their guide and lead them in the right direction. You can find out more about Bonnie and her part as Diane on MuggleNet! 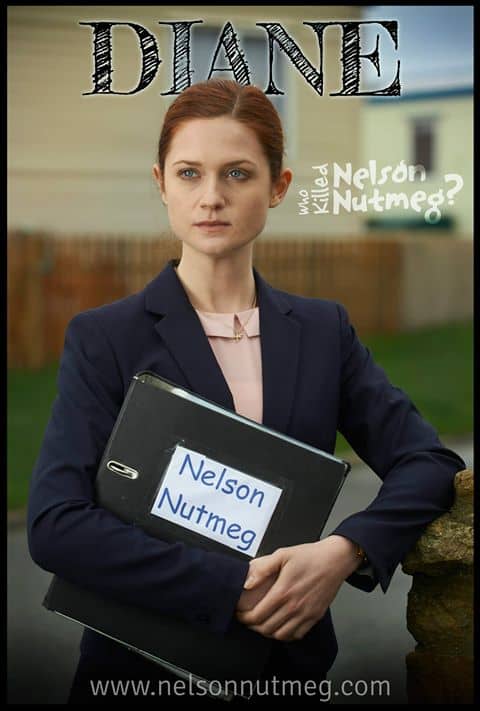 More About Who Killed Nelson Nutmeg

Join an epic adventure as four kids, Billie, The Colonel, Woody and Shiv investigate to discover who murdered their camp’s mascot, Nelson Nutmeg.

These four misfits go on their annual summer holiday to Nelson’s Retreat, a family-friendly camp. The camp’s not their ‘thing’ anymore since they’re too old for the camp activities. To be honest the only highlight is the camp’s squirrel mascot, the hyperactive and unpredictable Nelson Nutmeg.

Though when Billie witnesses Nelson Nutmeg getting pushed off a cliff by a mysterious assailant, she gathers the gang to investigate the crime. Immediately they suspect Diane, the camp’s new manager, and begin to build their evidence. But they quickly get in over their heads, and realize they’re going to have to use every last bit of childish savvy if they’re going to solve the crime!

This movie is a perfect independent film for kids of all ages who love going on adventures and whodunnit films. It’s a family fun film filled with many mysteries and laughs and will leave you on the edge of your seat as you try to figure out who killed Nelson Nutmeg. 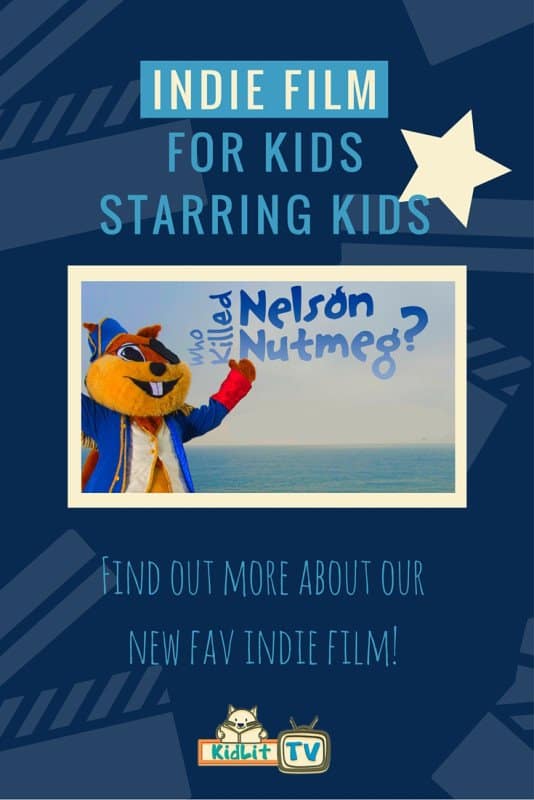