As we say goodbye to summer and welcome autumn, Halloween can’t be far off.  In preparation for that ghoulish holiday,  I present here a list of ten titles that parents, teachers and librarians may want to share with the kids in their life.  This is not a top ten list nor are they Halloween specific.  It is a list of ten “spooky” books for kids broken down by age level. Some are new and others you may remember from your own childhood. 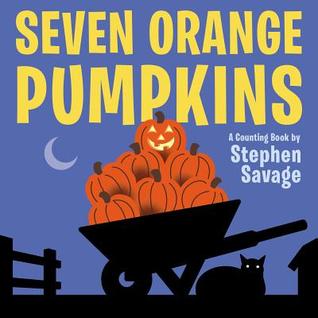 Seven Orange Pumpkins: A Counting Book (Dial, 2015) by Stephen Savage. A board board book that serves several purposes.  It will give the reader the opportunity to introduce Halloween images to the very young children as well as counting and basic subtraction.  Those of you who a looking for more pumpkins can checkout Savage’s Ten Orange Pumpkins (Dial, 2013) 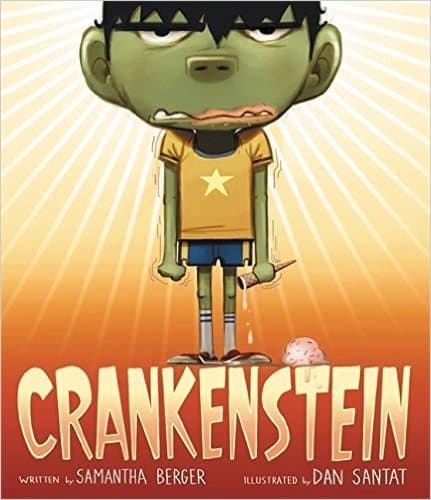 Crankenstein (Little Brown,  2013) by Samantha Berger & Dan Santat.  This book shows preschoolers that our crankiness can truly turn us into a monster.  Santat the book s illustrator is this year’s Caldecott medalist. 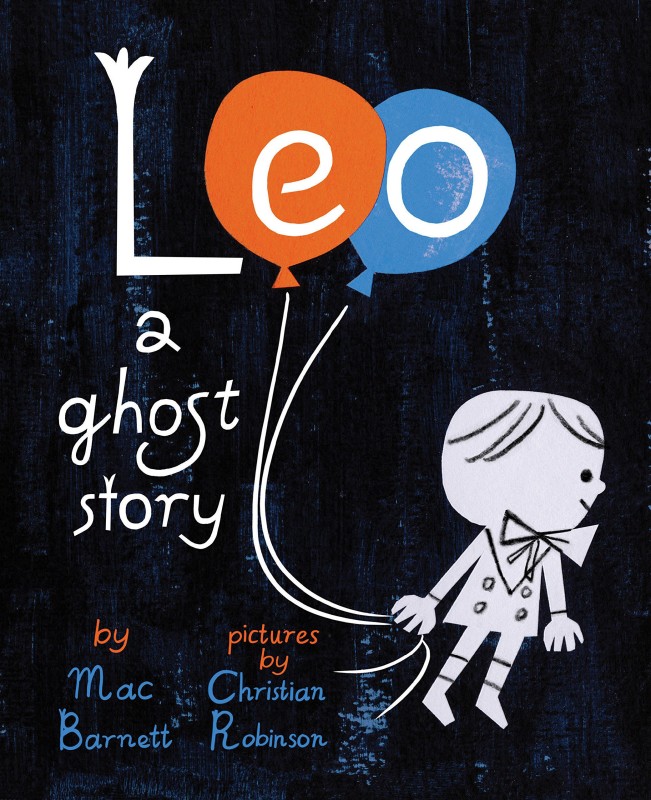 Leo: A Ghost Story (Chronicle, 2015) by Mac Barnett and Christian Robinson.  What’s Halloween without a ghost story.  The story of Leo, a charming classy misunderstood ghost will not frighten children but will teach them to be accepting. 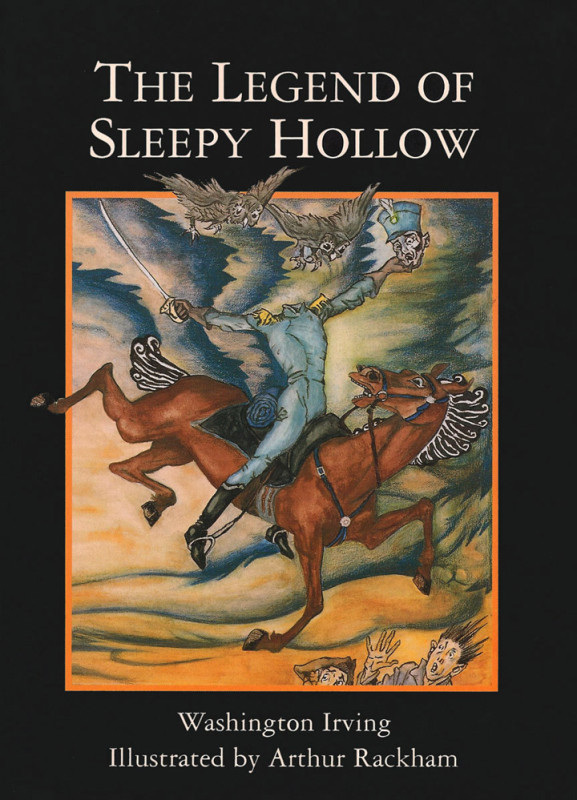 The  Legend of Sleepy Hollow (Atheneum, 2007) by Washington Irving and Gris Grimly.  Want to introduce this classic to young children? Try this graphic novel edition visually translated by Gris Grimly. 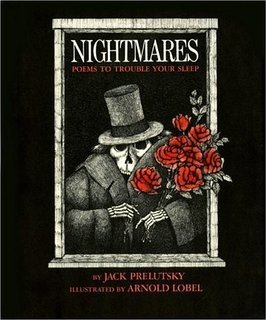 Nightmares (Greenwillow, 1976) by Jack Prelutsky.  Looking for a poem about ghouls, ghosts or skeltons? Prelutsky provides them in the classic illustrated by Arnold Lobel. 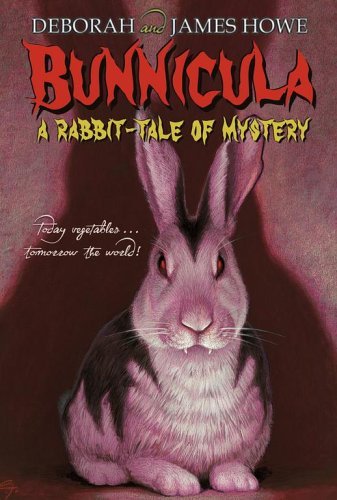 Bunnicula: A Rabbit Tale of Mystery (Atheneum, 1979) by James & Deborah Howe.  Consider introducing middle grade readers to book about a vampire bunny who sucks the juice out of vegetable.  This book  spawned almost a dozen  sequels. 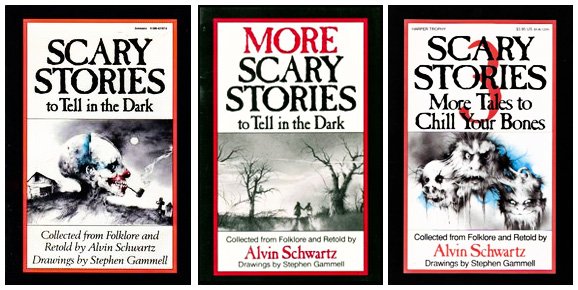 Scary Stories to tell in the Dark (HarperCollins. 1981) by Alvin Schwartz .  This is the first of three book that Schwartz wrote drawing upon urban legends and folklore to create stories with such Halloween worthy titles as the Ghost with the Bloody Fingers and The Girl Who Stood on a Grave. Early editions of this book have drawings by Stephen Gammel. 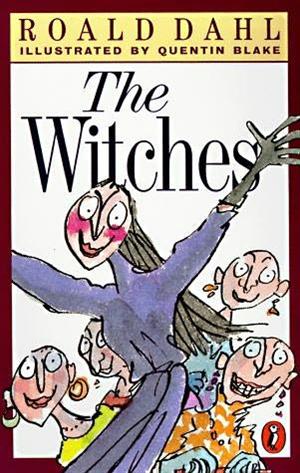 Witches (FSG, 1983) by Roald Dahl . Nothing says Halloween more than a story about child-hating witches.  Parents will enjoy sharing this book from their own childhood. 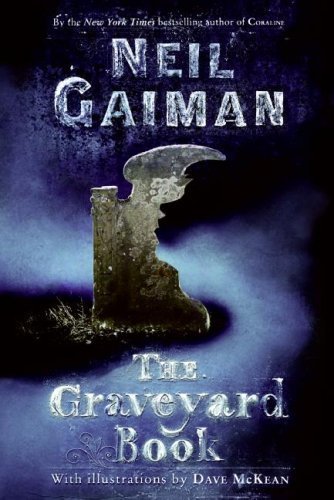 Graveyard Book  (HarperCollins, 2008) by Neal Gaiman. This book about an orphan who is raised by ghosts and werewolves won the 2009 Newbery Medal. It has broad middle grade appeal. 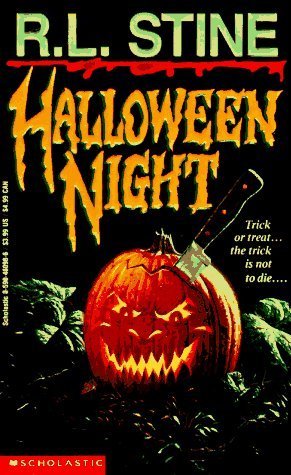 Halloween Night (Scholastic, 1993) By R.L. Stine.  For readers 12 and up.  What’s better than the combination of Stine and Halloween.

Be sure to also check out these Halloween books from KidLit TV guests!

Tell us your favorite Halloween or spooky books for kids! 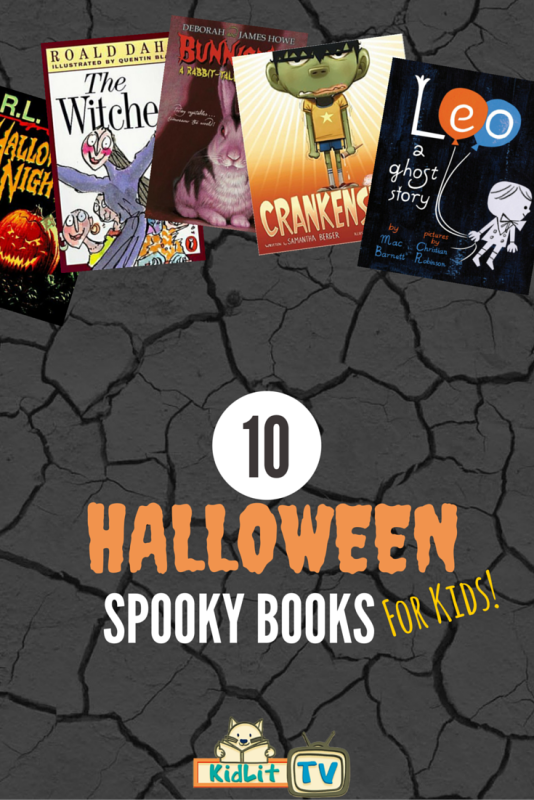 I Give Up On Books! 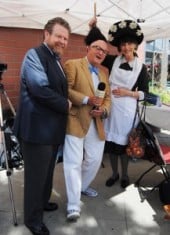