On November 3rd, KidLit TV was invited to the National Coalition Against Censorship to interview NCAC board members, artists, authors, and experts about up and coming books that celebrate diversity and free speech advocacy. NCAC’s mission is to promote freedom of thought, inquiry, and expression and oppose censorship in all its forms.

NCAC celebrated another year of free speech advocacy and saluted Lois Lowry, Larry Siems, Justin Richardson, Peter Parnell, and Henry Cole as 2015 Free Speech Defenders. The evening raised funds from generous sponsors, led by Houghton Mifflin Harcourt, to support NCAC’s mission, and featured performances from Fun Home, a tribute by Alison Bechdel, and inspiring words from each of our honorees. A special thanks to comedian Jena Friedman, who kept the audience laughing through the night as our master of ceremonies. 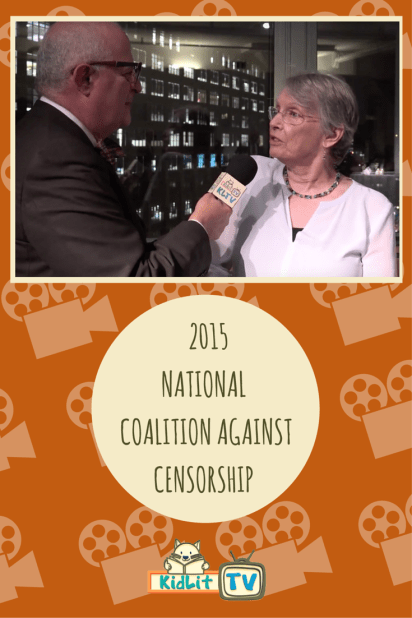 You Need to Have This Picture Book Experience