On a brisk fall morning, more than twenty authors and illustrators gathered at the White Plains Public Library for the second annual Westchester Children’s (and Teens!) Book Festival. Community members including children, parents, and educators were invited to meet the authors and illustrators, shop Barnes & Nobles pop-up shop, have their books autographed, and take in a reading of picture, middle grade, and young adult books. Literacy advocacy organization First Book gifted an age-appropriate book to each child in attendance.

Meeting authors and illustrators is a good reason to attend a book festival, but it is not the only one. Visiting a book festival gives parents (great family activity) and educators the ability to connect with other community members and organizations interested in childhood literacy. While several festival guests were aware of KidLit TV we were able to interact with a new group of readers, viewers, and literacy advocates.

We’ve provided time stamps (in parentheses) and abridged summaries, from the author or publisher’s site, of books discussed during this episode of StoryMakers On Location.

Stage Struck: Curtains Up! (Co-Authored by Lisa Fielder) – After 12-year-old Anya is cut from her middle school soccer team, she decides to pursue her true passion, which is theater. With the help of her sister and new friend Austin, Anya puts together a kids summer theater troupe (The Random Farms Kids Theater), recruiting area kids as actors and crew members.

Susan Verde (01:03)
I Am Yoga (Illustrated by Peter H. Reynolds) – New York Times bestselling illustrator Peter H. Reynolds and author and certified yoga instructor Susan Verde team up again in this book about creativity and the power of self-expression. I Am Yoga encourages children to explore the world of yoga and make room in their hearts for the world beyond it. A kid-friendly guide to 16 yoga poses is included.

You and Me (Illustrated by Peter H. Reynolds) – You and Me is a loving tribute to how fate brought two best friends together. An adorable cat muses about the what-ifs in life: What if he had slept late that one special morning? What if he’d missed his train on that fateful day? Then he might never have met his favorite person in the world, and his entire life would be different!

The Museum (Illustrated by Peter H. Reynolds) – As a little girl tours and twirls through the halls of the art museum, she finds herself on an exciting adventure. Each piece of art evokes something new inside of her: silliness, curiosity, joy, and ultimately inspiration. When confronted with an empty white canvas, she is energized to create and express herself—which is the greatest feeling of all.

Eric Velasquez, Illustrator (01:51)
New Shoes (Written by Susan Lynn Meyer) – When her brother’s hand-me-down shoes don’t fit, it is time for Ella Mae to get new ones. She is ecstatic, but when she and her mother arrive at Mr. Johnson’s shoe store, her happiness quickly turns to dejection. Ella Mae is unable to try on the shoes because of her skin color. Determined to fight back, Ella Mae and her friend Charlotte work tirelessly to collect and restore old shoes, wiping, washing, and polishing them to perfection. The girls then have their very own shoe sale, giving the other African American members of their community a place to buy shoes where they can be treated fairly and “try on all the shoes they want.”

Gary Golio (03:00)
Bird & Diz (Illustrated by Ed Young) – A playful tribute to the creators of Bebop, starring sax player Charlie “Bird” Parker and trumpeter John “Dizzy” Gillespie! As they juggle notes and chase each other with sounds, the two friends create a new kind of music, thrilling fast jazz full of endless surprises.

Tanya Simon (Co-Author) & Mark Siegel (Illustrator) (03:35)
Oskar and the Eight Blessings (Co-Authored by Richard Simon) – A refugee seeking sanctuary from the horrors of Kristallnacht, Oskar arrives by ship in New York City with only a photograph and an address for an aunt he has never met. It is both the seventh day of Hanukkah and Christmas Eve, 1938. As Oskar walks the length of Manhattan, from the Battery to his new home in the north of the city, he passes experiences the city’s many holiday sights, and encounters it various residents. Each offers Oskar a small act of kindness, welcoming him to the city and helping him on his way to a new life in the new world.

Susanna Reich (05:55)
Fab Four Friends: the Boys Who Became the Beatles – The true story of how four ordinary boys growing up amid the rubble of postwar England became the bestselling band in history.

Matt Davies, Author/Illustrator (06:14)
Nerdy Birdy (Written by Aaron Reynolds) – Nerdy Birdy likes reading, video games, and reading about video games, which immediately disqualifies him for membership in the cool crowd. One thing is clear: being a nerdy birdy is a lonely lifestyle. When he’s at his lowest point, Nerdy Birdy meets a flock just like him. He has friends and discovers that there are far more nerdy birdies than cool birdies in the sky.

Ben Draws Trouble – Ben loved drawing more than anything else in the world (with the possible exception of riding his bicycle). He drew boats as well as bicycles, sharks and spaceships. But most of all he loved drawing people. When Ben loses his sketchbook his world is turned upside down. Who will find it? And how will they react? Find out in this worthy successor to Pulitzer Prize-winning cartoonist Matt Davies’s first picture book, Ben Rides On.

Ben Rides On – Ben loves his new bike. In fact, he loves it so much he even likes riding to school (especially if he can take the long way around)! That is, until an encounter with the local bully, Adrian Underbite, leaves Ben bike-less. When Ben discovers where his bike actually is, the reader is in for a dramatic, and literal, cliffhanger. Will Ben ever be able to get his bike back?

Neil Swaab (07:24)
The Secrets to Ruling School (Without Even Trying) – It’s the first week of middle school, i.e., the Worst Place in the Entire World. How do you survive in a place where there are tough kids twice your size, sadistic teachers, and restrictions that make jail look like a five-star resort? Easy: with the help of Max Corrigan, middle school “expert” and life coach. Let Max teach you how to win over not just one, but all of the groups in school, from the Preps to the Band Geeks. Along the way, Max offers surefire advice and revealing tips on how to get through universal middle school experiences like gym class, detention, faking sick, dealing with jocks and bullies, and acing exams (without getting caught cheating).

Tracey West (07:57)
Dragon Masters: Power of the Fire Dragon – It’s time for the Dragon Masters to battle the dark wizard! This series is part of Scholastic’s early chapter book line called Branches, which is aimed at newly independent readers. With easy-to-read text, high-interest content, fast-paced plots, and illustrations on every page, these books will boost reading confidence and stamina. Branches books help readers grow! The Dragon Masters are going to visit Queen Rose’s kingdom. But Rori and Drake must stay behind. Then a four-headed dragon attacks the castle — and Maldred is riding it! How is Maldred controlling this giant dragon? Will Rori and Drake have to battle the dark wizard on their own?

Bianca Turetsky (08:18)
The Time-Traveling Fashionista and Cleopatra, Queen of the Nile – When Louise Lambert tries on a lavender Grecian gown during a visit to the mysterious Traveling Fashionista Vintage Sale, she feels a familiar tug and falls back in time, arriving at the dusty base of an enormous pyramid. She has landed in ancient Egypt…or has she? It turns out that Louise is on the legendary Old Hollywood film set of Cleopatra, but her time there is short-lived. Rummaging through the wardrobe tent, Louise gets her hands on a pearl necklace that dates back to 51 BC, and she suddenly finds herself whisked away once more, this time to the ancient city of Alexandria, Egypt. Gold and jewels shimmer in the Egyptian sunlight, but poisonous snakes and dangerous enemies also roam the palace halls. Louise quickly learns that life as a handmaiden to Queen Cleopatra is much more treacherous–and fashionable–than she ever could have imagined.

Delores Connors (09:05)
I Don’t Want To Go – What is it like for a child to go from a mainstream classroom into a special education class? For Mark it’s a challenge, and he doesn’t want to go. Mark is struggling with the idea of moving from his “big classroom” into this “little classroom.” I Don’t Want To Go, through its poignant narrative, brings home the point that emotions can have a strong impact on student learning.

Torrey Maldonado (09:41)
Secret Saturdays – Sean is Justin’s best friend, at least Justin thought he was. But lately Sean has been acting differently: telling lies, getting into trouble at school, and hanging out with a tougher crowd. When Justin finally discovers that Sean’s been secretly going to visit his father in prison and is dealing with the shame of that, Justin wants to do something to help before his friend spirals further out of control. But what if confronting Sean means Justin loses his very best friend? 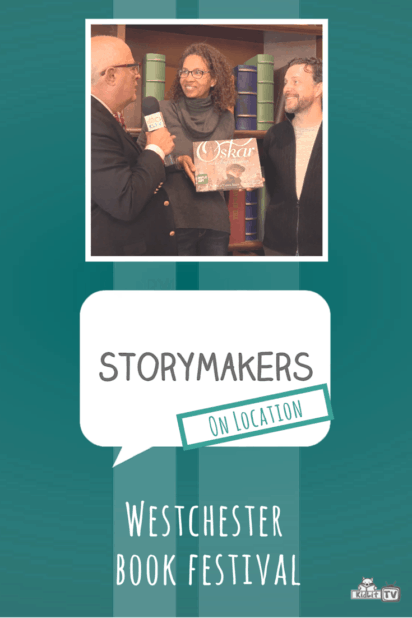