International Ninja Day is on December 5th, a day that celebrates the courageous, strength and knowledge of your inner ninja. On this day you not only have the chance to show everyone your ninja identity, but you can give a reluctant reader a book about the ninja spirit, and maybe even dress up in your official ninja mask!

To celebrate International Ninja Day KidLit TV rounded up a book list for you that not only includes picture books, but middle grade and young adult fiction too. And if your kids or teens have any book recommendations for Ninja Day be sure to let us know! 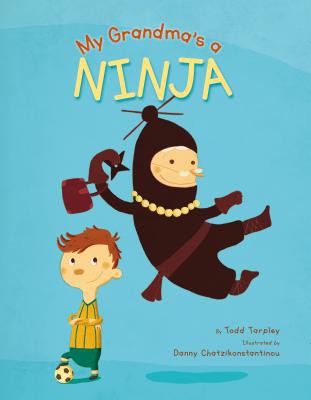 When Ethan’s grandma suggests they take a zip line to school, Ethan realizes that his grandma is a little different. In fact, she’s a ninja! Ethan is soon the hit of the school when his grandma drops from the ceiling at show-and-tell, and teaches the kids karate moves and how to do backflips in slow motion. But when his grandma deflates his team’s soccer ball, everyone is upset―including Ethan. Why can’t he just have a regular grandma? But when Ethan tries out his new karate movesduring the championship game . . . he’s happy that his grandma isn’t ordinary. 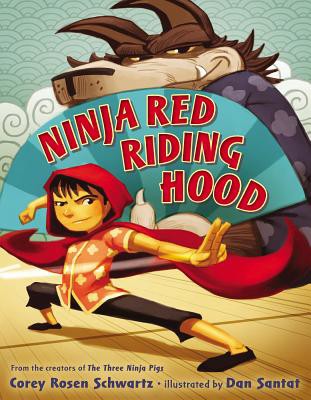 Companion to the hit The Three Ninja Pigs, this fractured fairy tale is a sure-fire storytime hit.

Wolf just can’t catch a break! Ever since the three little pigs started teaching everyone Ninja skills, huffing and puffing just hasn’t been enough to scare up a good meal.

His craving for meat sends Wolf to classes at the dojo, and soon he’s ready to try out his new moves. A little girl and her tiny granny should be easy targets—right?

Not if Little Red has anything to say about it! Kiya! 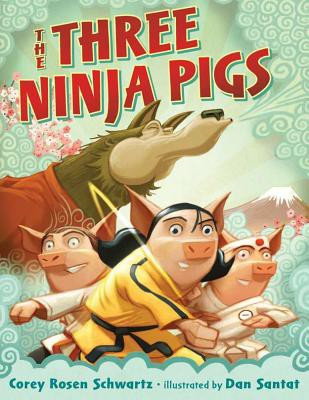 Why does this wolf think he can come to town and blow all the houses down? These three little pigs just aren’t going to take it from that bully anymore! The first starts aikido lessons—he’ll make mincemeat out of that wolf! His brother learns a little jujitsu–he’ll chop that guy to pieces!

But when the wolf actually appears, it turs out these two pigs aren’t quite ready after all. Good thing their sister has been training every day to master some serious karate moves that save the day. KIYA!

Corey Rosen Schwartz serves up a fun combination of smart-aleck dialogue and tongue-in-cheek rhymes that’ll have kids howling, and rising star Dan Santat’s spunky illustrations are sure to pack a punch! 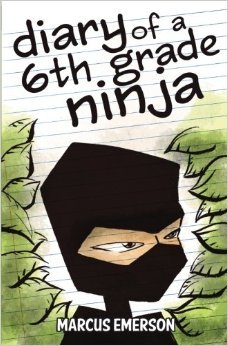 Chase Cooper is a 6th grade ninja. It’s his first day at a different school and the only person he knows is his cousin, Zoe (but he thinks even she might be a little too cool for him). He was just another kid until a group of ninjas recruited him into their clan. He was not prepared at all so kept a diary to warn other kids about the dangers of becoming a ninja. They say history is destined to repeat itself… well, not if Chase can help it.

Diary of a 6th Grade Ninja is a funny thriller that’s entertaining for children, middle school students, and adults. 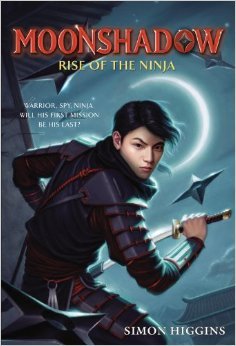 Moonshadow: The Rise of the Ninja (Series)
Author: Simon Higgins

Set in Japan during the time of the Shogun rule, Moonshadow is an orphan adopted into the Grey Light Order, a secret ninja group loyal to the Shogun. He must stop a hungry Daimyo (warlord) from developing a powerful new weapon from the west that would threaten the fragile peace finally established in Japan. 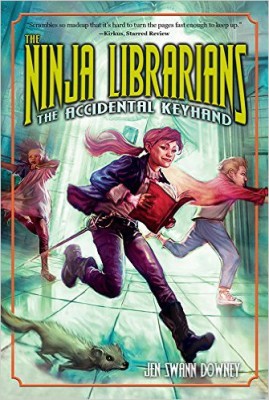 This is a story about average sword-swinging, karate-chopping, crime-fighting ninja librarians. When Dorrie and her brother Marcus chase Moe-an unusually foul-tempered mongoose-into the janitor’s closet of their local library, they make an astonishing discovery: the headquarters of a secret society of ninja librarians.

Their mission: protect those whose words get them into trouble, anywhere in the world and at any time in history.

Petrarch’s Library is an amazing, jumbled, time-traveling secret base that can dock anywhere there’s trouble, like the Spanish Inquisition, or ancient Greece, or…Passaic, New Jersey. Dorrie would love nothing more than to join the society, fighting injustice with a real sword! But when a traitor surfaces, she and Marcus are prime suspects. Can they clear their names before the only passage back to the twenty-first century closes forever? 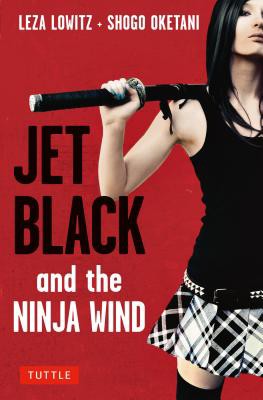 Jet has never lived a so-called normal life. Raised by her single Japanese mother on a Navajo reservation in the Southwest, Jet’s life was a constant litany of mysterious physical and mental training. For as long as Jet can remember, every Saturday night she and her mother played “the game” on the local mountain. But this time, Jet is fighting for her life. And at the end of the night, her mother dies and Jet finds herself an orphan—and in mortal danger.

Fulfilling her mother’s dying wish, Jet flies to Japan to live with her grandfather where she discovers she is the only one who can protect a family treasure hidden in her ancestral land. She’s terrified, but if Jet won’t fight to protect her world, who will? Stalked by bounty hunters and desperately attracted with the man who’s been sent to kill her, Jet must be strong enough to protect the treasure, preserve an ancient culture and save a sacred mountain from destruction.

In Jet Black and the Ninja Wind, multiple award-winning author, poet and translator team Leza Lowitz and Shogo Oketani make their first foray into young adult fiction with a compulsively readable tale whose teenage heroine must discover if she can put the blade above the heart—or die trying.

What are some of your favorite Ninja picture – YA books? Let us know!

LIVE from New York: It's the RhyPiBoMo Awards!