Author and illustrator Patrick McDonnell reads his picture book, TEK: The Modern Cave Boy, in this episode of Read Out Loud!

Tek is a cave boy in love with technology, however he never enjoys the real beauty of the world! Can anyone convince Tek to unplug and come outside into the big, beautiful world? 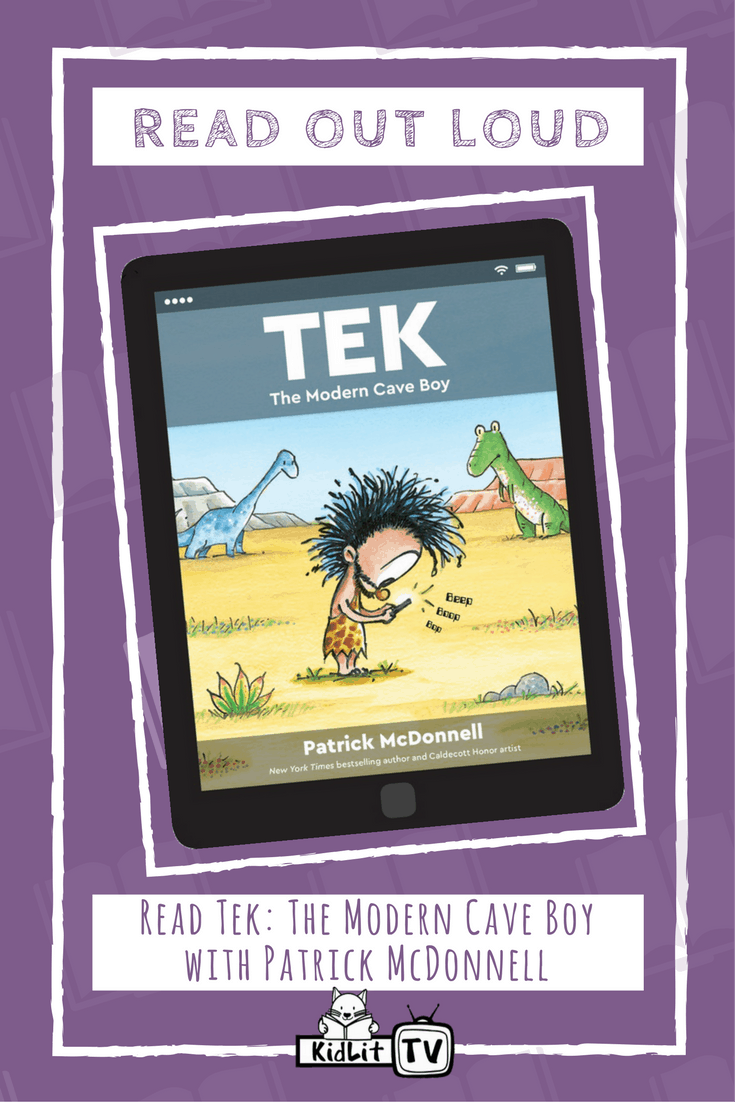 ABOUT PATRICK MCDONNELL
In 1994 Patrick McDonnell created the comic strip MUTTS, which now appears in over 700 newspapers in 20 countries. MUTTS has been described by Peanuts creator Charles Schulz as “One of the best comic strips of all time.” In 2005, McDonnell embarked on a children’s book career. His first children’s book The Gift of Nothing quickly became a New York Times Best Seller. McDonnell is involved with many animal and environmental charities, and is a member of the board of directors for both the HSUS and the Fund for Animals. His characters have been enlisted by the U.S. Marines for their 2006 Toys for Tots holiday poster, the American Library Association’s 2007 “Read!” poster, and by the HSUS for their humane postage stamps.

I really enjoyed “TEK: The Modern Cave Boy,” written and illustrated Patrick McDonnell.
I loved the format and the added “tech” symbols!
A great read for children in our world that are surrounded by so much technology!
Thanks for sharing this today!

I have that book too?

I have that book at home on my bookshelf I read it most of the times though.-.

I have this book at home and I have it in my hand cuz I was just finna read it but I just started doing my work :]

I love this book the most◑﹏◐?