StoryMakers guest Steve Light returned to KidLit TV HQ to read his latest book, Swap! A young first-time pirate barters his way around the port to help a friend in need.

Swap! is one of several new books Steve Light will have published in 2016. Steve revisits his signature illustration style; black and white drawings — with a pop of color — and tons of detail. Steve continues to encourage young readers to explore and collaborate with the aid of friendly and helpful characters.

Watch Steve on StoryMakers and download activity kits for his previous books. 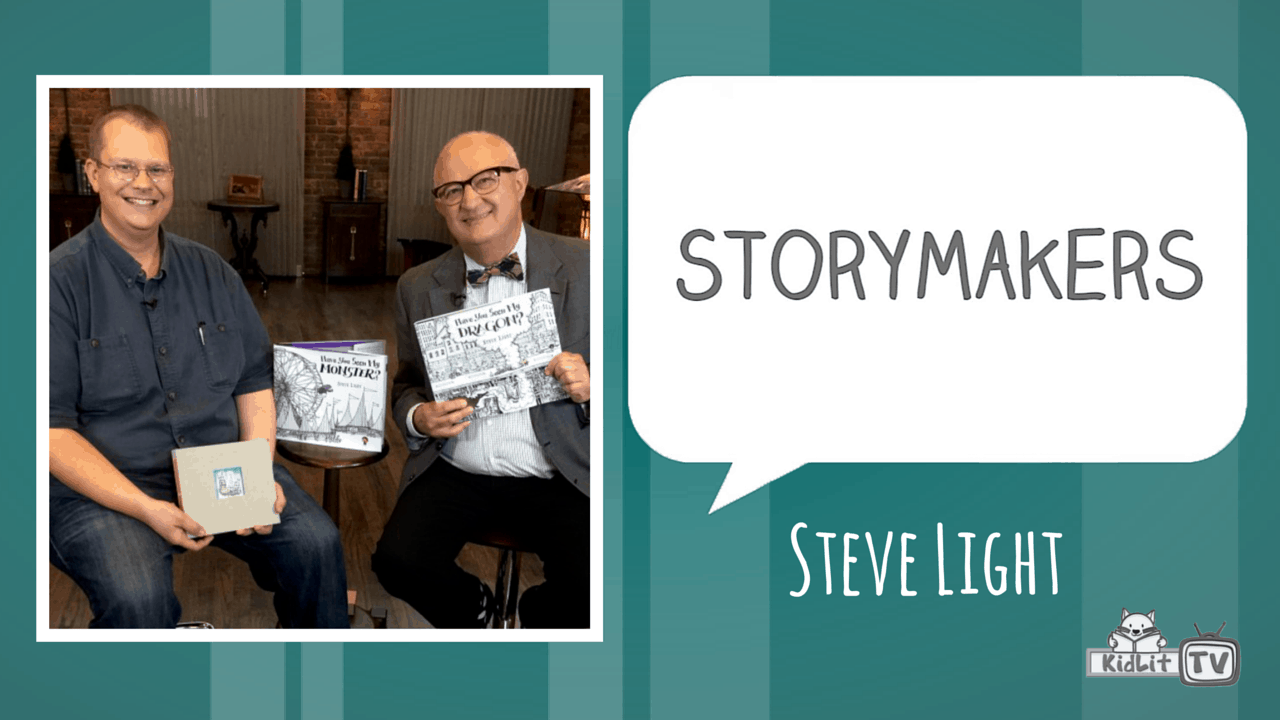 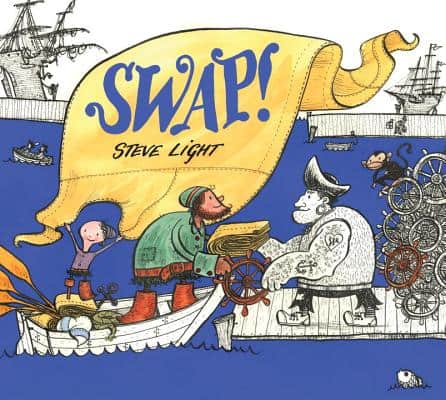 Steve Light is the author and illustrator of several books for children. When he isn’t writing, he’s teaching pre-k students in New York City. Steve is a collector of fountain pens; he has more than 80. When Steve isn’t writing and illustrating he can be found creating models — some of which are inspired by his books –, or carving storyboxes; wood dolls and props that fit in a box, which can be used to tell stories. Steve lives in New York City with his wife. 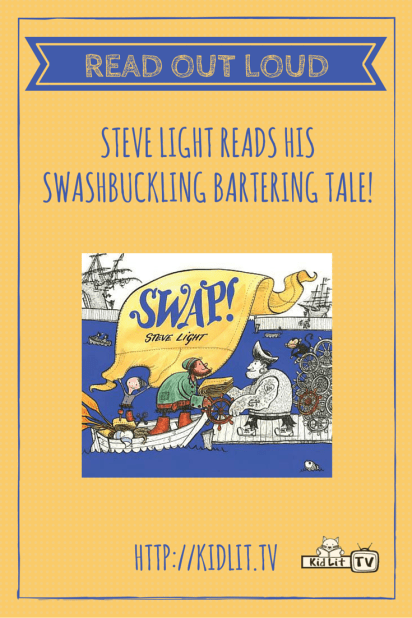 This Kid Can Fly by Aaron Philip