Dan Yaccarino is an author and illustrator of picture and middle grade books. Also, he’s created several animated shows familiar to many parents including Nick Jr.’s Oswald. In this episode of Ready Set Draw! Dan teaches viewers how to draw Alfred, the pug from his picture book, Unlovable.


SUPPLIES YOU CAN USE TO DRAW WITH US 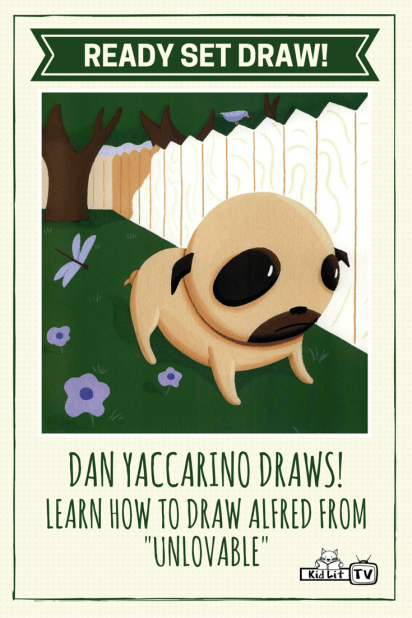 Watch Dan’s episode of StoryMakers to learn more about his books! 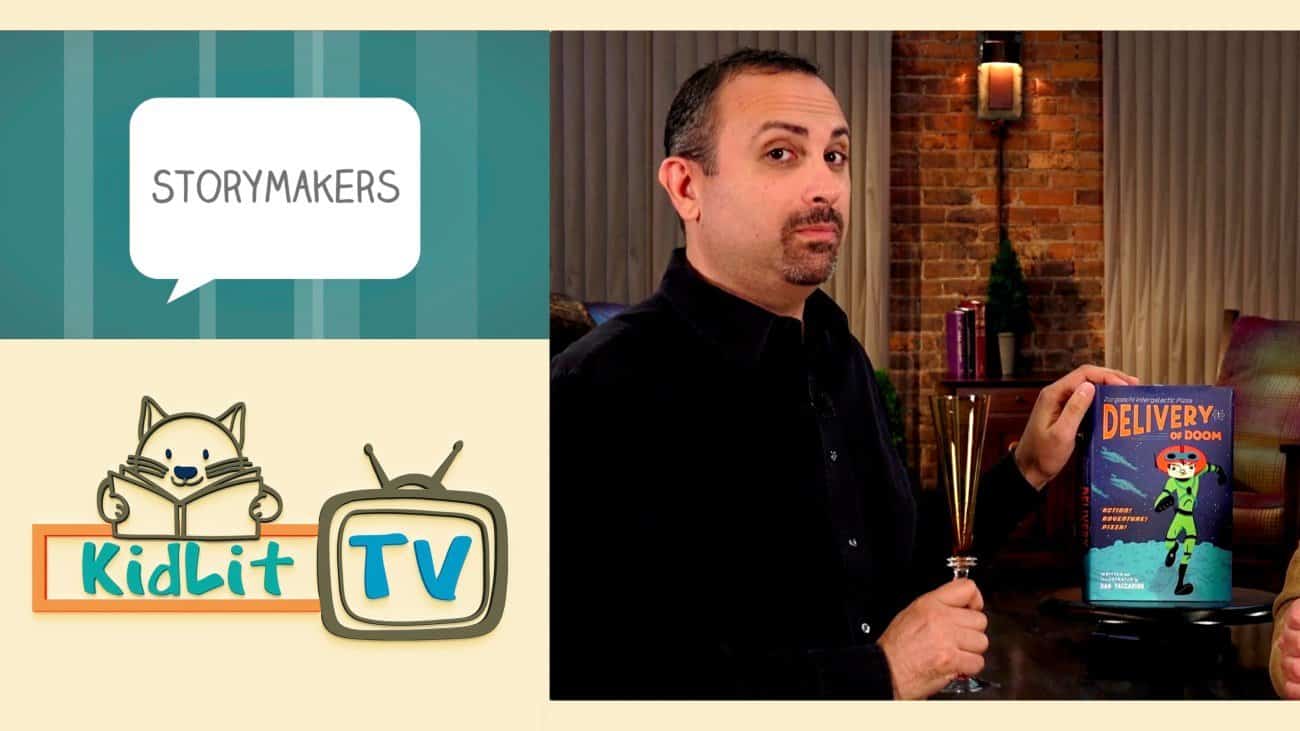 “Alfred and Rex talked for hours. Alfred said he liked sleeping in the sun, dog food, and scratching. Rex did too. Rex said he hated baths and going to the vet. Alfred did too.” A little pug dog learns he’s lovable just the way he is. Alfred the pug dog thinks he’s unlovable. Other dogs make fun of his tiny legs and funny face. The cat and the parrot and even the goldfish tease him. Then a new dog, Rex, moves in next door. Because Alfred wants a friend so badly, he tells Rex a little fib about himself. But what will happen when Rex learns the truth? Will he find Alfred unlovable too? Dan Yaccarino has created a charming story about a little pug who learns the true meaning of friendship.

Via Yaccarino Studio
Children the world over know Dan Yaccarino from his children’s books, Parent’s Choice Award-winning animated TV series Oswald (Nick Jr) and Emmy-winning Willa’s Wild Life (NBC and Qubo) and character designs for The Backyardigans (Nickelodeon), as well as his many illustrated toys, games, and other children’s products. His bold, stylized illustrations add wit and energy to the work of such prestigious authors as Margaret Wise Brown, Jack Prelutsky, Kevin Henkes and Patricia MacLachlan in addition to his own stories.

Dan’s internationally recognized art style has earned him a large following in Japan, exhibits in New York, Los Angeles, Tokyo, and Bologna, and a visit to the White House. Dan’s books have been translated into many languages and have inspired ebooks, children’s musicals and video adaptations. People all over the world enjoy Oswald, Dan’s animated television series about the wonderfully whimsical world of a lovable octopus, which Time magazine chose as one of the top 6 shows to watch on cable. Animation Magazine hails him as “an American original.”

Dan’s work has been recognized with a host of prestigious awards including the Bologna Ragazzi, The New York Time 10 Best Illustrated, ALA Notable and the Parents Choice Award. Over 1.5 million of his books have been sold to date.

Dan lives with his wife and their two children in New York City and creates his quirky characters in his studio full of vintage toys.

love it – yes-pugs are great
patte

Do you have a pug? I don’t have any dog! Well if my mom said yes for dogs, I would get a german shepherd or a alaskan mamolet! P.S. My mom wold never let me get thoose dogs she would let me get a small dog!

How to draw a Dinghy Real Easy

How to Kill Your Child's Creativity