Stephen Mooser and Lin Oliver were two writers tasked with creating educational books for children. Writing books for children was new to them, so they wanted to find out more about the genre. When they couldn’t find a conference specific to this field they created one of their own. Initially they wrote letters to 10 major children’s literature authors, asking if they would be interested in attending the first conference. Lin and Stephen  received responses from all authors; only two of whom declined. Dr. Seuss declined the invitation in a rhyming letter! Thus, the Society of Children’s Book Writers and Illustrators was born. Today SCBWI’s membership is over 25,000 strong, worldwide. There’s even a chapter in Outer Mongolia.

We’re always wondering how authors get ideas for their books. Lin shares touching stories about her latest book, Little Poems for Tiny Ears, and the Hank series. Her book of poetry was written for her granddaughter’s tiny ears only. Then, her close friend Tomie diPaola offered to create illustrations to accompany the poems. Hank’s story takes a page out of Henry Winkler’s life. At 35 the actor, producer, and Lin’s sometimes writing partner realized he lived with dyslexia, which was a major reason for issues he experienced in childhood.

Stephen’s Class Clown Academy, a book written with the reluctant reader in mind, is tied to an interactive website. Although he’s been traditionally published many times he decided to self-publish this project. Stephen encourages parents to have their children keep diaries and to read often. He has a great tip for parents to encourage any television-obsessed child to read.

Watch the video to learn more about Stephen and Lin’s books, the connection SCBWI has to Paula Danziger via the Amber Brown Grant, what SCBWI chapters do, and more.

Continue below to learn more about the titles mentioned in the video, to read Stephen and Lin’s bios, and to connect with them and SCBWI. 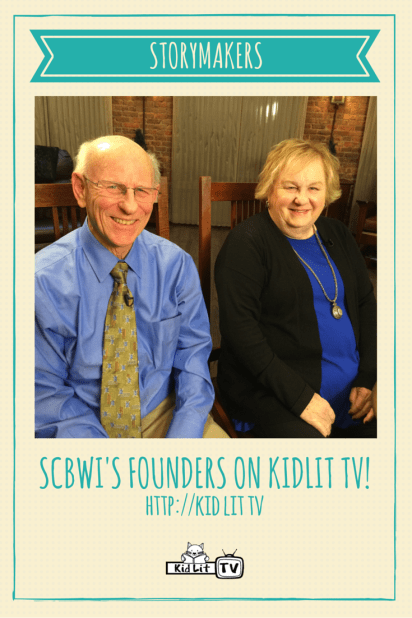 ABOUT ‘LITTLE POEMS FOR TINY EARS’

The dynamic, best-selling team of Lin Oliver and Tomie dePaola have created a charming collection of baby poems that makes the perfect gift for baby showers and first birthdays. For babies and toddlers, each moment is full of wonder and discovery. This delightful collection of original poems celebrates the everyday things that enthrall little ones, such as playing peekaboo, banging pots and pans, splashing at bath time, and cuddling at bedtime. Full of contagious rhythm and rhyme, this inviting picture book introduces young children to the sound of poetry, and beloved illustrator Tomie dePaola’s engaging children are the perfect match for Lin Oliver’s lighthearted poems. Together they ve created a book to be treasured that captures the magic and fun of being new in the world.

During the summer the Class Clown Academy opens for twelve days to let class clowns brush up on their skills. The Class Clown Academy is a special place that keeps our educational system afloat, a unique institution that requires a steady supply of dedicated jokers—people who aren’t afraid to propel a classroom of students out of their seats and onto the floor, howling with laughter. Could that be you? Would you like to be part of the next generation of class clowns? Are you dead serious about being ridiculously funny? Can you laugh hard enough to blow milk out of your nose? Build a paper airplane in under ten seconds? Do them both at the same time! In this book you’ll get a first hand peek at what it takes to gain the school credits necessary to be an official class clown. Meet the students and the teachers, complete an application for the Class Clown Academy!

Visit Class Clown Academy, where you can play learn more about the book, play around, and download the app.

ABOUT STEPHEN MOOSER AND LIN OLIVER

Stephen Mooser grew up in Fresno, California and later attended UCLA where he received a BA in Motion Pictures and later a Masters in Journalism. Steve even got into politics and was President of the UCLA Senior Class in 1963.  After graduating he spent some time looking for treasure. Steve searched for pirate gold hidden an Island in the Gulf of Panama, and spent nearly a year searching the Utah desert for bars of silver stolen by the Outlaw Butch Cassidy and his partner, The Sundance Kid.

Needless to say, Steve didn’t find much treasure, but many of his personal adventures have found their way into his books. Steve Mooser’s first book for children, 101 Black Cats (Scholastic) revolved around a treasure as did Orphan Jeb at the Massacree (Knopf) and Shadows on the Graveyard Trail (Dell Yearling). Among series books Steve has written are The Treasure Hounds (Troll), The Creepy Creature Club (Dell), The All-Star Meatballs (Dell) and Goofball Malone, Ace Detective (Penguin). In all Steve has written over 60 books for children. In addition to adventure stories, he has written a number of nonfiction books about the Weird and Strange. Those include Into The Unknown: Nine Astounding Stories (Lippincott) and The Man Who Ate A Car and Tons of Other Weird True Stories (Dell).

In 1971, with Lin Oliver, Stephen Mooser co-founded the Society of Children’s Book Writers and Illustrators. Today, the SCBWI has nearly 25,000 members around the world with chapters everywhere from Montana to Mongolia and Indiana to India.

LIN OLIVER
Lin Oliver was born in Los Angeles, California. She attended college at UCLA and UC Berkeley where she majored in English. After college, she taught high school, but quickly moved on to writing educational books for children. Her writing partner was Steve Mooser. Neither of them had ever written for children, so they decided to learn more about the field. They attempted to find a conference but none were available, so they created one, and formed the Society of Children’s Book Writers and Illustrators in the process.

Today, the SCBWI has over 22,000 members! Lin loves kid lit creators. She believes they are “child-loving, creative, unique, thoughtful people who celebrate their weirdness and accept others exactly as they are.”

Lin worked at Universal Studios for eleven years, became a Vice-President, and developed many television shows. She wrote and produced shows including Harry and the Hendersons. Besides being an author Lin runs a production company. Lin Oliver Productions has produced many family friendly shows, such as Corduroyand Wayside School, and movies like Finding Buck McHenry and The Trumpet of the Swan.

In 2002, Henry Winkler and Lin published their first book in the Hank Zipzer: World’s Best Underachiever series. They wanted to write a story about a funny, resourceful and smart kid who has a learning disability. There are 18 books in the Hank series which has sold over 4 million copies and there is a series for younger kids called Here’s Hank, about Hank in the second grade. Lin loves writing about Hank “because I believe we all have challenges in life and what defines us is how we deal with them with courage, honesty and self-acceptance.”

Lin has written several book series for young people, including Who Shrunk Daniel Funk, Almost Identical and with her son Theo Baker, Sound Bender and The Shadow Mask. Her most recent book is a collaboration with the award-winning illustrator Tomie de Paola, called Little Poems for Tiny Ears; a collection of humorous poems for very children.

She lives in California with her husband Alan; he is an associate dean at the School of Cinematic Arts at the University of Southern California. They have three sons; Theo, Ollie, and Cole. As a family they have travelled all over the world. Also, Lin has a naughty dog named Dexter Duncan Baker.

ABOUT THE SOCIETY OF CHILDREN’S BOOK WRITERS AND ILLUSTRATORS

Via SCBWI
The Society of Children’s Book Writers and Illustrators, a non-profit, 501(c)3 organization, is one of the largest existing organizations for writers and illustrators. It is the only professional organization specifically for those individuals writing and illustrating for children and young adults in the fields of children’s literature, magazines, film, television, and multimedia.  Our mission is to support the creation and availability of quality children’s books around the world. We accomplish this by fostering a vibrant community of individuals who bring books for young readers to the public including writers, illustrators, translators, editors, publishers, agents, librarians, educators, booksellers, bloggers, enthusiasts and others. We provide education and support for these individuals  and the community through our awards, grants, programs and events. We strive to increase the quality and quantity of children’s books in the marketplace, and act as a consolidated voice for writers and illustrators of children’s books worldwide. Membership in the SCBWI is open to anyone with an active interest in children’s literature from picture books to young adult novels. We welcome aspiring and published writers and illustrators, librarians, educators, artists, students, dramatists, musicians, filmmakers, and others. A passion for children’s literature is our #1 criterion.

Loved to hear about the beginning of SCBWI from the founders themselves. What an inspiration! I have been a member for almost 4 years and look forward to publishing my first book!

Vicki, this was such a great interview to shoot. Stephen and Lin dropped gem after gem. We see why SCBWI has so many members who’re excited to be a part of the organization; the founders are so passionate!

Congrats on publishing your first book! Keep us updated!

This is so neat to learn more about SCBWI. It’s made such a difference for me. Thank you!

What fun to get to hear/see more of Lin and Stephen :D

As a school’s librarian, I can’t overstate how much SCBWI has raised the bar for children’s literature. Hundreds of writers and illustrators would never been published if it hadn’t been for this amazing organization. Millions of young readers have Lin and Steve to thank for making the pages of a book a more exciting place to visit.

How I became an illustrator