Nick Bruel’s Bad Kitty is everyone’s favorite mischievous feline. Recently, the series creator and Bad Kitty herself were interviewed by Rocco Staino on StoryMakers. The Bad Kitty series is a favorite of early readers and those who’ve been introduced to chapter books. Bruel discusses the evolution of the Bad Kitty series — from picture books to chapter books; his inspiration for going against the sometimes syrupy sweet kid lit grain; and how Bad Kitty went from page to stage. Nick Bruel has appeared in the Princeton Book Festival and Carle Honors episodes of StoryMakers.

We’re giving away three (3) copies of Nick Bruel’s Bad Kitty Goes to the Vet and a MerryMakers Bad Kitty backpack pull. The giveaway ends at 12:00 PM on April 20, 2016. Enter now! 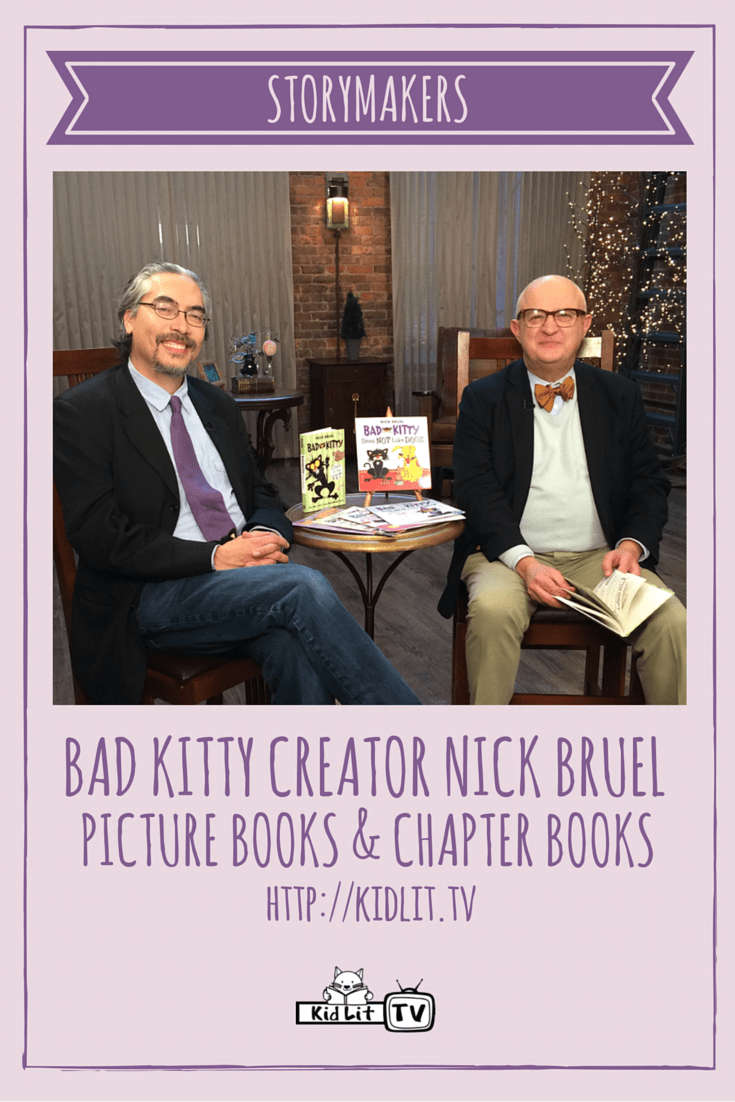 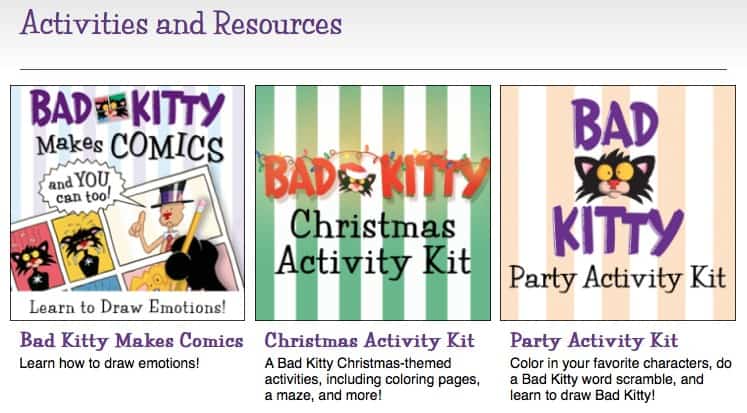 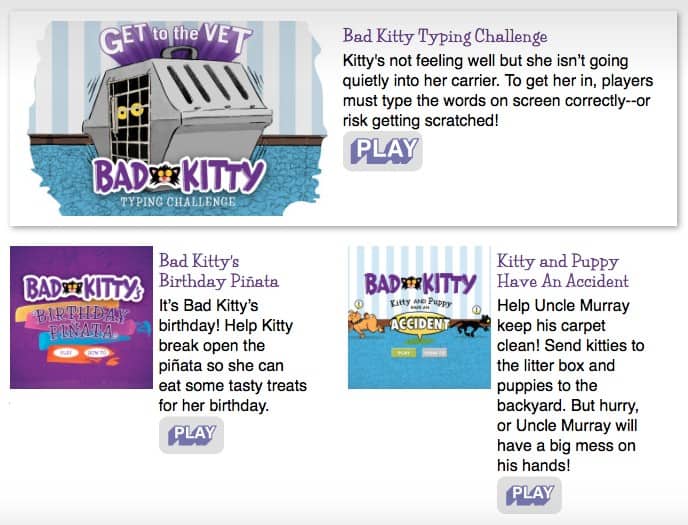 ABOUT ‘BAD KITTY GOES TO THE VET’

Bad Kitty Goes to the Vet

When Kitty is happy and healthy, everything is perfect. She jumps around, eats everything in sight, and has the energy to keep slobbering puppies in their place. But when she’s sick, all she can do is lie in her bed. Looks like it’s time for this sick kitty to go…to the vet. When Kitty’s family finally manages to get their clawing, angry pet into the doctor’s office, it’s a wild adventure for Kitty, who has to get the most dreaded thing of all…a shot. Once the shot is administered, Kitty is cast into an ingenious dream within a dream sequence in which she has to make right by Puppy or risk being shut out of PussyCat heaven forever. This ninth installment of the popular Bad Kitty series from Nick Bruel is chock-full of brilliant supporting characters and, of course, the crankiest bad kitty you’ve ever seen.

Nick Bruel is the author and illustrator of New York Times bestseller Boing! and the Bad Kitty books, among others. He is a freelance illustrator and cartoonist, and during his down time, he collects PEZ dispensers and grows tomatoes in the backyard. He lives in Tarrytown, NY with his wife Carina and their lovely cat Esmerelda.

I am amazed every time I visit your KidLitTV site. You all do such a wonderful job with the content and creating a true sense of community. Thanks for all you do!

Hi Michelle! Thanks so much. We do our best to make sure those who create kid lit feel just as supported as the ones who consume the work. Speaking of community … Thanks for all you do to make sure some of the most vulnerable children are exposed to great kid lit!

PS— I forgot to mention this in my 1st comment-
The interview with Rocco and Bad Kitty was so funny and perfect—-‘didn’t know cats could draw :)
patte

Yet another fun thing we get to do here at KidLit TV, Patte! Bad Kitty is an *excellent* artist. Perhaps she’ll collaborate on a book with Nick sometime in the future.

Bad Kitty Does Not Like Dogs was hilarious. So like real life. also loved the sticker page. great job as usual.

Bad Kitty is one of our favorite characters. Kids love her so much, so we were delighted she could make an appearance. We’re happy you enjoyed the book!

I’m a big fan of the original Bad Kitty picture book. Well, we all are. We haven’t read the chapter books yet!

My daughter is 5, almost 6, so I’ve got these on my list of early chapter books to introduce her to. She’s a huge cat lover!

Very clever idea to have Bad Kitty interviewed before Bruel. My kids love his books and they enjoyed watching one of their fav author/illustrators!

Aw! I’m happy we were able to bring your children one of their favorite author/illustrators. Please let them know Nick is a wonderful person who brings fresh cookies to the set!

Jeff, that is most certainly true. We’ve got to teach children about their civic duty at an early age. Something tells me that book is going to have a resurgence in popularity in schools, libraries, and bookstores in the coming months.

I want to read Bad Kitty goes to the vet. It sounds great.

All of Nick’s books are great! Did you enter the giveaway?

Another purrfect interview and giveaway! You guys are the cat’s meow.

Another great interview! Thank you all at KidLit TV for all you do!

StoryMakers On Location | The Art and Whimsy of Mo Willems