Award-winning author and illustrator Dan Yaccarino returns to Ready Set Draw to teach viewers how to draw Doug from Doug Unplugged. Doug is an inquisitive little robot boy who sets off to see the world beyond his home. After drawing Doug it is a good idea to go on a walk to explore your neighborhood.

SUPPLIES YOU CAN USE TO DRAW WITH US

Watch Dan’s episode of StoryMakers to learn more about his books. 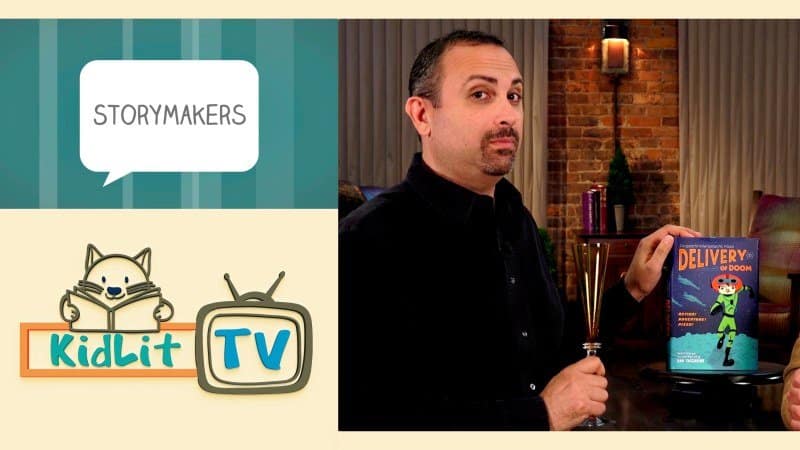 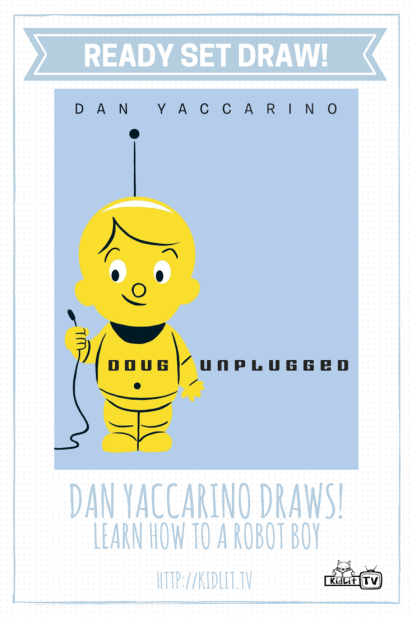 Doug is a robot. His parents want him to be smart, so each morning they plug him in and start the information download. After a morning spent learning facts about the city, Doug suspects he could learn even more about the city by going outside and exploring it. And so Doug … unplugs. What follows is an exciting day of adventure and discovery. Doug learns amazing things by doing and seeing and touching and listening and above all, by interacting with a new friend. Dan Yaccarino’s funny story of robot rebellion is a great reminder that sometimes the best way to learn about the world is to go out and be in it.

Children the world over know Dan Yaccarino from his children’s books, Parent’s Choice Award-winning animated TV series Oswald (Nick Jr) and Emmy-winning Willa’s Wild Life (NBC and Qubo) and character designs for The Backyardigans (Nickelodeon), as well as his many illustrated toys, games, and other children’s products. His bold, stylized illustrations add wit and energy to the work of such prestigious authors as Margaret Wise Brown, Jack Prelutsky, Kevin Henkes and Patricia MacLachlan in addition to his own stories.

Dan’s internationally recognized art style has earned him a large following in Japan, exhibits in New York, Los Angeles, Tokyo, and Bologna, and a visit to the White House. Dan’s books have been translated into many languages and have inspired ebooks, children’s musicals and video adaptations. People all over the world enjoy Oswald, Dan’s animated television series about the wonderfully whimsical world of a lovable octopus, which Time magazine chose as one of the top 6 shows to watch on cable. Animation Magazine hails him as “an American original.”

Dan’s work has been recognized with a host of prestigious awards including the Bologna Ragazzi, The New York Time 10 Best Illustrated, ALA Notable and the Parents Choice Award. Over 1.5 million of his books have been sold to date.

What a cute ”READY SET DRAW”
The lesson was good from Dan and Katya’s picture was ok [ha ha] it was good
One question though -Did Dan and Katya call each other about what to wear? They match perfectly! [smile]
Love it!
patte

The Cheap Art Supplies Challenge! (Under $5)

Some Fun 'Alice Through the Looking Glass' Activity Pages