Both the Irma Black Award and Cook Prize recognize outstanding children’s books. Continue reading to see the list of winners and honor books, and to learn more about the origin of the award and prize.

We’ve provided time stamps (in parentheses) for the interviews conducted during this episode of StoryMakers On Location. 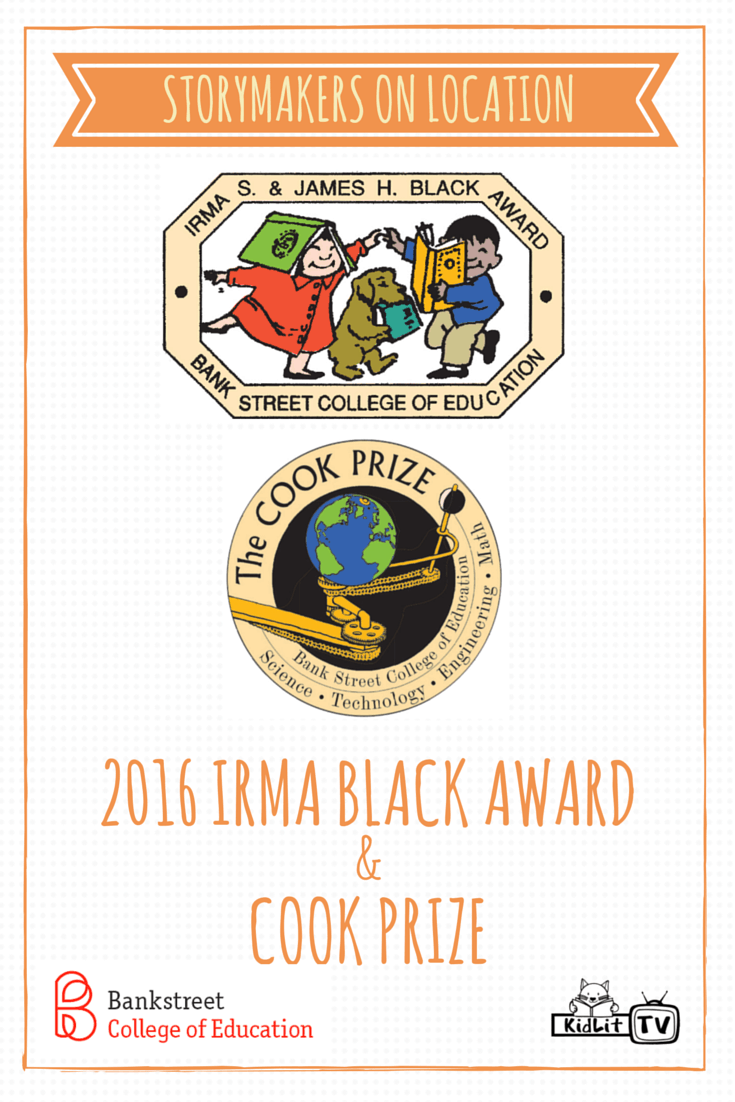 You Can Do It, Bert!
Written and illustrated by Ole Könnecke
Published by Gecko Press

Mesmerized: How Ben Franklin Solved a Mystery that Baffled All of France
Written by Mara Rockliff, illustrated by Iacopo Bruno
Published by Candlewick Press

ABOUT THE IRMA BLACK AWARD AND COOK PRIZE

Irma Black wrote and edited children’s books. She was a longtime member of the Bank Street Writers Laboratory. The Irma S. and James H. Black Award for Excellence in Children’s Literature is awarded to an exceptional book whose text and illustration augment each other in such a manner that they create an unforgettable whole.

ABOUT THE BANK STREET COLLEGE OF EDUCATION

The mission of Bank Street College is to improve the education of children and their teachers by applying to the education process all available knowledge about learning and growth, and by connecting teaching and learning meaningfully to the outside world. In so doing, we seek to strengthen not only individuals, but the community as well, including family, school, and the larger society in which adults and children, in all their diversity, interact and learn. We see in education the opportunity to build a better society.