You can’t be a writer, if you’re not a reader.
– Tish Rabe’s message for children

Tish Rabe is the author behind the latest generation of Dr. Seuss books. When the beloved author of classics including The Cat In the Hat and What Pet Should I Get? passed away, Rabe was tasked with keeping his legacy alive through his rhyming picture books. Rabe has been writing Cat in the Hat books for 20 years!

Tish Rabe is a masterful rhymer which is evident as she makes learning about subjects including space, health, and biology seem beyond fun! She writes the spin-off books based on the daily PBS Kids series, “The Cat In the Hat Knows A Lot About That!” It takes over two years for Rabe and her team — including illustrators Aristides Ruiz and Joe Mathieu — to create each book. The silly rhyming facts are vetted by scientists; down to the color of planets!

Stay tuned to find out Tish Rabe’s Three Rs, how she writes her rhymes, where she got her break in children’s television, and to learn more about how the books and television series go hand-in-hand. Also, Rabe has some great advice for your little authors!

We’re giving away three (3) bundles of books for this episode of StoryMakers. Each bundle includes a of copy of Tish Rabe’s picture books, LOVE YOU, HUG YOU, READ TO YOU; ¡TE AMO, TE ABRAZO, LEO CONTIGO!; OH, BABY, THE PLACES YOU’LL GO!; CLAM-I-AM; THERE’S NO PLACE LIKE SPACE; and THE I BELIEVE BUNNY. The giveaway ends at 11:59 PM on June 14, 2016. ENTER NOW! 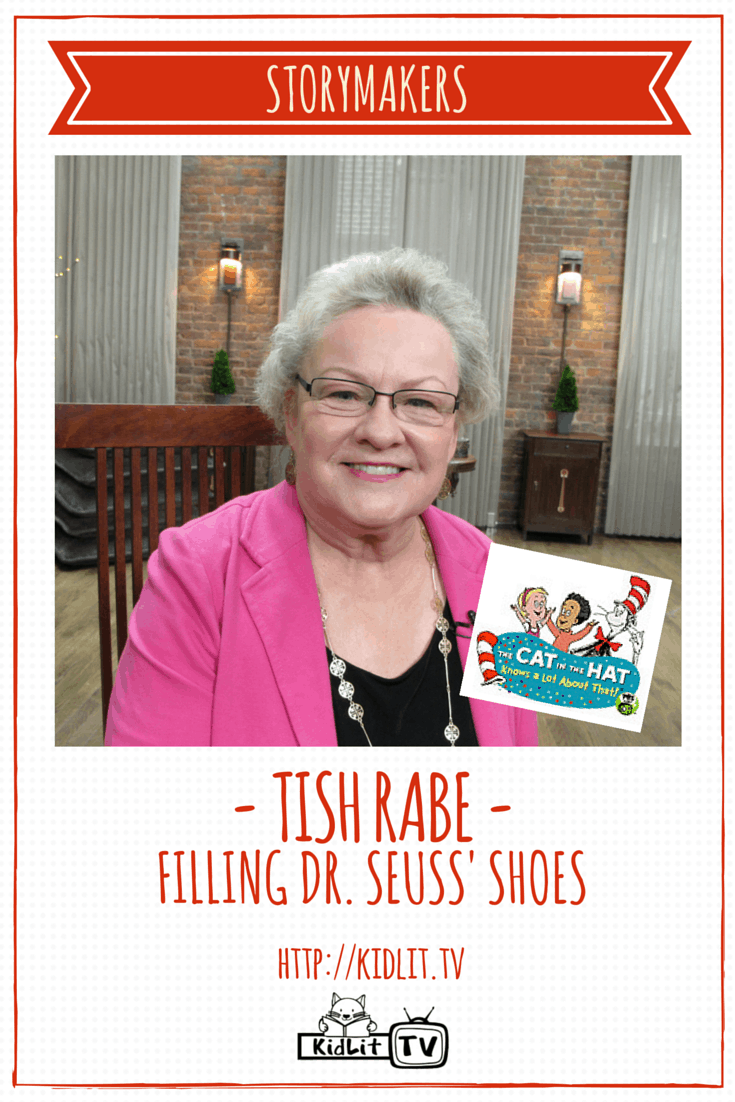 Click the image below to enter PBS’ The Cat in the Hat Knows a Lot About That website. Play games, download printables, and get literacy tips for parents. 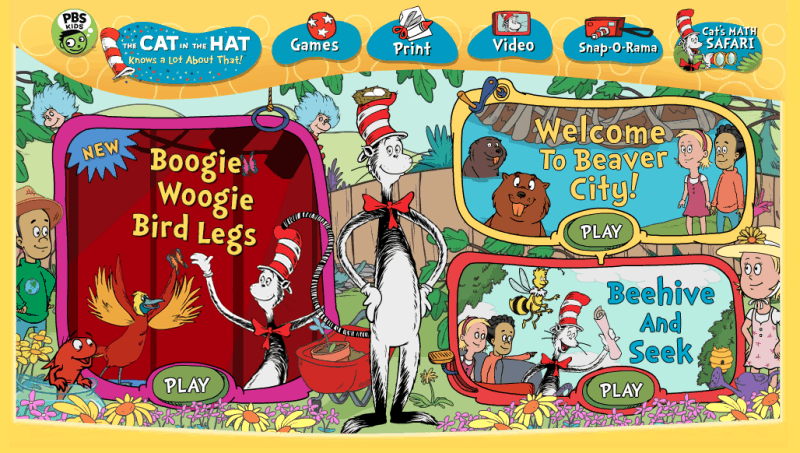 Artfully adapted almost entirely from Ted Geisel’s work, this introduction to the world of Dr. Seuss is a must for expectant parents and new babies In simple rhymed verse, author Tish Rabe extolls the joys awaiting newborns when they meet the Cat in the Hat, Horton the Elephant, Yertle the Turtle, the Great Birthday Bird, the Grinch, and twenty-five other beloved Seuss characters. Written to be read aloud to babies and babies-to-be (“yes,” babies in utero ), the book includes a brief introduction by “Mrs.” Dr. Seuss Audrey Geisel revealing how she and Ted were fascinated by the idea that babies could hear sounds while still in the womb and might actually respond to the voices of their parents. A perfect gift for baby showers and newborns, Oh, Baby, the Places You’ll Go is the ideal way to nurture a love of reading and Dr. Seuss in the very youngest children.

The I Believe Bunny
Written by Tish Rabe, illustrated by Frank Enderby
Published by Thomas Nelson

Introducing the I Believe Bunny—a delightful new series that helps kids learn about believing, sharing, and putting their faith into action.

Children will identify with Bunny and learn along with him that God is always there to help. Prayer works! Little Mouse is in trouble and Bunny is the only one nearby to help her. But, Bunny is too small. He has to set aside his own fear and trust in God. By putting his faith into action, Bunny is able to help Little Mouse and save the day.

Not only does this precious book teach the importance of calling on God for our every need, it helps children remember to be thankful for God’s work in their lives.

Normal the Fish is hosting a seaside talkshow for the Fish Channel and the Cat in the Hat and Thing One and Thing Two are cameracat and crew. Among Norval’s special guests are his old friend Clam-I-Am (a shy gal who lives in the sand and likes to spit), along with horseshoe and hermit crabs, jellyfish, sand fleas, starfish, seagulls, and miscellaneous mollusks. Seaweed, seaglass, tides, tidal pools, dunes, driftwood, and waves make cameo appearances, too. “Warning: Beginning readers are apt to be swept away.”

There’s No Place Like Space: All About Our Solar System

“Au revoir,” Pluto In this newly revised, bestselling backlist title, beginning readers and budding astronomers are launched on a wild trip to visit the now “eight “planets in our solar system (per the International Astronomical Union’s 2006 decision to downgrade Pluto from a planet to a dwarf planet), along with the Cat in the Hat, Thing One, Thing Two, Dick, and Sally. It’s a reading adventure that’s out of this world.

I LOVE Dr Seuss and your work, Tish Rabe! My fave character is definitely The Cat in the Hat himself!

My favorite book of all time is One Fish, Blue Fish.

These’ll be great to donate to a kids nonprofit I like to support!

My favorite book is Hop on Pop