Ready Set Draw! BAD KITTY Makes Comics & You Can, Too

Bad Kitty creator Nick Bruel is back and he has another fun activity for you! Bad Kitty Makes Comics … and You Can Too!, is Nick’s guide to drawing comics for kids. On this episode of Ready Set Draw!, Nick goes over the basics of creating a simple comic strip. The best part is you don’t have to know how to draw to join the fun!

Did you, your child, or a student draw their own comic after watching this episode? Share your images with us!  Post them on our KidLit TV Facebook page OR use the hashtag #ReadySetDraw on Facebook, Instagram, or Twitter so we can find you! We can’t wait to see what you’ve made! 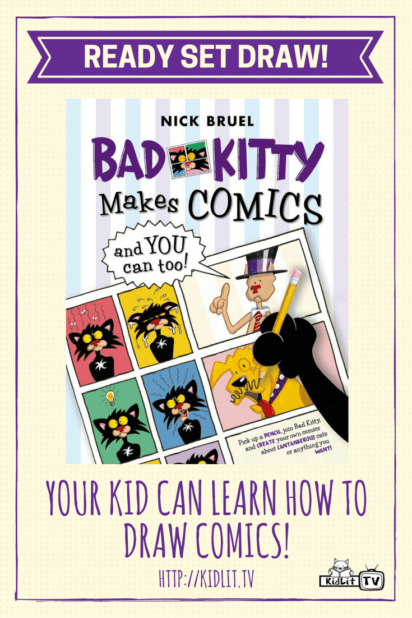 Learn how to draw Bad Kitty on Ready Set Draw! 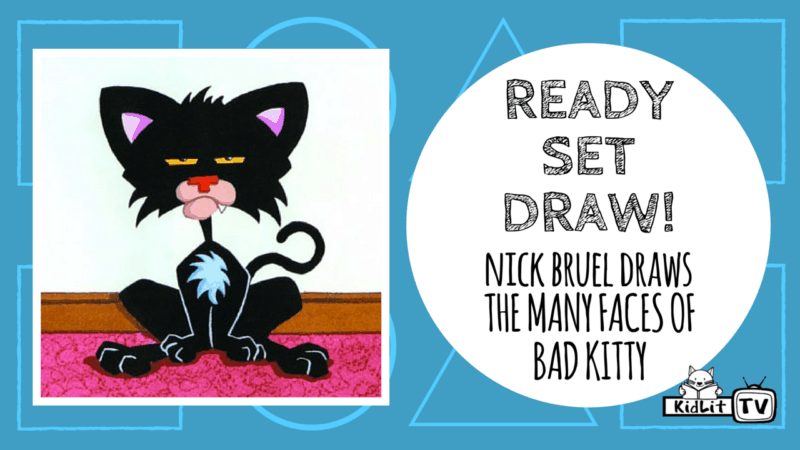 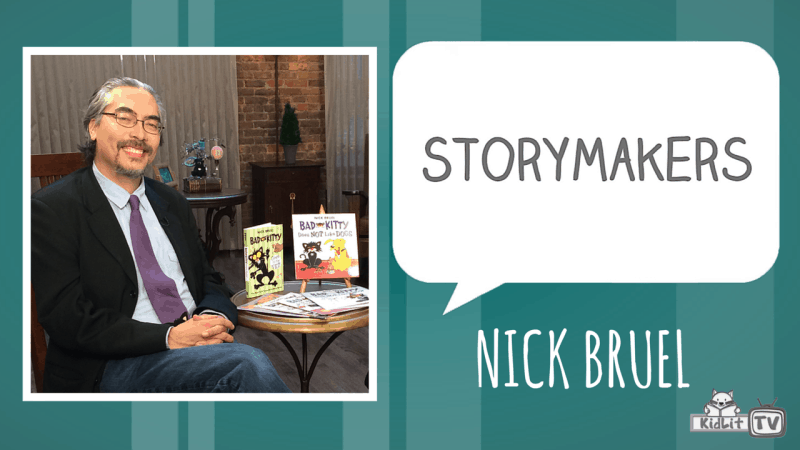 ABOUT BAD KITTY MAKES COMICS … AND YOU CAN TOO!

Bad Kitty Makes Comics … and You Can Too!
Written and illustrated by Nick Bruel
Published by Square Fish

Kitty is bored. She is so bored, in fact, that she even considers playing with that slobbering mutt Puppy, who lives in her house. Nah. Instead, she thinks she’ll take a nap. That is, until there is a knock on the door … Strange Kitty is here to guide both Kitty and Kitty’s fans through the world of making comics. Like to draw? Great! Here’s your chance to show off your skills. Don’t know how to draw? That’s okay. Through guided exercises you will learn all about how comics work, including sections on panelling, sound and visual effects, word balloons and so much more. With such fun activities and a hilarious story to boot, this is bound to be a Bad Kitty favorite.

Nick Bruel is the author and illustrator of New York Times bestseller Boing! and the Bad Kitty books, among others. He is a freelance illustrator and cartoonist, and during his down time, he collects PEZ dispensers and grows tomatoes in the backyard. He lives in Tarrytown, NY with his wife Carina and their lovely cat Esmerelda.

I can’t imagine there won’t be a LOT of kids making comics after this expert instruction! This was excellent, Nick! :D

It’s great because these comics are really simple. Kids don’t have to be the best illustrators, they just have to be imaginative!