StoryMakers On Location with Katherine Paterson THE GREAT GILLY HOPKINS

StoryMakers host Rocco Staino caught up Katherine Paterson and her son David Paterson at the New York Public Library to chat about the premiere of the film THE GREAT GILLY HOPKINS! Rocco soon finds out that her son David is not only the film’s screenwriter but one of its producers!

Katherine was inspired by personal experience to write THE GREAT GILLY HOPKINS. Many years ago, she and her husband were asked to foster two children. The challenging events during this time prompted her to create Gilly Hopkins, a troubled kid who just wants to feel like she matters. THE GREAT GILLY HOPKINS WILL premiere in several theaters and On-Demand as a multi-platform release!

Katherine hopes this film will help inspire others to make a difference in a child’s life around the world.

We’re giving away THE GREAT GILLY HOPKINS  poster signed by Katherine and David Paterson!  The giveaway ends at 11:59 PM on October 21, 2016. ENTER NOW!
a Rafflecopter giveaway 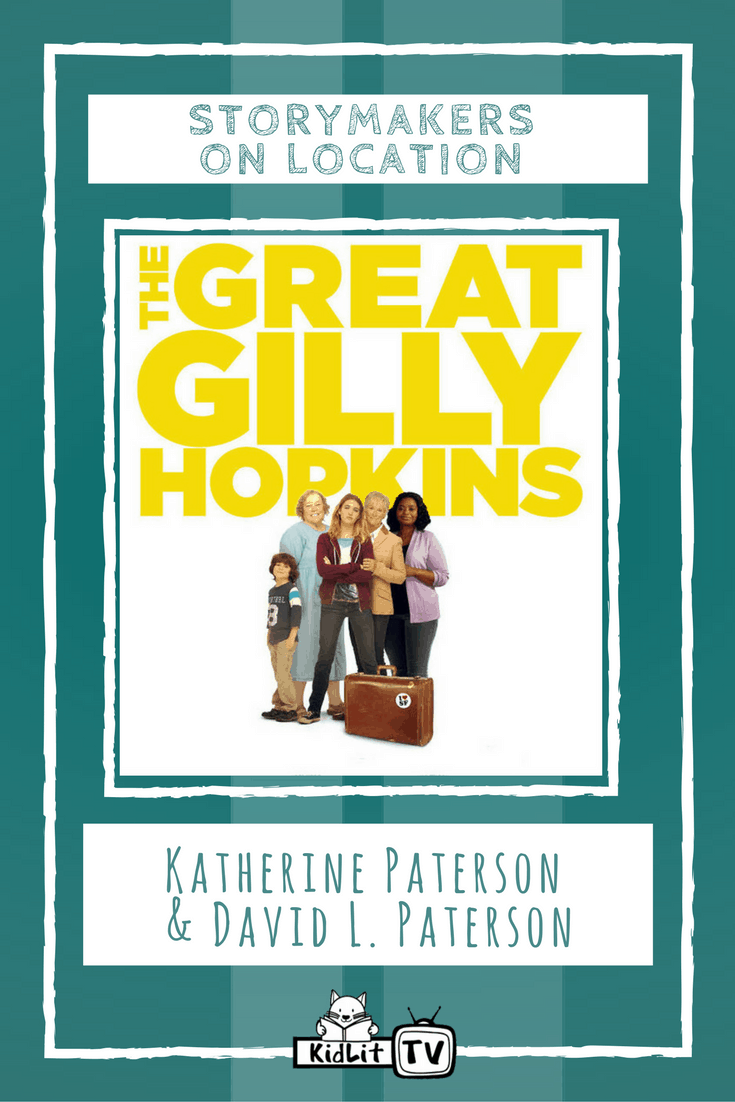 Eleven-year-old Gilly has been stuck in more foster families than she can remember, and she’s disliked them all. She has a reputation for being brash, brilliant, and completely unmanageable, and that’s the way she likes it. So when she’s sent to live with Mrs. Trotter and William Ernest by far the strangest family yet she knows it’s only a temporary problem.

ABOUT KATHERINE PATERSON
Katherine Paterson is the author of more than 30 books, including 16 novels for children and young people. She has twice won the Newbery Medal, for Bridge to Terabithia in 1978 and Jacob Have I Loved in 1981. The Master Puppeteer won the National Book Award in 1977 and The Great Gilly Hopkins won the National Book Award in 1979 and was also a Newbery Honor Book. For the body of her work she received the Hans Christian Andersen Award in 1998, the Astrid Lindgren Memorial Award in 2006, and in 2000 was named a Living Legend by the Library of Congress.

Katherine Paterson inspired me to write middle-grade fiction. I love her powerful writing! Now to the question–I try to be an example of kindness to others with simple things like kind words, smiles, opening doors, etc. to hopefully inspire others to do the same.

Thank you, Danielle! You are an inspiration.