Move at your own pace and learn how to draw two characters from Angela Dominguez’s picture books — a “tortuga” and llama —  in this episode of Ready Set Draw! 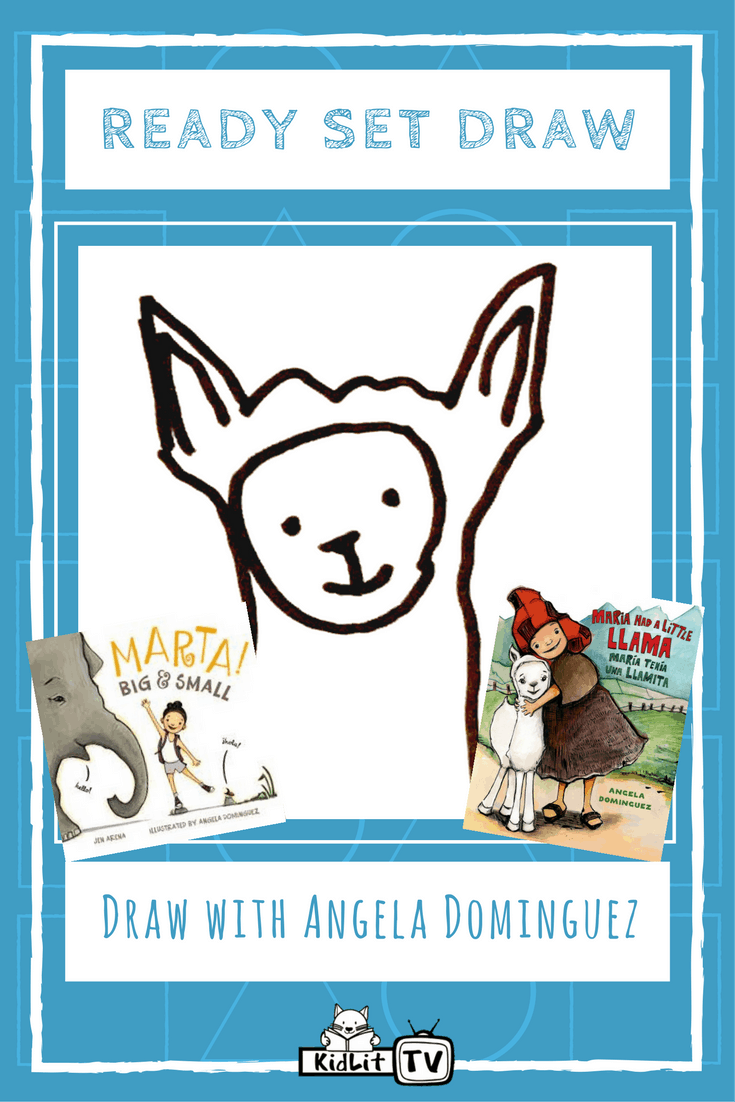 Marta! Big & Small
Written by Jen Arena;illustrated by Angela Dominguez
Marta is una nina, an ordinary girl has some extraordinary animal friends. As Marta explores the jungle and knows she’s bigger than a bug, smaller than an elephant, and faster than a turtle. But then she meets the snake, who thinks Marta is sabrosa tasty, very tasty But Marta is a clever girl, and she outsmarts the snake!

Maria Had a Little Llama / Maria Tenia Una Llamita
Written & Illustrated by Angela Dominguez
Everyone knows about Mary and her little lamb. But do you know Maria? With gorgeous, Peruvian-inspired illustrations, Angela Dominguez gives a fresh new twist to the classic rhyme. Maria and her mischievous little llama will steal your heart.

Angela was born in Mexico City, grew up in the great state of Texas, and lived in San Francisco. She’s the author and illustrator of picture books such as Let’s Go Hugo!, Santiago Stays, Knit Together, and Maria Had a Little Llama, which received the American Library Association Pura Belpré Illustration Honor. Recently, she received her second Pura Belpré Honor for her illustrations in Mango, Abuela, and Me written by Meg Medina. When Angela is not in her Brooklyn studio, Angela teaches at the Academy of Art University, which honored her with their Distinguished Alumni Award in 2013.  She also enjoys presenting at different schools and libraries to all sorts of ages. Angela is a proud member of SCBWI, PEN America, and represented by Wernick and Pratt Literary Agency.
CONNECT ANGELA DOMINGUEZ
Website | Facebook | Twitter

This such a great idea.

How to Draw Snowy Mountains