Hey kids! Do you like picture books that rhyme like the Dr. Seuss books your parents read and grew up with? Every year the folks at Rhyming Picture Book Month (founded by Angie Karcher) run a contest to pick the best rhyming picture books of the year, and it’s voted on by writers just like you!

Today we’re teaming up with RhyPiBoMo to announce the
2016 Best in Rhyme Top 10 Books! 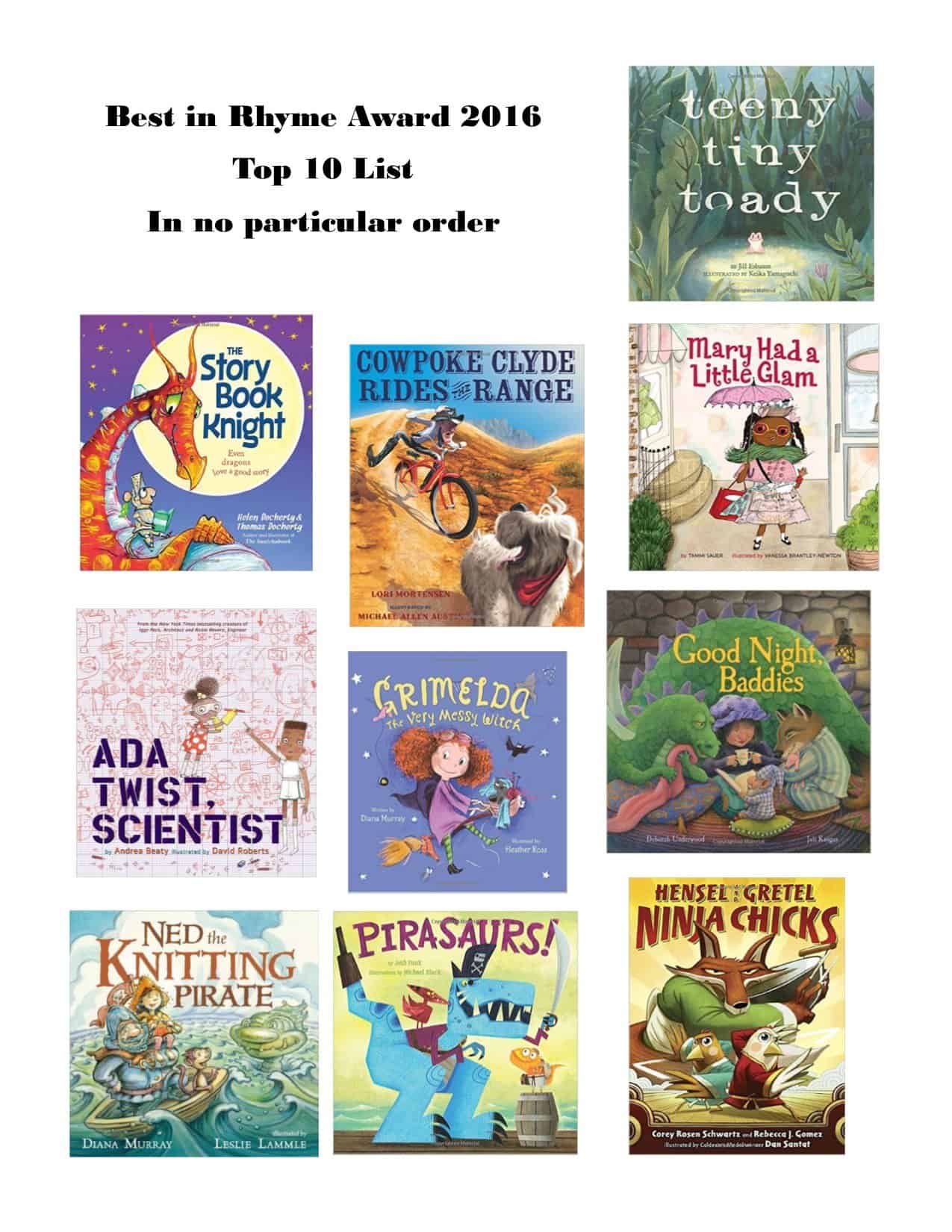 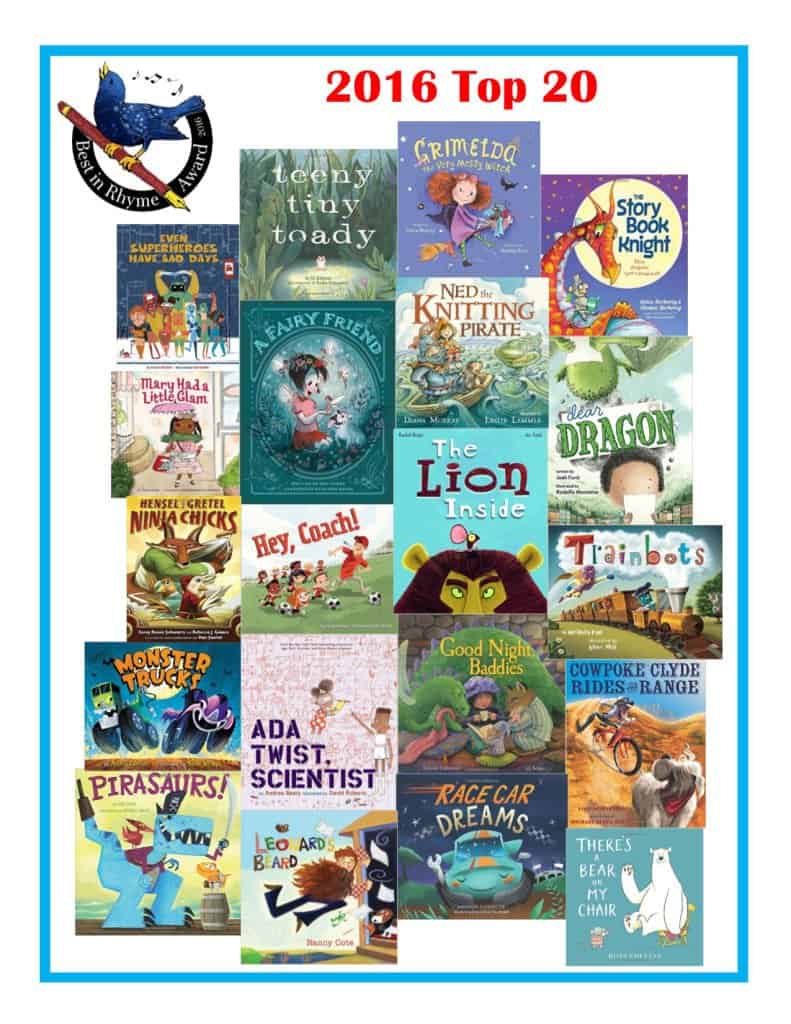 Be sure to also watch how we celebrate rhyming picture books in our silly parody video!

Who is your favorite rhyming picture book author? We’d love to know.

I love the Top Ten! I’ve read every single one! Go Rhyming Picture Book Committee! Thanks for your work and for loving rhyming picture books!

OOOOOOH MY GOODNESS I LOVED IT!!!!!!! This is so wonderful! I JUST LOVE THIS!!

Books to Read Together on MLK Day