Get ready for an exciting new book in Phil’ Bildner’s Rip and Red series, TOURNAMENT OF CHAMPIONS! KidLit TV is proud to present the trailer to this action-packed book filled with team work, competition and non-stop basketball fun. A big shout out to Kristen Picone’s 5th graders from RJO Intermediate School in Kings Park, New York who made the trailer! 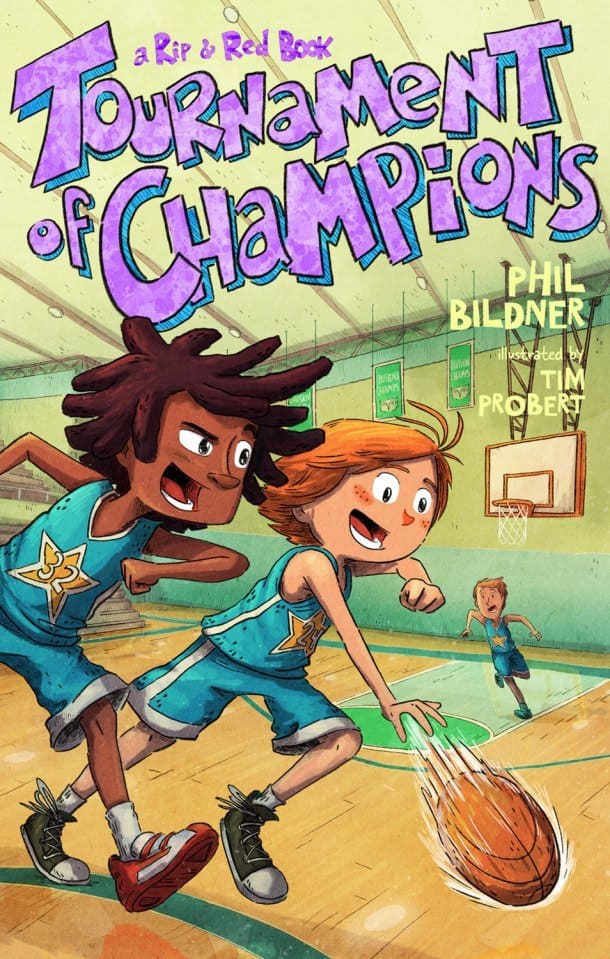 It’s spring of their fifth-grade year and Rip and Red have a thrilling opportunity to participate in a weekend basketball tournament with a few other members of Clifton United. While the tournament is only a short bus ride away, both boys will travel outside their comfort zones. Ultra-competitive Rip must play on a team with kids he doesn’t like. But he faces an even bigger hurdle when someone from his past returns, someone he hasn’t seen in years, someone who just may derail the entire weekend. As for Red, because of his autism spectrum disorder, he’s never traveled anywhere without his mother. Will he muster the courage to take the trip? Fortunately for both boys, also on the team is an unlikely addition, a source of inspiration who helps everyone discover the true meaning of the word champion.

Tournament of Champions is the third book in Phil Bildner’s Rip and Red series.

THE KID FROM PLANET Z Trailer