Eisner-nominated, New York Times bestselling graphic novelist, Nathan Hale is on StoryMakers on Location! You might know him from his American history graphic novel NATHAN HALE’S HAZARDOUS TALES or from his illustrations! Join him and Rocco Staino on an exciting interview! 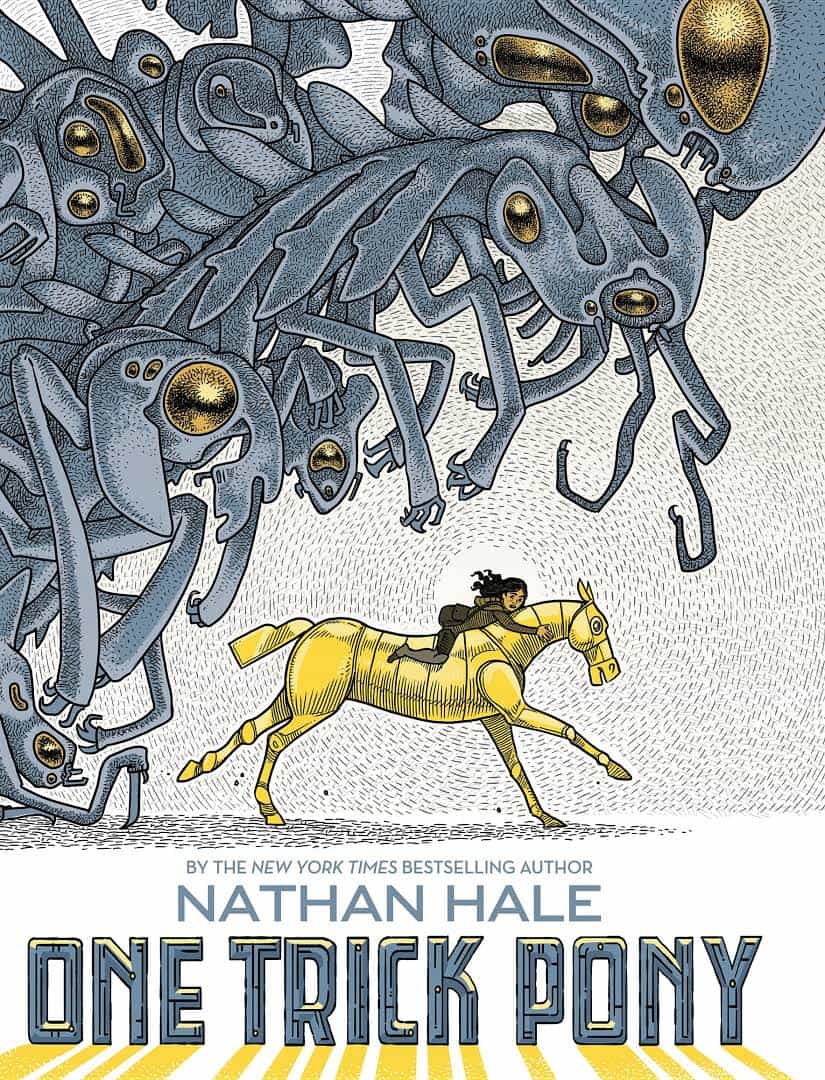 The aliens have arrived. And they’re hungry for electricity. In the Earth of the future, humans are on the run from an alien force—giant blobs who suck up electrical devices wherever they can find them. Strata and her family are part of a caravan of digital rescuers, hoping to keep the memory of civilization alive by saving electronics wherever they can. Many humans have reverted to a pre-electrical age, and others have taken advantage of the invasion to become dangerous bandits and outlaws. When Strata and her brother are separated from the caravan, they must rely on a particularly beautiful and rare robot pony to escape the outlaws and aliens—and defeat the invaders once and for all.