Read along with KidLit TV host Rocco Staino on this episode of Read Out Loud on Governors Island! Rocco will be reading THE LITTLE RED LIGHTHOUSE.

We taped this episode of Read Out Loud on location during the KidLit TV Children’s Book Weekend on Governors Island at a house built in the late 1800s! The military installation on Governors Island was known collectively as Fort Columbus, and in 1878, officers’ families started to move in, and resources, such as a movie theater, a YMCA, “officer’s club,” public school, and three chapels, were built. This house is located next to the Admirals House in Nolan Park. 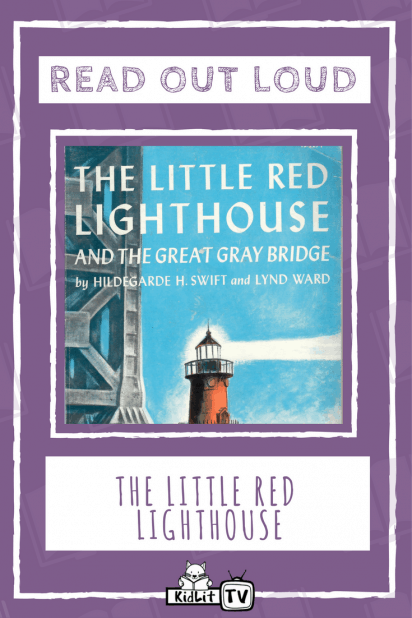 On the Manhattan bank of the Hudson River, a small lighthouse–made of steel  and painted bright red–proudly protects boats with his faithful beam. One day a  great expanse of gray steel, which also shines a bright light into the fog and  darkness, is built over it. The little red lighthouse feels insignificant and useless in  comparison but soon learns that . . . small can be mighty!

Read Out Loud: NO KIMCHI FOR ME!