StoryMakers host Rocco Staino interviews Michael Rex the illustrator, and author of the FANGBONE! series. Learn more about Michael Rex and his adventure of becoming an illustrator on this episode of StoryMakers!

Michael wants to see your drawings! Draw your favorite Monster Character or fanart of Fangbone and share it with him HERE! 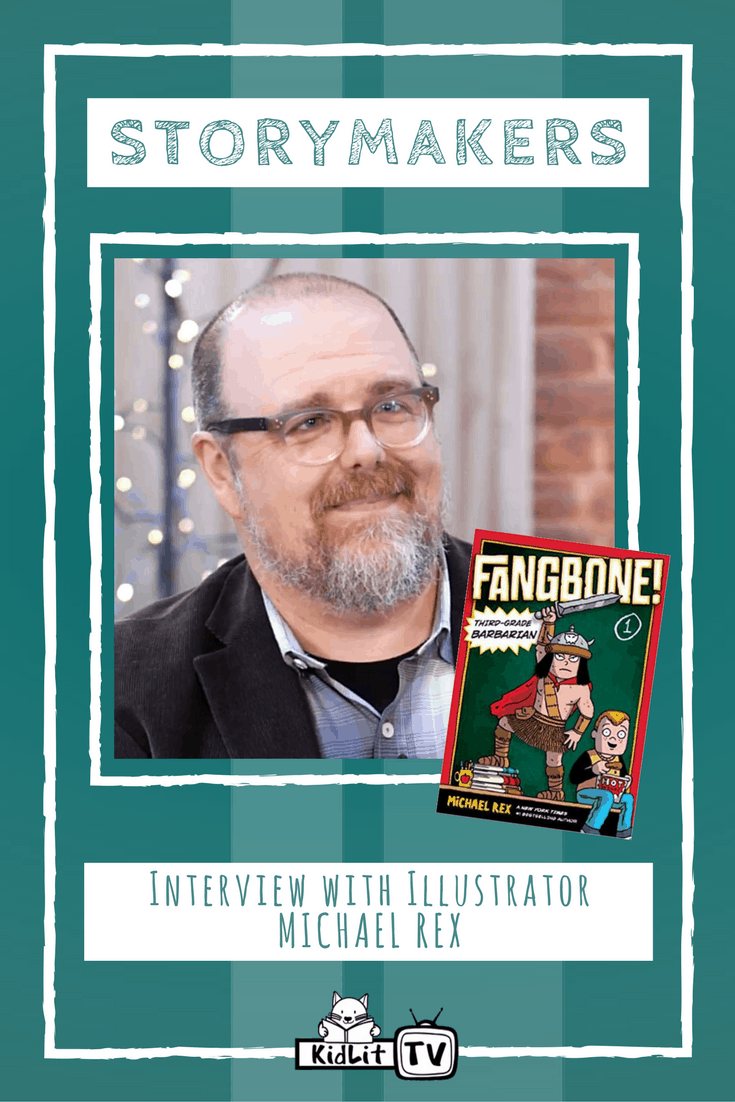 Eastwood Elementary has a new student, and he’s nothing like the other kids in 3G. Fangbone is a barbarian warrior from another world! And he’s been charged with the task of keeping a deadly weapon from Skullbania’s vilest villain, Venomous Drool. Can Fangbone’s new classmates team up to help him triumph over hound-snakes, lava-ferrets, and his first pop quiz?

Class 3G gets a new class pet from Fangbone’s barbarian home world – an unhatched egg of the legendary White-titan Razor-dragon! But the evil Venomous Drool is also after the egg, and Fangbone must turn to his classmates to help protect it from dangerous enemy attacks. With Eastwood Elementary’s science-themed pageant fast approaching, can the third-graders come up with the perfect class project and take care of the egg until it hatches?

Fangbone and his friends are full of ideas for Eastwood Elementary’s “Invention Convention.” Unfortunately, Venomous Drool has ideas of his own–like sending a curse to crush Fangbone! But when the misdirected spell sends a terrifying monster to attack Bill at his birthday party instead, Fangbone must invent a way to save his best friend–and fast!

MICHAEL REX is the creator of over thirty books for children, including the number one bestseller Goodnight Goon and the Fangbone! series. He was inspired to create Icky Ricky by his two boys, Declan and Gavin, who are fine young citizens, but very disgusting. Gavin eats ketchup on cake, and Declan uses a marker to color his belly button. Along with the boys, Mr. Rex lives with his wife and their dog, Roxy, in Leonia, New Jersey. Both his wife and the dog are not disgusting at all.