Read along with author Ame Dyckman and illustrator Zachariah OHora on this episode of Read Out Loud! In READ THE BOOK, LEMMINGS!, First Mate Foxy cannot get the lemmings to understand his book! Why? They can’t read! Will the lemmings ever learn? 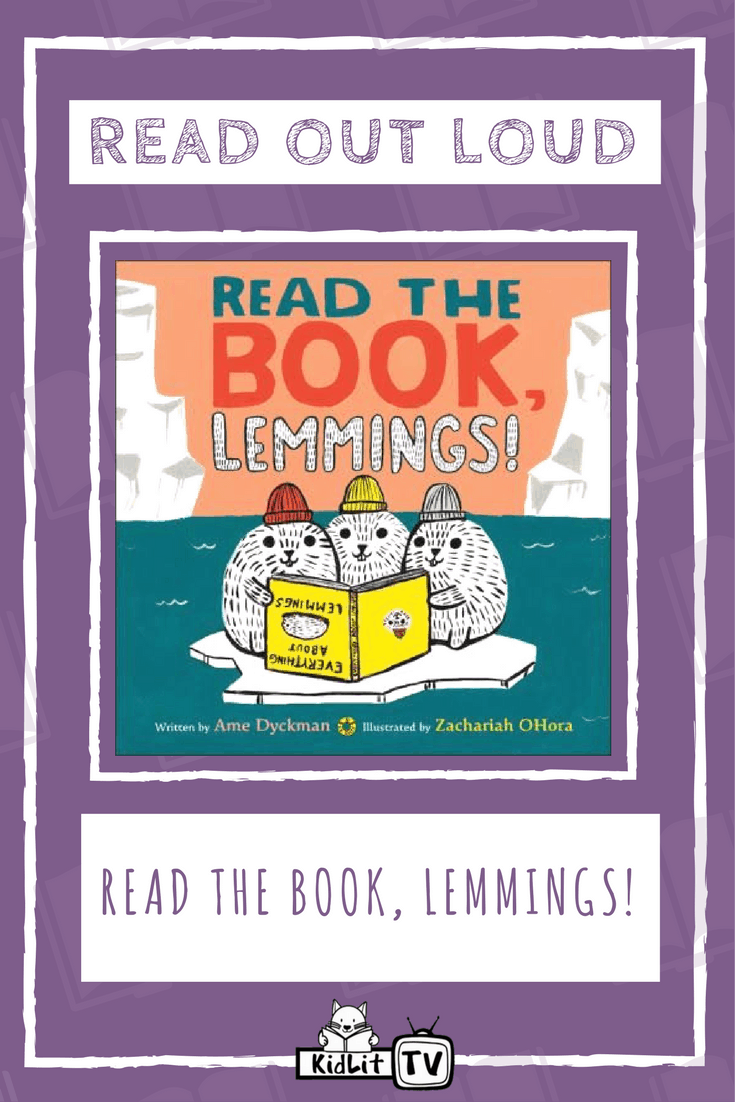 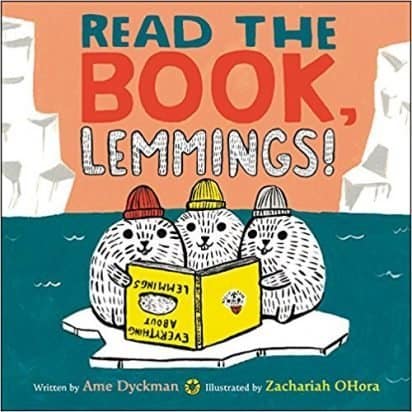 Aboard the S.S. Cliff, First Mate Foxy reads an interesting fact: “Lemmings don’t jump off cliffs.” But Foxy can’t get the lemmings on the Cliff to read his book, too. They’re too busy jumping off. After a chilly third rescue, exasperated Foxy and grumbly polar bear Captain PB realize their naughty nautical crew isn’t being stubborn: The lemmings (Jumper, Me Too, and Ditto) can’t read. And until Foxy patiently teaches his lemmings to read the book, he can’t return to reading it, either!

Ame Dyckman is short, loud, mischievous, and often dresses like her book characters. (SEE?!) She’s also the award-winning, internationally-translated author of the fantastically illustrated (THANKS, illustrators!) picture books BOY + BOT, TEA PARTY RULES, the New York Timesbestselling WOLFIE THE BUNNY, HORRIBLE BEAR!, YOU DON’T WANT A UNICORN! (on sale February 14, 2017!), and more picture books and board books in the works! Ame lives in central New Jersey with her family, ridiculously big-eared cat, book collection, closet full of hair dye colors, and of course, the characters from her stories. (For reals! She’s currently building a homemade swimming pool for the protagonist of her upcoming series, MISUNDERSTOOD SHARK—mostly so she can have her bathtub back.)

Zachariah is the illustrator of the New York Times bestseller Wolfie the Bunny. His debut as an author, Stop Snoring Bernard! won the 2011 Society of Illustrators Founders Award and was the 2012 State of PA Dept of Ed One book. His follow up, Not Fits Nilson! was named the Huffington Post Best Children’s Book of 2013, a Kirkus Best Picture Book of 2013, a New York Public Library Book for Reading and Sharing and was given the PALA Carolyn W. Field Award. His book My Cousin Momo! was named by the Boston Globe a Best Picture Book of 2015 and was a Junior Library Guild Selection. His latest book The Not So Quiet Library hits shelves July 19th. He lives and works in Narberth, PA with his wife, two sons and two cats.

I was impressed with all the props, the animation, costumes and practice which perfected the reading! And of course, I’m buying the book to get my 6 year old grandson lemming to learn to read! My 8 year old grand daughter lemming will enjoy reading it out loud with him too.

I loved that book awesome I’m in 3rd grade

i loved it the cute little uhmm tings dont lisen..

That was so cute and i love how they set up the props so cute! Even though I’m a princess I loved that book

That was so cute and i love how they set up the props so cute! Even though I’m a princess I loved that book

My students are going to love this! I’m going to link it on my website after I share the book in library class.

Can I be the next library time?

We already loved this book and are now enjoying this presentation immensely. Thank you!!!

Lots of animation enjoyed the acting

I love this book ms. Laurendine❤❤❤

i think that you can sometimes forget thing like how to read.

That was so fun and kinda silly!
Hope there’s more!???

Hello nice to meet you

So funny! The lemmings were SO cute!

it was funny and nice

so so so silly hahahahaha

he he so funny

it was a cute book and a sweet story

I LOVE THIS BOOK.

I LUVE It from NOOB

I really loved the book it was funny

sosososososo silly loved it so much can i pick a book

I think it is cool how the lemmings jump of the table and I love the costomes.It is a funny and sweet book.

Wow!
what a ssssssuuuuuupppeeeerrrrr ccccooooooooooooooolllllllllll book
And ? funny
It has very cute pictures

you are right great book

that amazin book u have here

I lllllooooooooooovvvvvvveeeeeee it and it’s funny. evryone has to see it. IT”S JUST SSSSSSSOOOOOOOOO AWESOME that i can’t stop talking about it.

I love it too. If I’d pick any book I would pick that one!

The lemmings were cute.

I loved the book so much It was so cute and funny!!

I love the book because it is too funny

THIS WAS SOOO cute I WANNA HERE MORE

It is wow ? it is really really cute

Read Out Loud MARY HAD A LITTLE GLAM