On this episode, read LOST AND FOUND CAT: THE TRUE STORY OF KUNKUSH’S INCREDIBLE JOURNEY with author and photographer Doug Kuntz! Do you have a pet that you would go on a journey with? 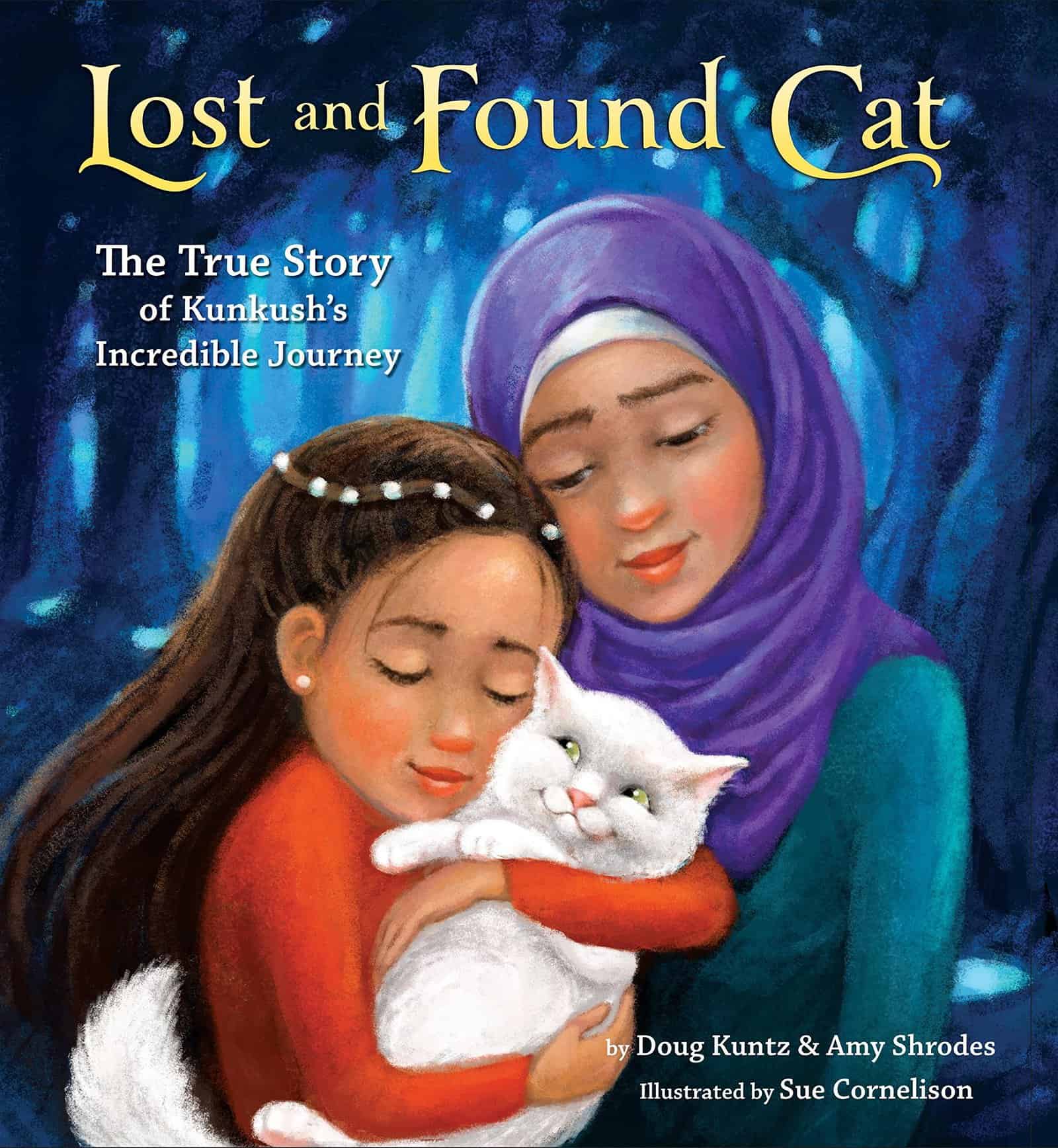 When an Iraqi family is forced to flee their home, they can’t bear to leave their beloved cat, Kunkush, behind. So they carry him with them from Iraq to Greece, keeping their secret passenger hidden away.

But during the crowded boat crossing to Greece, his carrier breaks and the frightened cat runs from the chaos. In one moment, he is gone. After an unsuccessful search, his family has to continue their journey, leaving brokenhearted.

A few days later, aid workers in Greece find the lost cat. Knowing how much his family has sacrificed already, they are desperate to reunite them with the cat they love so much. A worldwide community comes together to spread the word on the Internet and in the news media, and after several months the impossible happens—Kunkush’s family is found, and they finally get their happy ending in their new home.

This remarkable true story is told by the real people involved, with the full cooperation of Kunkush’s family.

Amy Shrodes and Doug Kuntz felt compelled to travel to Greece to help with the refugee crisis, each in their own unique way—Amy as a volunteer helping the arriving refugees and raising awareness back at home through a podcast, and Doug as a photojournalist, who spent time in Greece, Turkey, France, Germany, and finally Norway, bringing the plight of the refugees to people around the globe. When they met Kunkush, they knew he was very special to someone and they wanted to do everything they could to reunite him with his family.

I really liked the story.

sometimes you can lose things and then find things.

This book is really good and hooking.

i absolutely love this book that a lot.

this is a great book

I love the story.

I read this story, I love it.

I love it so much

I Love it It a every good book ?

yeah that is great

Wow I love this book!