On this episode of StoryMakers, Rocco interviews author Susan Verde! Learn what mindfulness means, enjoy listening to a singing bowl, and find new ways to stay calm and peaceful. Namaste :-) 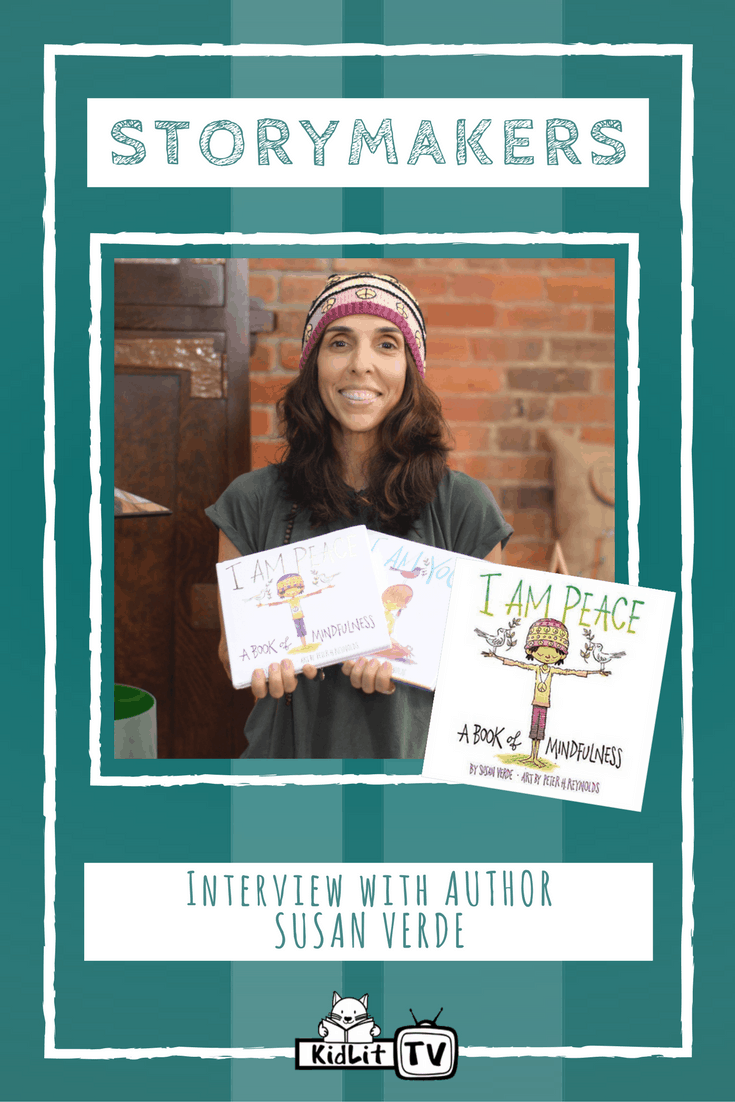 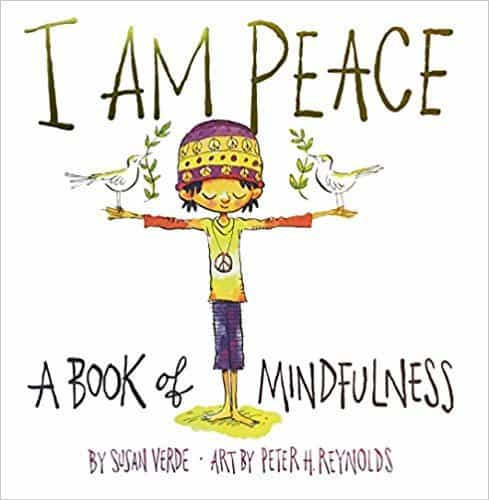 Written by Susan Verde; illustrated by Peter H. Reynolds
When the world feels chaotic, find peace within through an accessible mindfulness practice from the bestselling picture-book dream team that brought us I Am Yoga. Express emotions through direct speech. Find empathy through imagination. Connect with the earth. Wonder at the beauty of the natural world. Breathe, taste, smell, touch, and be present. 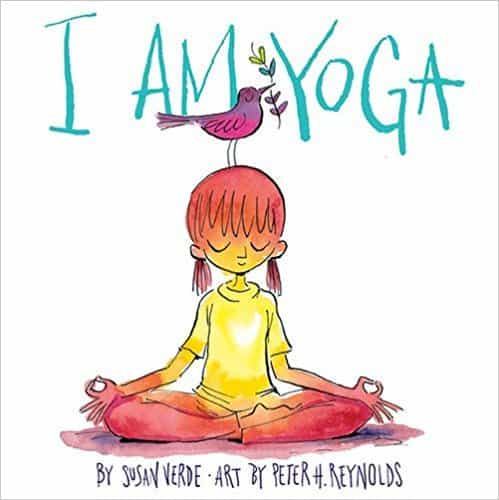 Written by Susan Verde; illustrated by Peter H. Reynolds
An eagle soaring among the clouds, a star twinkling in the night sky, a camel in the desert, or a boat sailing across the sea . . . Yoga has the power of transformation. Not only does it strengthen bodies and calm minds, but with a little imagination, it can show us that anything is possible. 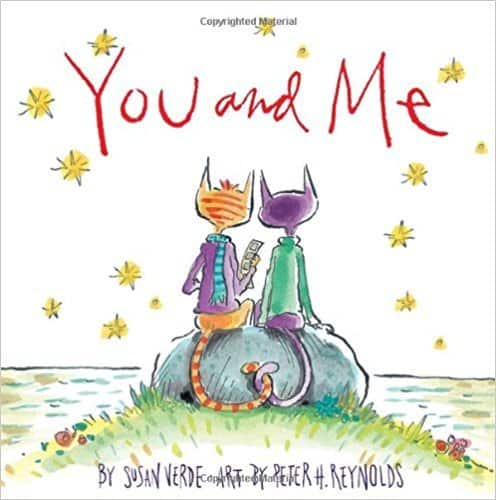 Written by Susan Verde; illustrated by Peter H. Reynolds
You and Me is a loving tribute to how fate brought two best friends together. An adorable cat muses about the what-ifs in life: What if he had slept late that one special morning? What if he’d missed his train on that fateful day? Then he might never have met his favorite person in the world, and his entire life would be different! 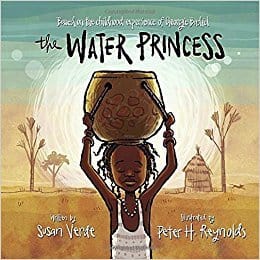 Written by Susan Verde; illustrated by Peter H. Reynolds
With its wide sky and warm earth, Princess Gie Gie’s kingdom is a beautiful land. But clean drinking water is scarce in her small African village. And try as she might, Gie Gie cannot bring the water closer; she cannot make it run clearer. Every morning, she rises before the sun to make the long journey to the well. Instead of a crown, she wears a heavy pot on her head to collect the water. After the voyage home, after boiling the water to drink and clean with, Gie Gie thinks of the trip that tomorrow will bring. And she dreams. She dreams of a day when her village will have cool, crystal-clear water of its own 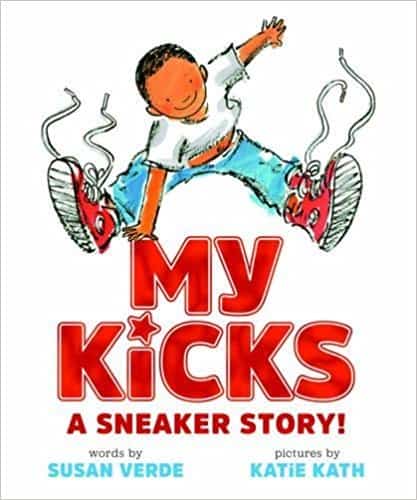 Written by Susan Verde; illustrated by Katie Kath
Boys love sneakers. But when a child finds that his toes have outgrown his favorite shoes, and they’ve gotten too dirty and smelly, his mom says it’s time for a new pair. Resistant to let go, the boy reminisces about all the good times he’s had with his favorite kicks on the city streets. There’s the paint splatter from his masterpiece and the drip from a Popsicle. There’s the scuff from when he fell off his skateboard. And there are those frayed laces that he learned to tie in bows and doubles. A new pair just won’t be the same. But, with bigger shoes to fill, the boy realizes new adventures await him. Maybe he could paint a little better? Or skate a little faster? 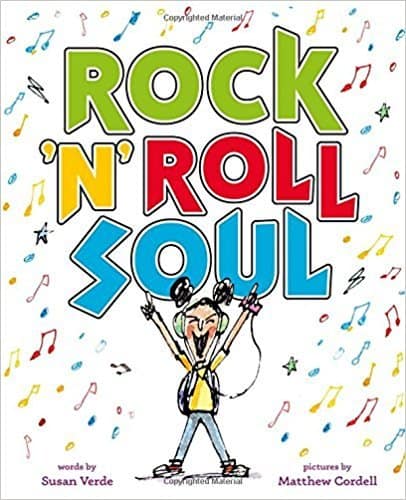 Written by Susan Verde; illustrated by Matthew Cordell
With the school talent show coming up, a young music lover spends most of her time daydreaming about the perfect act. She notices the sounds around her, like the brrrrring of the school bell or the rappa-tappa-tap of rain on the windowpane. But the talent show is the place to reveal her own voice. Will she mix up some hip-hop beats? Will she command an orchestra of dozens, bringing the classics to life? Or, will she go electric, Jimi Hendrix style? Marching out on the talent show stage to the beat of her own drum, this sweet and sassy musician ultimately chooses to be herself and sing her own song loud and proud, “I’ve got a rock ’n’ roll soul!

Susan grew up in the heart of Greenwich Village in NYC. As a kid she kept a piece of chalk in her pocket (for spontaneous hopscotch) and her skate key around her neck, ready for the next adventure. She found inspiration everywhere and loved to write all about it! Now Susan lives by the sea in East Hampton, New York with her 3 children and their dog, Gizmo. She still finds inspiration everywhere and writes it all down! In addition to writing books for kids she also teaches yoga and mindfulness to children of all ages. She is a yogi herself and is still working on her headstand.

Susan, you and Peter are such a perfect KidLit pair! :)

StoryMakers in the Kitchen with Aram Kim