KLTV SPECIAL: IN STUDIO with Sean Qualls and Selina Alko

We are so happy to present the premiere of In Studio, where we visit artists’ studios around the world! In this episode, Sean Qualls and Selina Alko share tips on collaborating and staying creative. Making art is a way to express yourself and share your ideas with the world. Get inspired and create! 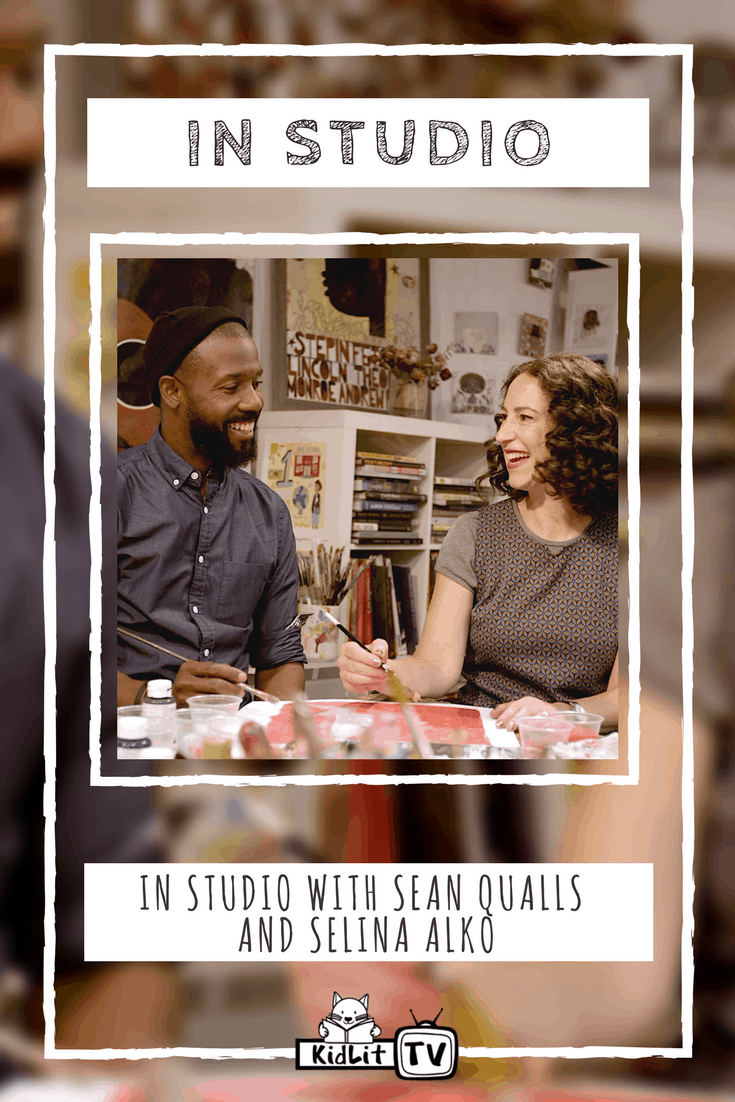 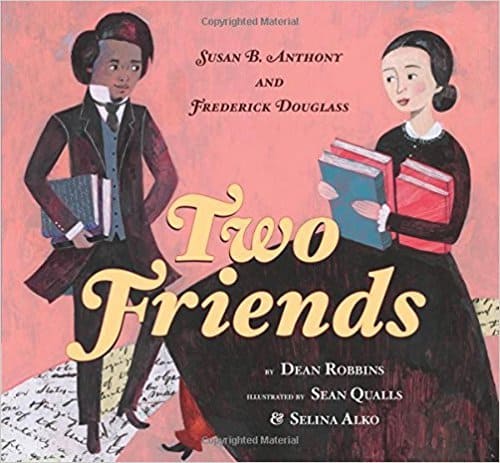 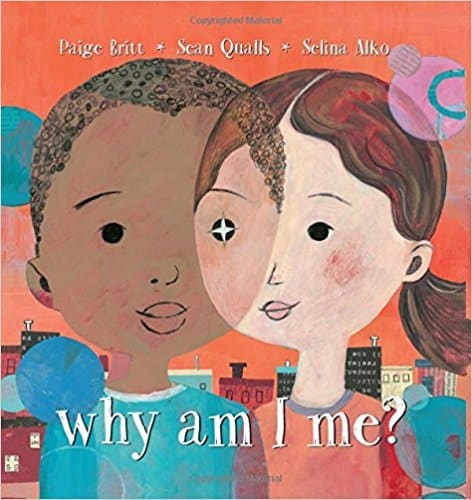 WHY AM I ME?
by Paige Britt; illustrated by Sean Qualls & Selina Alko
Presented as a thoughtful, poetic exchange between two characters — who don’t realize they are thinking and asking the very same questions — this beautiful celebration of our humanity and diversity invites readers of all ages to imagine a world where there is no you or me, only we. If the first step toward healing the world is to build bridges of empathy and celebrate rather than discriminate, Why Am I Me? helps foster a much-needed sense of connection, compassion, and love. 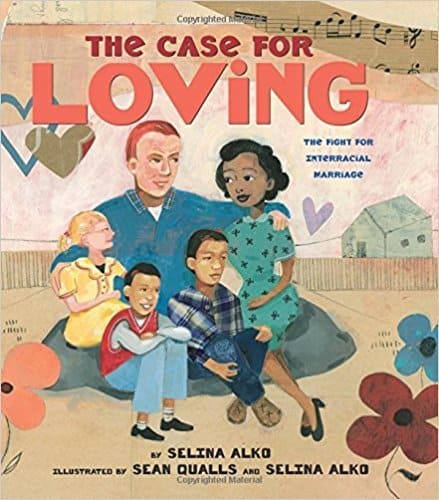 A CASE FOR LOVING
by Selina Alko; illustrated by Sean Qualls & Selina Alko
This is the story of one brave family: Mildred Loving, Richard Perry Loving, and their three children. It is the story of how Mildred and Richard fell in love, and got married in Washington, D.C. But when they moved back to their hometown in Virginia, they were arrested (in dramatic fashion) for violating that state’s laws against interracial marriage. The Lovings refused to allow their children to get the message that their parents’ love was wrong and so they fought the unfair law, taking their case all the way to the Supreme Court – and won!

Sean Qualls finds inspiration everywhere. Growing up in the 70’s in central New Jersey, his family didn’t have much money for art supplies but he made the best of what was available; discarded paper, blank end pages from old books and sometimes walls much to his mother’s chagrin. Some of his earliest inspirations were the crayons and coloring books his mom would buy for him and his older sister, drawing and handwriting competitions with classmates and an illustrated bible he received for Christmas in the 2nd grade.He moved to Brooklyn to attend art school at Pratt Institute. After only a year and a half he dropped out but continued to educate himself while working full-time at the Brooklyn Museum. Sean’s books and illustrations often explore history and non-fiction subjects. His fine art focuses on race & identity and the intersection of history & mythology, ultimately examining how we create our own identities or allow them to be scripted to for us.  Together his paintings and illustrations reveal  simultaneously unique and universal moments that reveal the human spirit. Sean’s most recent books include Why Am I Me?, The Case for Loving and Two Friends all of which he illustrated with his wife, illustrator/author Selina Alko. He has also illustrated Emmanuel’s Dream (Schneider Award recipient) written by Laurie Ann Thompson, Giant Steps to Change the World written by Spike Lee and Tonya Lewis Lee and Before John Was a Jazz Giant (Coretta Scott King Illustrator Honor) written by Carole Boston Weatherford. He lives in lives in Brooklyn (where you can find him DJing on occasion) with his wife and their two children.

It is no wonder that award-winning writer-illustrator Selina Alko now spends her days melding words and mixed-media art to convey stories of hope and inspiration—as well as an alternative viewpoint. Growing up in Vancouver, British Columbia with a Turkish father who spoke seven languages and taught painting, and a mother who worked in the family’s century old metal recycling business, she was surrounded by the melody of words and stories from different places, and varied visual possibilities; her affinity for working with words and art was established early on, as was an interest in establishing a creative family environment that encouraged personal expression. When Selina was in elementary school her entire family would attend her father’s painting class where they learned about 19th Century Impressionists and German Expressionists and were asked to chose paintings and copy them using acrylics. Not only was this a fascinating art history lesson, it also taught her about the emotional use of color and instilled in her a deep appreciation for painting.Aside from art, Selina’s childhood was also filled with books, Richard Scarry, Curious George and anything by Judy Blume were a few of her favorites, and summers were spent at a Jewish sleep-away camp where her social activist spirit was ignited—as well as a love of folk music.The skills her parents imparted to her as a child, the creative environment that supported them, and the diverse world view she was privy to have inspired and fueled her ever since, and they are evident in her books such as The Case for Loving: The Fight for Interracial Marriage which she co-created with her husband Sean Qualls; Why Am I Me? by Paige Britt and co-illustrated with Qualls; and B is for Brooklyn which she wrote and illustrated herself. “Write what is closest to your heart. What do you care about? What excites you? What makes you feel sad?,” said Selina when asked what advice she would give to an aspiring writer. Now as the mother of two children, Selina and her artist husband look to carry on some of the traditions that encouraged her talents and world view as child and they participate in “family art night.” Her son loves to create detailed, realistic drawings of rap and hip hop artists; her daughter is more free form and uses bold colors and broad brush strokes to create her images. It fills her with pride and wonderment as her kids learn to express themselves and cultivate a love of art. Selina continues to find inspiration in the world around her whether it’s the streets of Brooklyn where she has lived for more than 20 years, her native Canada, or the small but universal experiences of a child as she watches her kids grow up. When she’s not working on a new project, Selina enjoys reading, collaging in her sketchbook and dance-walking in Prospect Park.

Sooooooo veeeeery interesting and INSPIRING! Makes me want to pick up a pencil, a brush, and a pot of glue and get busy. I love this ‘In Studio’ segment and can hardly wait for the next one. KidLit TV rocks!

This was such a wonderful interview with this awesome couple. How fantastic to hear their views on collaborations! I love their chemistry and flow. I have been a been following Sean and Selina for such a long time. It’s wonderful seeing them working together and separate. Enjoyed this very much!

I have long admired the work of these two artists. Thanks for this glimpse into their studio. It is delightful to see them working side by side.

Loved all and as your mom was very interested in your childhood inspiration. Great work the two of you! Mom

Just straight-up beautiful work. Thanks for letting us in to see how you get there, individually, and together.

How very inspiring! It’s definitely not easy collaborating with another artist/writer (I’ve tried it. Sadly, not with much success. But I will say, I did learn a lot from the process.) Love this video! Bravo!

I am a great fan of authors and illustrators, please continue to showcase both, especially in the studio as you did here. Well done and I enjoyed this video.