Enjoy a kid lit recipe featured in the book, MAYDAY, the fifth book in the JUNIOR LIFEGUARD series by Elizabeth Doyle Carey!

3. Layer chips on pan and add lots of cheese, especially in corners. Don’t be stingy. No chip left behind!

4. Broil for one minute or less for cheese to melt. Watch it the whole time! No time to look at social media or anything!

6. Broil nachos for one minute or less. 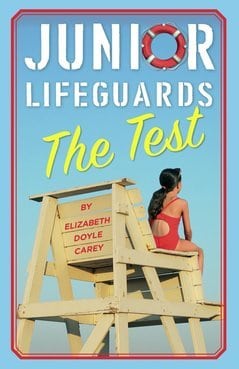 Spend a beachy summer vacation ‘down the Cape’ with Jenna, Piper, Selena, and Ziggy– four girls entering their first season as lifeguards-in-training  on Cape Cod’s famously fun and gorgeous beaches! In this first book of the Junior Lifeguards series, the girls are vying for spots on the summer squad, with ocean legend Bud Slater hand-picking a team of winners to participate. Will they or won’t they make the team? And what of the cute boys who are vying for spots, too: handsome but troubled Hayden, cute but unreliable Luke, and silent but gorgeous Jack Lee? 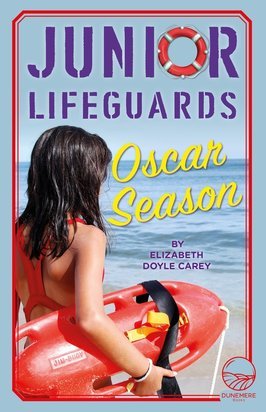 Junior Lifeguards basic training isn’t for wimps! Thirteen-year-old aspiring actress Selena Diaz learns this the hard way during her first week on the squad. Along with best pals Jenna, Piper, and Ziggy, Selena is just getting her feet wet as a lifeguard trainee and the going is tough. What’s    worse, she’s also dealing with a new job, swim lessons, a show-tunes singing math tutor, and a haughty neighbor who’s also kind of her boss. But Selena uses her showbiz enthusiasm to tackle every problem, and squad cutie Hayden Jones and stray kitten Oscar brighten each day. 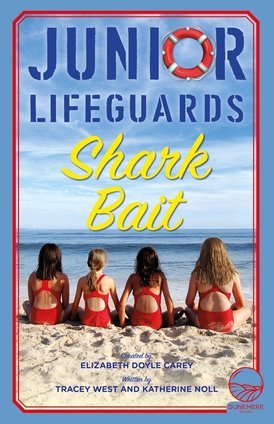 Piper is surprised to find how much she likes being a Junior Lifeguard, except for one thing: she’s still nervous about being in just a bathing suit in public. Will her self-consciousness get in the way of being able to do her job? And what of her ability to trust her instincts and call things as she sees them? Meanwhile, she’s trying to make money and learns the hard way that certain jobs (and co-workers) are not for her. Add to this the revelation that senior guards aren’t all they’re cracked up to be, plus the distraction of adorable Luke Slater, and Piper’s got a lot on her plate. Will she be too self-conscious or distracted to spot the real threats on the beach? Read it and find out! 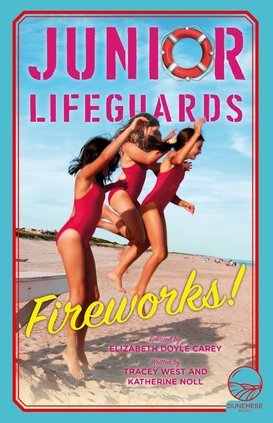 Ziggy Bloom is not a natural Junior Lifeguard. She’s not even much of a swimmer! But she loves the beach and its creatures and the beauty of it all, and sees herself as a guard of all the life on the beach. Her work with the endangered nesting Plovers brings her into direct conflict with Bud Slater in this story, as the Junior squad plans their Fourth of July celebration on the beach. Will Ziggy choose the environment over the Lifeguard crew? And if so, what price will she pay? 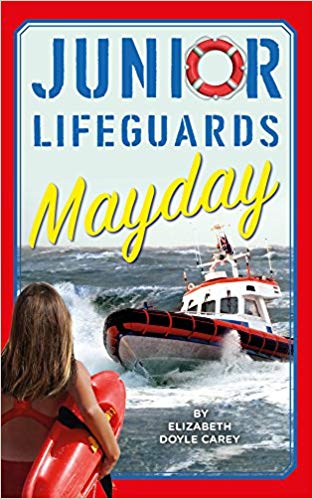 What started off as a fun jaunt to Nantucket quickly turns dire as Junior Lifeguard Jenna Bowers and her pals encounter a boat in distress at sea in Cape Cod. With the Chatham Coast Guard off on another emergency, it’s Jenna’s dad’s fishing boat to the rescue. Will they get there in time? Will they save the passengers? Packed with action and adventure, as well as sleepovers, cute boys, and plenty of tasty baked goods, this book will get pulses racing as readers follow the latest adventures of the wholesome and diverse Junior Lifeguard crew. 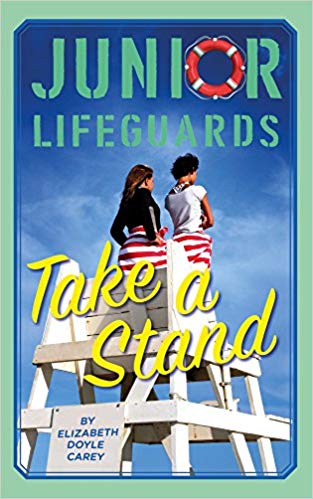 When lifeguarding equipment entrepreneur Farah Hart blows into Westham, Massachusetts, she takes the town by storm. Her company, Hart Corps, hosts exciting events, gives away cool freebies, and peddles sweet gear, making her the most popular gal in Westham. Selena and some of the Junior Lifeguard crew are eager to participate in Farah’s fun events and advertising for her product line. After all, Selena’s always looking for her big break. But when promises and gear are broken and feelings hurt, it’s up to Selena to take a stand and straighten things out. Readers will join a wholesome and diverse crew of young guards in training as they work hard and have fun in the sun on Cape Cod’s beautiful beaches.

Elizabeth Doyle Carey, known as Liz, has been working in book publishing for over twenty years. First she was a bookseller at the Harvard Bookstore, then she worked for a book agent, then she worked as an editor, editorial director, and senior editor for three big children’s book publishing companies: Addison-Wesley (part of Pearson, LLC), Golden Books(now part of Random House), and Workman Publishing.Liz loves to read and has always wanted to be a writer. She has had twenty-seven books for middle grade readers published and would like to double that number in the next three years. Her publishers are Simon & Schuster, Little, Brown, and Planet Dexter (Pearson, LLC).You can find Liz’s books in bookstores, on Amazon.com and Barnesandnoble.com, and even an e-version on funbrain.com!  Liz lives in New York City with her husband and three sons. When she is not reading or writing she is mostly attending hockey and lacrosse games, visiting museums, seeing shows on Broadway, eating cupcakes, or talking to her sisters on the phone.

Love connecting books beyond the words and pages!

These look perfect for my “reluctant reader” students!

My daughter would enjoy reading these as well as sharing them with her friends at school.

Love this! These books seem so fun.

perfect for young readers to read and try it in person!!! good one!

My middle school students would love these books, especially the one that talks about the piping plovers! Hoping I win the series!!

Congratulations, Suzanne! You have won our JUNIOR LIFEGUARDS GIVEAWAY! Please direct message us on Facebook with your address so we can pop your prize in the post!