Even at the height of summer, we can’t help but think, “All seasons of the year are nice, for eating chicken soup with rice.” On this podcast edition of Read Out Loud, join our own Rocco Staino for a romp through Maurice Sendak’s classic picture book, CHICKEN SOUP WITH RICE.

Chicken Soup with Rice: A Book of Months
Written and illustrated by Maurice Sendak
Published by HarperTrophy

Collected in this charming book are twelve lilting rhymes and illustrations for the twelve months of the year, with chicken soup as their universal theme. Although the book starts in the middle of winter — presumably the best time for chicken soup — a case is made for the presence of chicken soup in every season. Even at the peak of the sultry summer: In August / it will be so hot / I will become / a cooking pot / cooking soup of course / Why not? / Cooking once / cooking twice / cooking chicken soup / with rice.

In this tiny volume, first published in 1962, the inimitable Maurice Sendak demonstrates his famous ear for language, rhythm, and wordplay and anticipates the strengths of his later children’s classics such as Where the Wild Things Are and In the Night Kitchen. Likewise, his illustrations here in Chicken Soup with Rice are, as always, playful and witty. Each rhyme is introduced with a decorative bar, framing the name of each month like a calendar. And by the “year’s end,” readers are convinced that all seasons / of the year / are nice / for eating / chicken soup / with rice!

An excellent read-aloud, demonstrating the progression of the year, seasons, and the power of poetry.

Watch the Read Out Loud Episode! 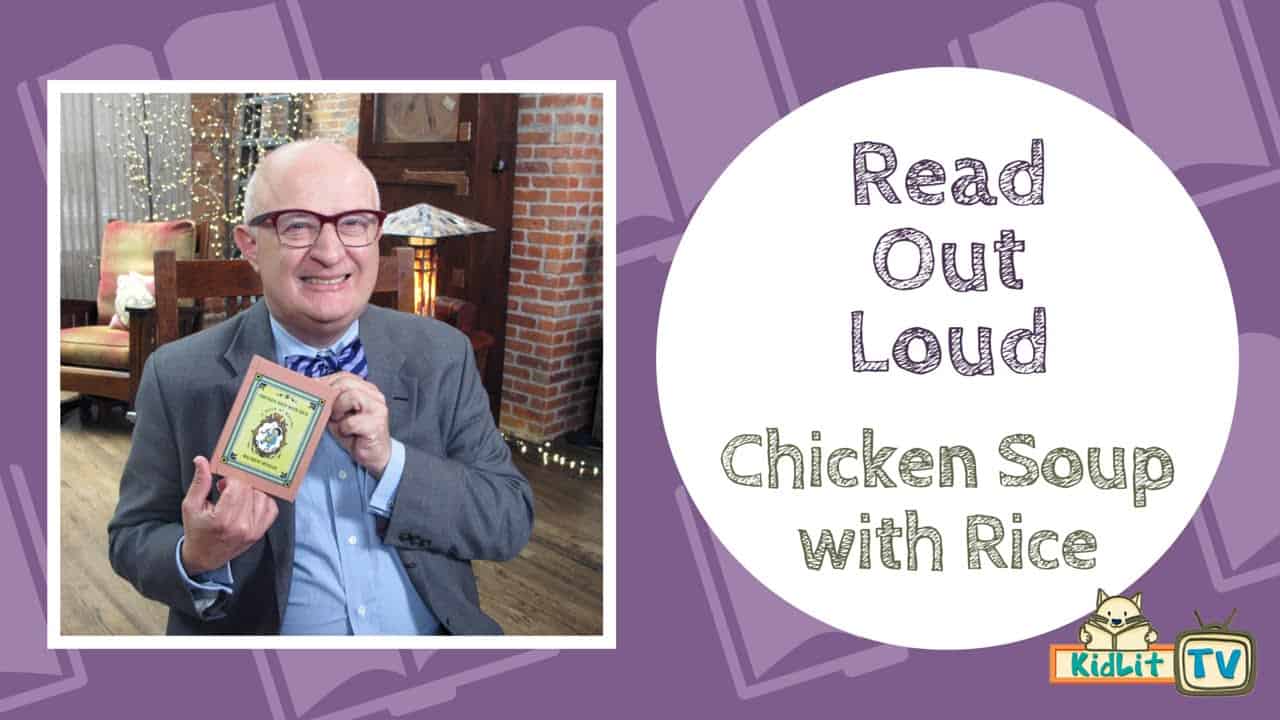