If you know Piper Green, you’ll know she’s in a bit of a pickle. If you don’t know Piper Green, get ready for fun! On this podcast episode of Read Out Loud, join award-winning voice artist, Tavia Gilbert, as she reads from PIPER GREEN AND THE FAIRY TREE: GOING PLACES, written by Ellen Potter and illustrated by Qin Leng only on KidLit Radio! 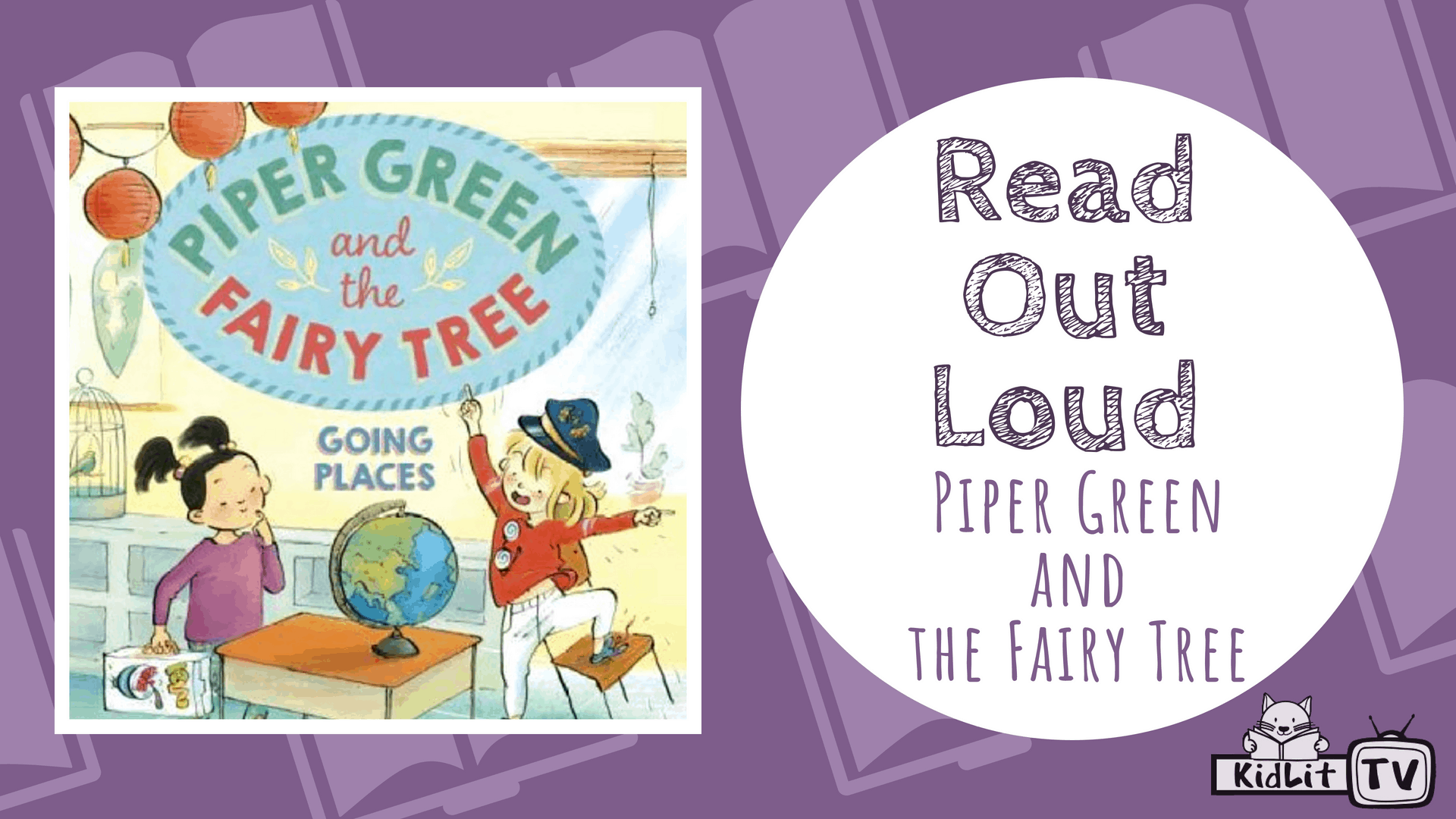 Piper Green’s class is taking a school trip to China—well, they’re taking a “pretend” trip, on a “pretend” airplane. And when all the kids in the class announce they’ve been on a plane plenty of times, Piper says she has, too. After all, it’s just a pretend trip, right? But when Piper gets chosen to be a flight attendant, her little fib suddenly feels like a very big problem. Could the X-ray vision glasses Piper found in the Fairy Tree help her out?

Winner of the 2017 Best Female Narrator Audie Award, Tavia Gilbert is a producer, writer, and acclaimed narrator of more than 500 solo, full-cast, and multi-voice audiobooks for virtually every publisher in the industry, and is a proud member of SAG-AFTRA and Actor’s Equity. She is a nine-time Audie nominee, three-time nominee and one-time winner of Voice Arts Awards, and the recipient of 17 Earphones Awards, a ListenUp Award, and three Parent’s Choice Awards. www.taviagilbert.com

Ellen Potter is the author of more than ten books, including the bestselling Olivia Kidney series and the award-winning novels Slob, The Kneebone Boy, and The Humming Room. Her most recent series for boys, Otis Dooda: Strange but True, is a Cybils Award nominee. Learn more about Ellen at www.ellenpotter.com.

Qin Leng was born in Shanghai, and later moved to France then Montreal. She now lives in Toronto with her partner and works as a designer and illustrator. Her father, an artist himself, was a great influence on her. She grew up surrounded by paintings, and it became a second nature for her to express herself through art.

KidLit RADIO: DINNER AT THE PANDA PALACE Read Out Loud