What Becomes a Classic? with Leonard Marcus THE DREAM KEEPER

Leonard Marcus is a prize-winning author, curator, NYU professor and authority on children’s literature. Who better than for KidLit TV to team up with to take a closer look at books so good, they never get old? What Becomes a Classic? is all about exploring this theme — digging into historical and cultural context around the creation of a children’s classic.
On this episode, Leonard travels to the NYPL’s Schomburg Center for Research in Black Culture in Harlem, New York City to learn about a very special book of poems called THE DREAM KEEPER by Langston Hughes. There, he’s joined by special guest, librarian and archivist Alexsandra Mitchell who takes us on a journey through the life and times of Langston Hughes. Together, they work out what makes THE DREAM KEEPER as relevant today as it was when it was written in 1932.
ABOUT THE BOOK 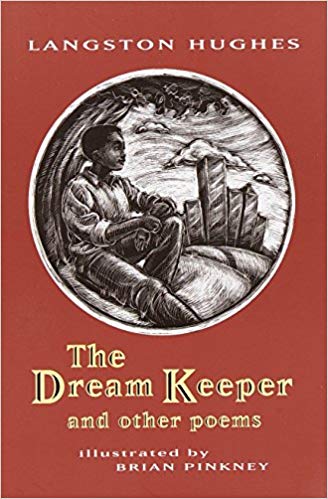 THE DREAM KEEPER and OTHER POEMS by Langston Hughes, illustrated by Brian Pinkney
First published in 1932, “The Dream Keeper” is Langston Hughes’s only collection of poems for children. It includes some of Hughes’s best-known, best-loved and most powerful works, poems filled with spiritual energy. Hughes’s inspirational message to young people is as relevant today as it was in 1932.
Langston Hughes (1902–1967), a central figure of the Harlem Renaissance and one of the most influential and esteemed writers of the twentieth century, was born in Joplin, Missouri, and spent much of his childhood in Kansas before moving to Harlem. His first book of poetry, The Weary Blues, was published in 1926; its success helped him to win a scholarship to Lincoln University, in Pennsylvania, from which he received his B.A. in 1929 and an honorary Litt.D. in 1943. Among his other awards and honors were a Guggenheim Fellowship, a Rosenwald Fellowship, and a grant from the American Academy of Arts and Letters. Hughes published more than thirty-five books, including works of poetry, short stories, novels, an autobiography, musicals, essays, and plays.
ABOUT LEONARD
Leonard’s pathfinding writings and exhibitions have earned him acclaim as one of the world’s preeminent authorities on children’s books and the people who create them. He is the author of more than 20 award-winning biographies, histories, interview collections, and inside looks at the making of children’s literature’s enduring classics. His reviews and commentary have been featured in the New York Times Book Review, Washington Post, The Horn Book, and on numerous radio and television programs including Good Morning America, All Things Considered, PBS NewsHour, BBC Radio 4, CBC As It Happens, Beijing Television, and Radio New Zealand, among others.
CONNECT WITH LEONARD

HAVING great interest — and love — of Hughes’ work I would like to add that I did the first collection of his work after his death, DON’T YOU TURN BACK: POEMS OF LANGSTON HUGHES (Knopf) in l969, illustrated in two-color woodcuts by Ann Grifalconi, which was an ALA Notable. THE DREAM KEEPER AND OTHER POEMS was reprinted in l994, with wood engravings by Brian Pinkney. At that time Janet Schulman, Publisher at Knopf invited me to do the Introduction to the book and asked if I would select an additional seven poems from his body of work. About the Introduction she wrote: “It is a wonderful tribute to one of the our most important poets and there is no one else who could have done it as well you did.”

In 2007, the 75th Anniversary Edition appeared proving to all to “Hold fast to dreams..”.

It’s always good to hear from the great Lee Bennett Hopkins who has done more than anyone to keep poetry for young people alive and well in our part of the world. Let’s all make April the COOLEST month with poetry.