Read Out Loud | ONCE A MOUSE

Join Rocco as he reads a selection from his library of classic picture books. This time it’s Caldecott Medal Winner ONCE A MOUSE, a magical Indian folktale re-told by Marcia Brown. 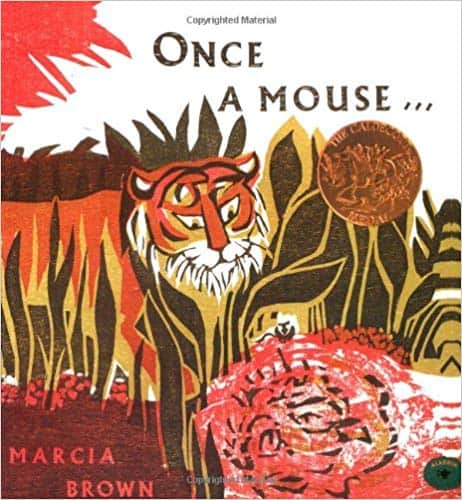 ONCE A MOUSE by Marcia Brown
ONCE A MOUSE is a magical Indian fable that tells the story of a small mouse and a hermit that knows how to change animals into something else. One day the hermit is sitting under a tree when suddenly he sees a little, helpless mouse that is going to be eaten by a cat. The hermit decides to change the mouse into a cat. Later the old man sees the cat afraid of a dog and changes the cat into a dog. The next day the hermit sees a tiger trying to eat the dog and decides to change the dog into a majestic tiger. As the days pass, the majestic tiger begins to think that he is the king of the place and that all the animals must respect him including the old hermit. One day the hermit reminds the tiger that he is really a mouse and that he should not be acting the way he is acting. The tiger feels so angry that he decides to eat the hermit, but he does not know that the old man is able to read thoughts. Finally the hermit changes the tiger back into a mouse and tells him to learn how to take care of himself.

Hi Rocco,
Thanks for reminding me of this wonderful book! I remember reading it so many times as a Classroom Teacher then Library Teacher and finally as a member of the Books for Kids Foundation in one of their Libraries in Williamsburg, Brooklyn that I had the pleasure for being named in my honor. By the way you did an EXCELLENT job of reading the story aloud to all of us.
In appreciation,

I like this book because it is magikle and also very very interesting.

Read Out Loud | THE LITTLE ENGINE THAT COULD