Sarah Eide is a singer-songwriter, pianist, producer, and perhaps most impressively, a young mom! Her new song, “THE BRIDGE SONG” off her forthcoming album “Dreams on Hold” is a lively children’s song about what it means to be a metaphorical bridge— bringing people together from both sides. We sat down with Sarah for a quick interview about her song, her work, and advice for young songwriters! 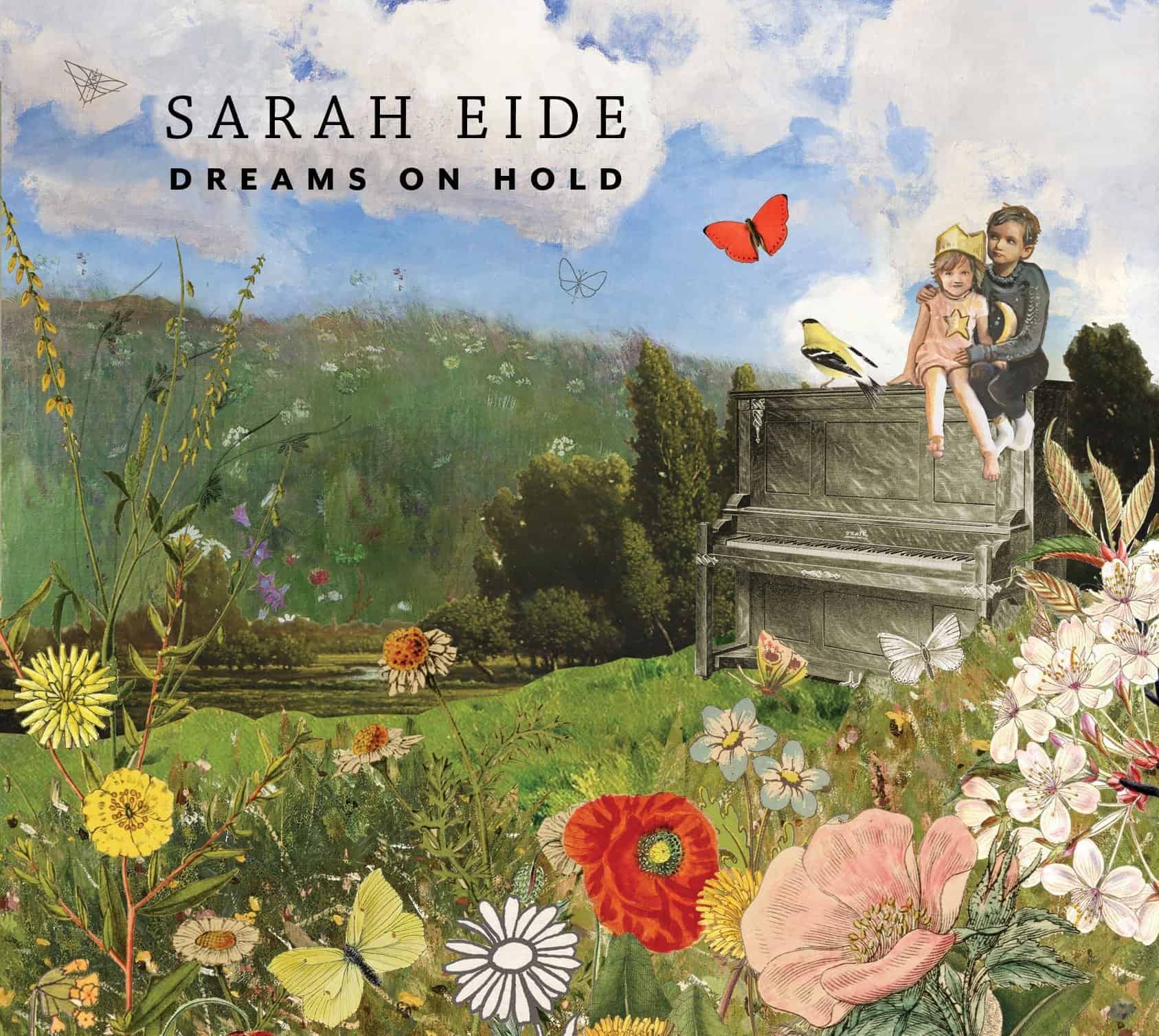 KLTV: How did you come up with the idea for The Bridge Song?

SE: The 2016 Presidential election had a toll on me. It felt there was an ever growing chasm between myself and many people I love and respect, including family members. It felt devastating, and I was only able to share these feelings with couple of close friends. For a year since then I had a song on my heart, but didn’t know how to properly express it. It just kept sounding too dark, too preachy or too cheesy. 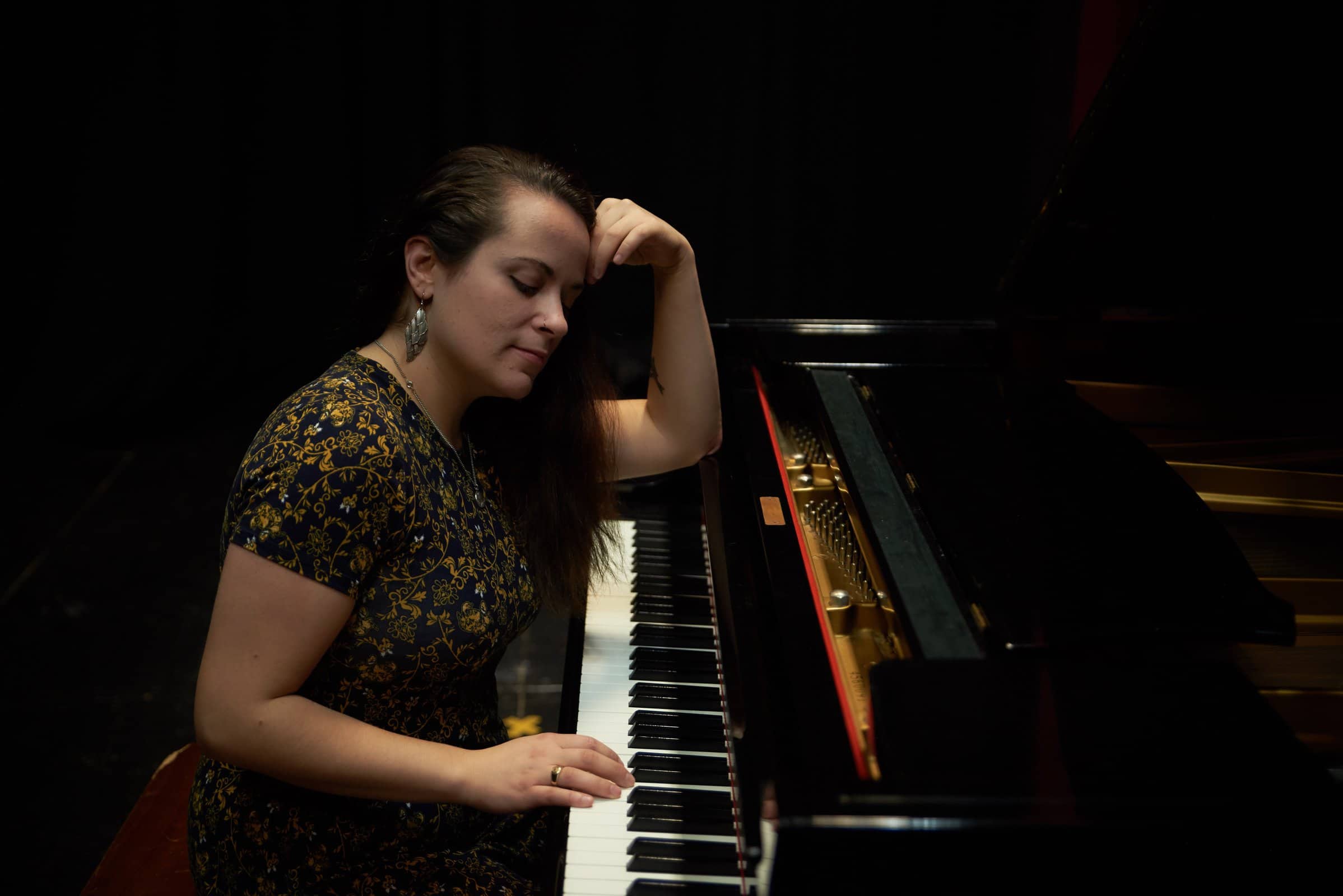 Then by a stroke of luck I took part in a songwriting exercise with some friends. We had an hour to write a song based on a randomly picked genre and topic retrieved from a hat. I reached my hand into the hat and cringed to see I got my own piece of paper which said “Bridge (the metaphorical kind!)” because I thought, SOMEONE needs to write this song, and obviously it won’t be me! Clearly I couldn’t run away from writing about this.

I then reached my hand into the other hat and pulled out a paper that said “children’s song”. Well, it turns out, sometimes the best way to say something is in a way you’d tell the small children in your life. Which is to say: very simply and with as much lightheartedness as you can muster. I started out sheepishly playing this song, but as it turns out, there are a lot of people who feel the same way I do.

KLTV: What message do you want people to take away from the song?

SE: I’d say the basic message is, we all have the ability to be mediators and connectors for different groups of people. That isn’t to say we don’t have our own unique ideas and identities, but rather we have this incredible ability as humans to have compassion and empathy towards others, when we choose to.

This song is meant to empower kids of all ages, from 1 to 101 years old, to be a “Bridge” and bring people of all kinds together. 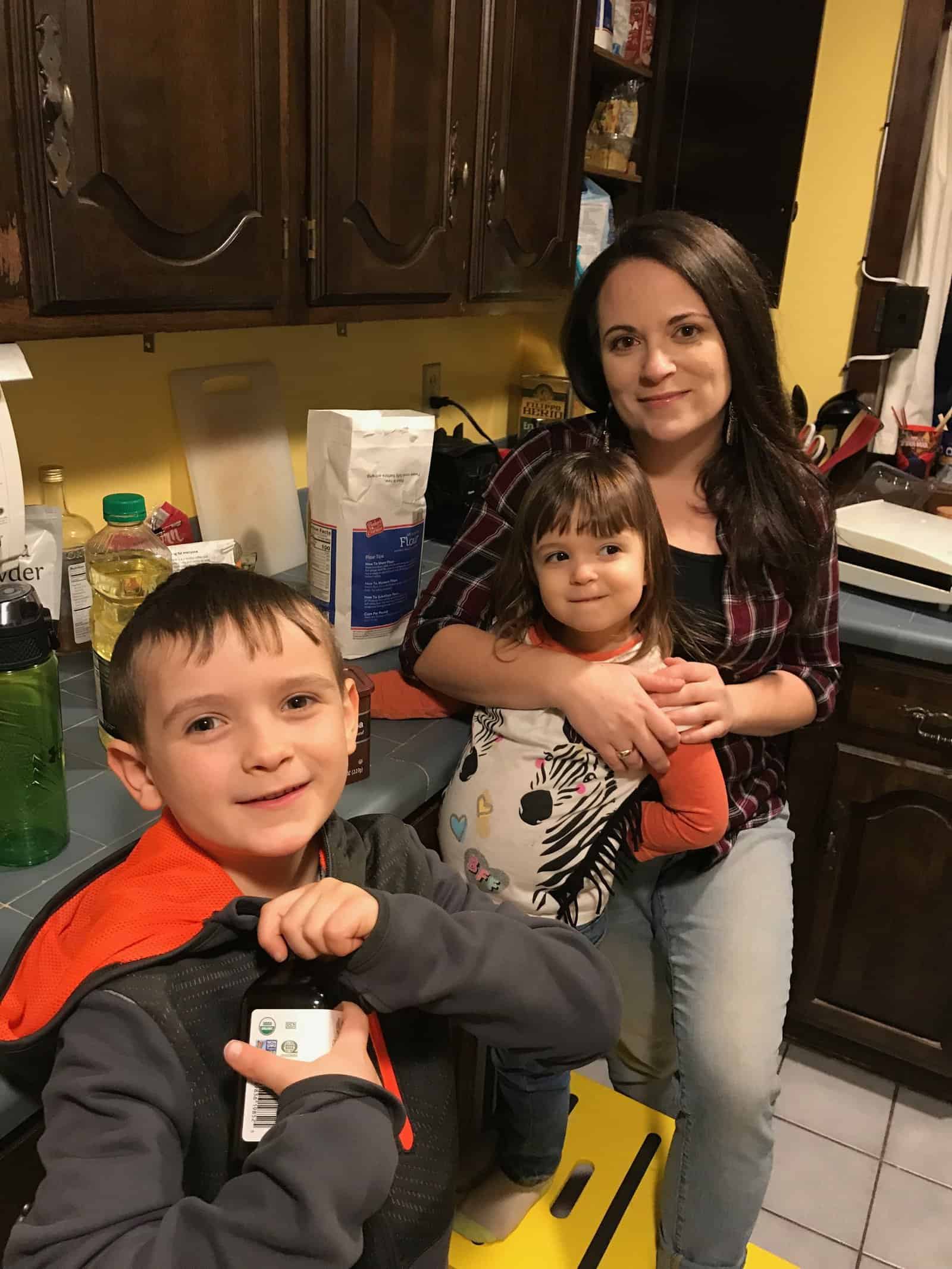 KLTV: The video is so cute! Tell us more about how it came about, and what was the process like?

SE: Thanks! Well honestly I originally imagined the song being an outdoorsy live action video. When I started talking to director Jon Lewis about it, it was January and not exactly warm and sunny outside, which I think the song calls for. But knowing that Jon could also do animation, it struck me that perhaps we could have me in an animated world. That way weather wouldn’t be an issue!

This was definitely the right thing to do because I think going the animated route gave more flexibility in sharing the message very directly and fully. So Jon pretty much came up with a general story line based on the song lyrics, created the animated part of the video (which fun fact: is composed of real life cartoon cutouts he made).  Then I jumped in front of a green screen and performed within the world he created! It was pretty fun and interesting :)

KLTV: This is the only children’s song on your new album, but the rest of the songs all center around the theme of parenthood. How has motherhood influenced your songwriting and what made you want to do a whole album about it?

SE: Wow… I mean motherhood has definitely influenced my writing in many ways, in particular the context and the quality. I’m certainly in the trenches of motherhood everyday, and writing songs about that reality is not only practical but therapeutic.

Additionally, I believe it’s driven me towards message oriented songs… I can’t help but consider that my songs may impact the people listening to them, including my children. Because of that they’ve taken an uplifting turn, but at the same time remain nuanced, because I think people of all ages deserve to hear the full unfiltered story. And that really sums up my album to be honest! 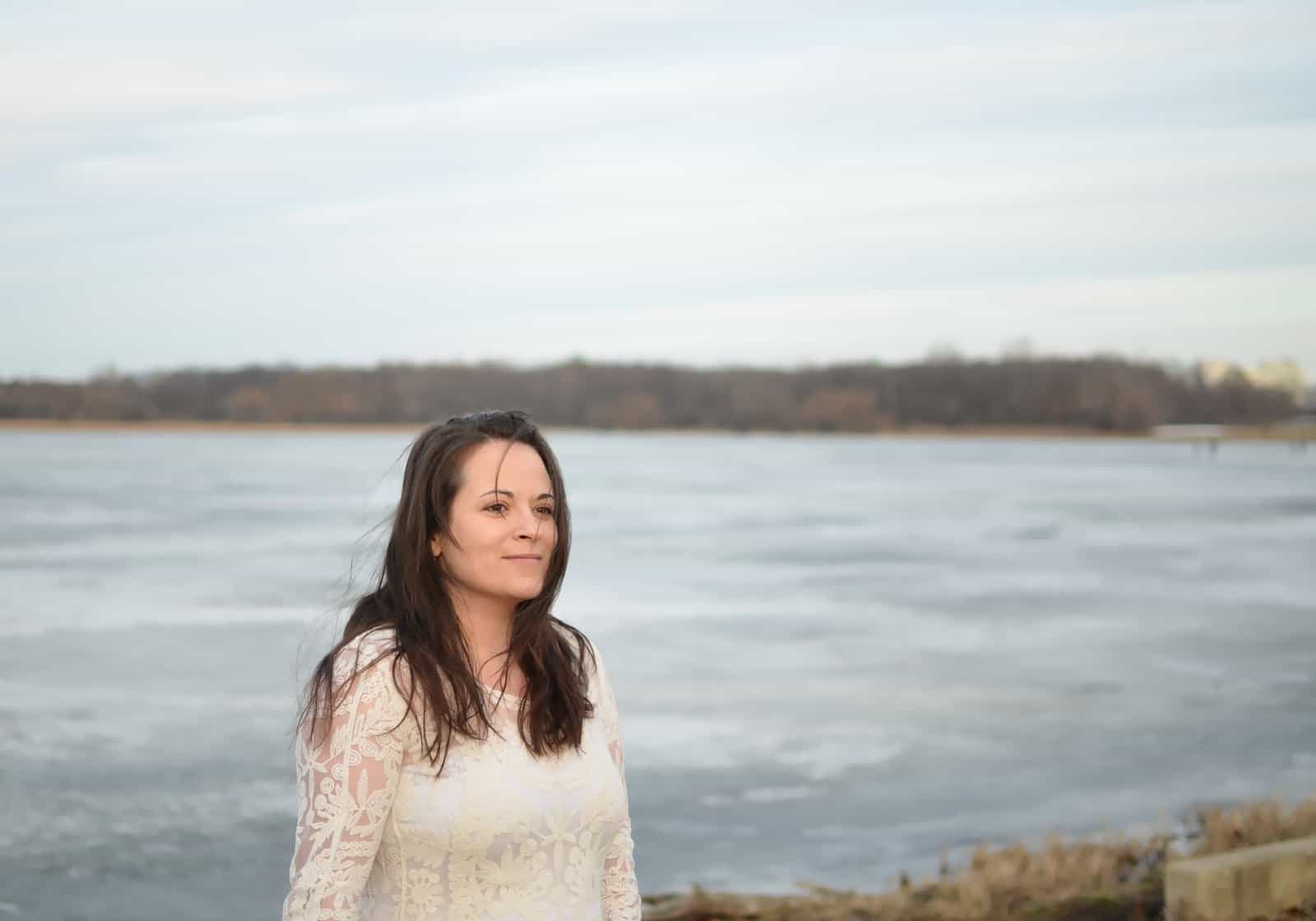 I happened to be writing these very raw, autobiographical songs about motherhood simply out of personal necessity, and I thought to myself “This isn’t really something I’m finding anywhere else… this complex story of what it’s like to be a young parent in today’s world.” So I decided it was something I needed to carry through and share with the world.

It was pretty clear to me there were many other young (and not so young) parents out there who would relate and benefit from this kind of album and storytelling.

KLTV: What advice would you give to young songwriters and their parents?

SE: First of all, just write! Don’t overthink it. The more you write, the better you are bound to get. And don’t be afraid to “steal” tricks, ideas and methods from songwriters you admire. There is this great book called “Steal Like An Artist” by Austin Kleon that goes deep into this that I highly recommend (and it’s short and digestible, not too bad for younger readers.).

Secondly, experiment! This song was only able to be written because I decided to let go of my preconceived notions of “what it should be”. I simply experiment and let it come to life on its own. In other words, don’t be afraid to try out different styles, ideas, genres, meters, chord changes that you might not normally try. Let loose and have fun with it.

Lastly, share! I know this can be the hardest thing. However sharing your song with your parents, siblings, friends, trusted teachers and mentors, is such a great way to grow as a songwriter. Feedback can be a little scary, but it’s so helpful and useful.

As for parents, gentle encouragement for all of the above is a wonderful thing for you to do. And just remember that songwriting is not only a skill but an art, and oftentimes a very personal one. So if your young songwriter shows you something they are working on, no matter what phase its in, remember that in some ways they are basically showing you an entry in their diary.

Critique and feedback are great tools for progress. However, always be sensitive and caring in how you provide it (if you choose to, and particularly if your young songwriter is asking for it).

KLTV: What are some of your favorite Kid Lit books that you read with your kids?

SE: THE WORLD OF PETER RABBIT books by Beatrix Potter is currently on repeat. My Aunt gave me a lovingly used version of the full collection this past summer. Furthermore, my 7 year old in particular has loved choosing which book we’d read each night.  Sometimes he even reads it himself or to his sister.

What I love about Beatrix Potter is her ability to turn these very simple almost mundane stories of rural life into sparkling narratives that really bring these animals to life. Also there are lots of funny moments that have us all laughing.

You can find out more about Sarah and pre-order the new album on her website. Lastly, be sure to check out some of her upcoming shows in and around the tri-state area.